On June 30, the 30th edition of the Oriental Fashion Show took place in Paris, sponsored this year by Bariza Khiari, former Vice-President of the Senate and currently personal representative of the President of the Republic on the Foundation Board of ALIPH (International Alliance for the Rehabilitation of Heritage in Conflict Areas). Bariza Khiari is involved alongside Hind Joudar, founder of the Association “Silk Road and Al Andalus”, because their projects are intertwined and share the same objective: to preserve the cultural heritage of humanity and protect and safeguard the Eastern cultural heritages throughout the world. The Oriental Fashion Show Paris is a must-see and magical event that brings together talented designers from all over the world every year. It was in the prestigious Vendôme lounge of the Ritz Paris hotel that two worlds were fused: East and West. This colourful event is a real place for exchange and meeting between French and Oriental know-how.

Vyacheslav Mikhailovich Zaitsev is a Russian fashion stylist of multiple talents. Before being a designer, he is an artist, author, graphic designer, theatre costume designer… Slava Zaïtsev is also laureate of the State Prize of the Russian Federation. He founded his own Couture house in 1982 and for 40 years, this complete artist who is inspire by art, history and by the nature around him, promotes in his work Russian fashion on the international scene and the importance of Russian artists inside national boundaries. Known today as the “Red Dior”, he became the leader of the Russian fashion and takes part of many fashion events in the whole world. 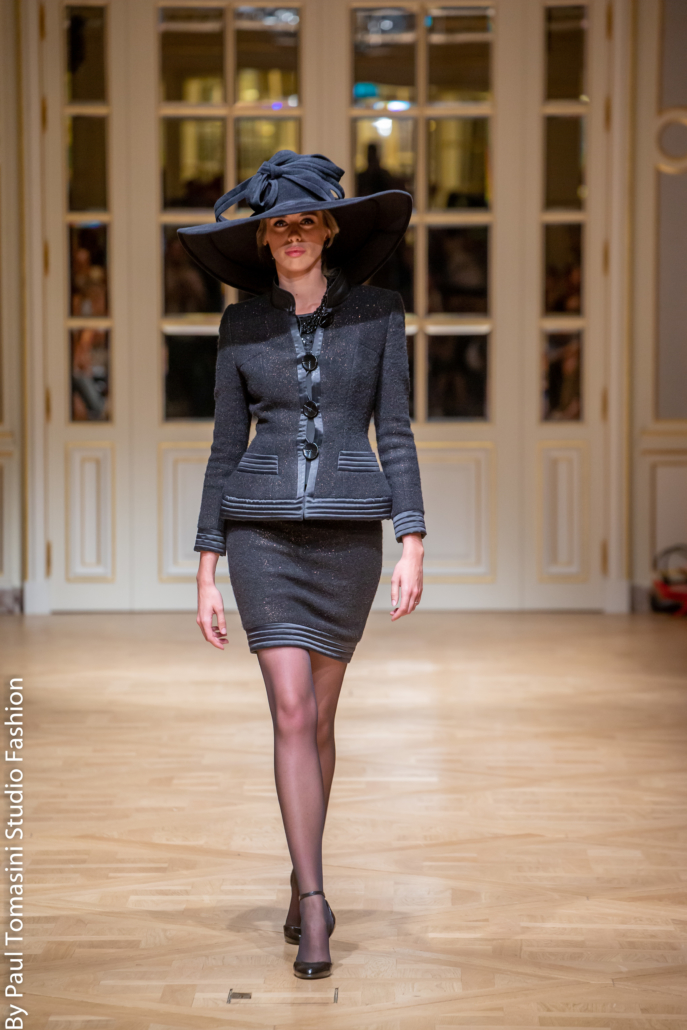 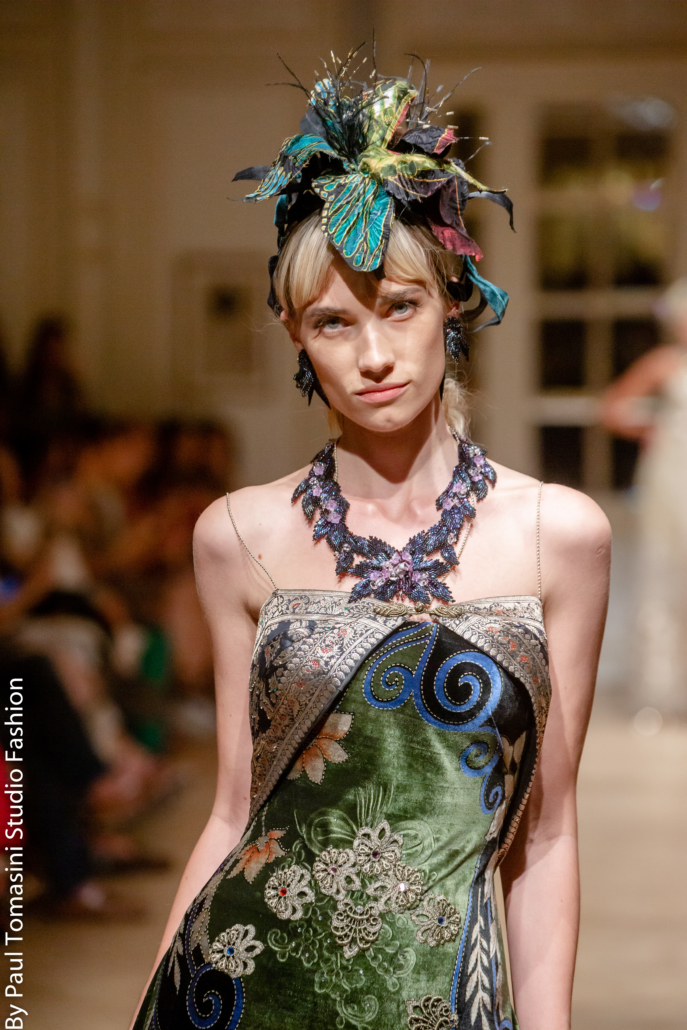 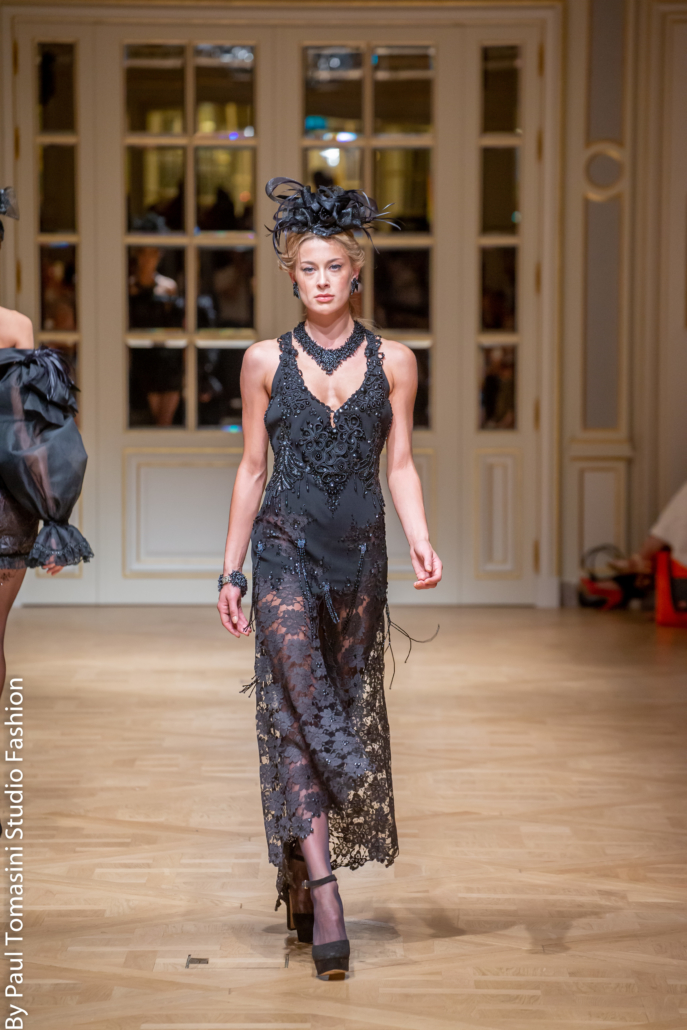 Zadorzi by Constella is a young brand (created in 2017) which has for purpose to disclose and modernize an ancestral embroidery from Central Asia and Persian. This brand combinates these two temporalities through pieces that can be worn in a stylish way and a more casual way. Each of these pieces is handmade craftsmanship and therefore unique. This brand of Kazakhstan already participated at many fashion shows all around Europe (France, Italy) but also in Moscow and Dubai. 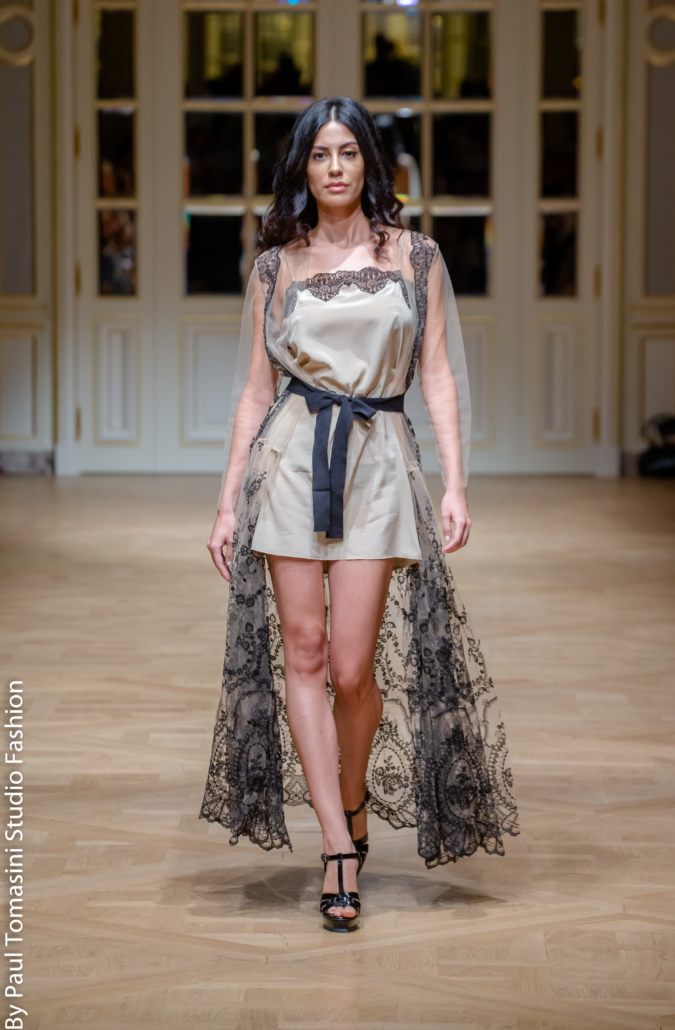 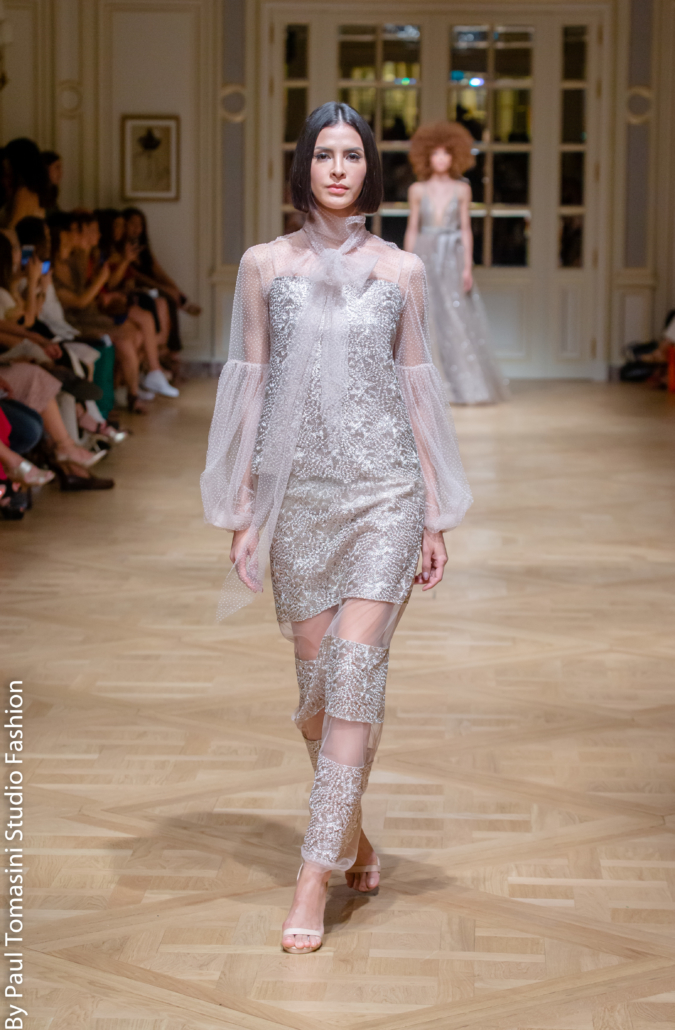 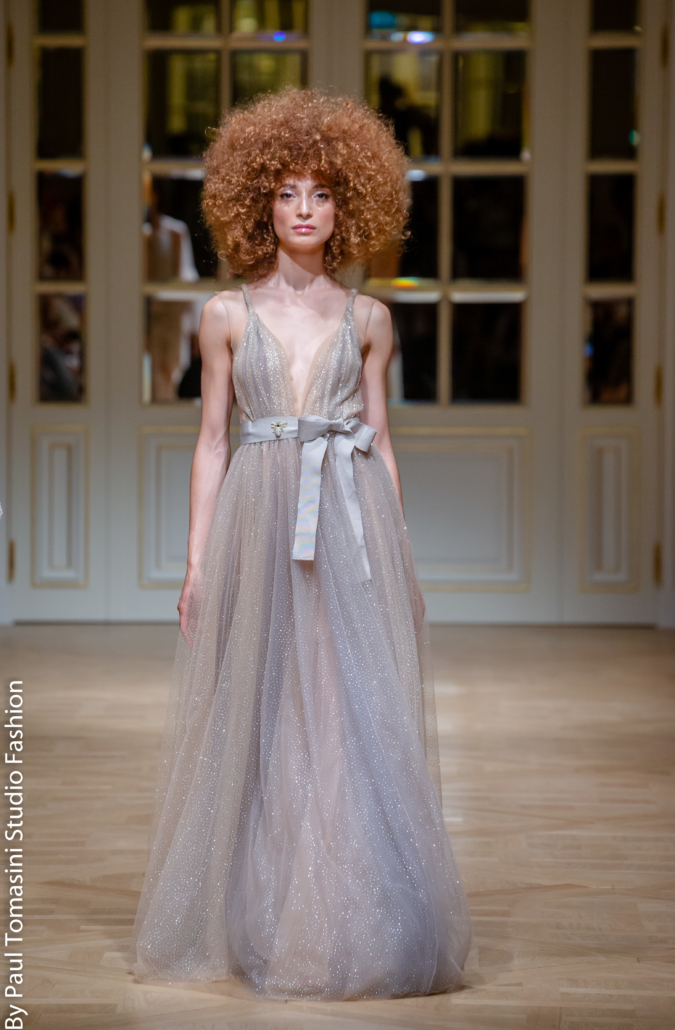 Native from the east of Algeria, Fouad Guerfi, since his youngest age is passionate about the world of fashion. After a first learning in his city of birth, Batna, heiress of handmade expertise, the designer studied in Paris at the ESMODE school. Finally, he decided in 1990 to create his own Fashion House. Only three years after, his first runaway was a great success. This success will take him to Paris, Washington… Today Fouad Guerfi carry on creating new projects and to enthrall us from Batna and Alger. 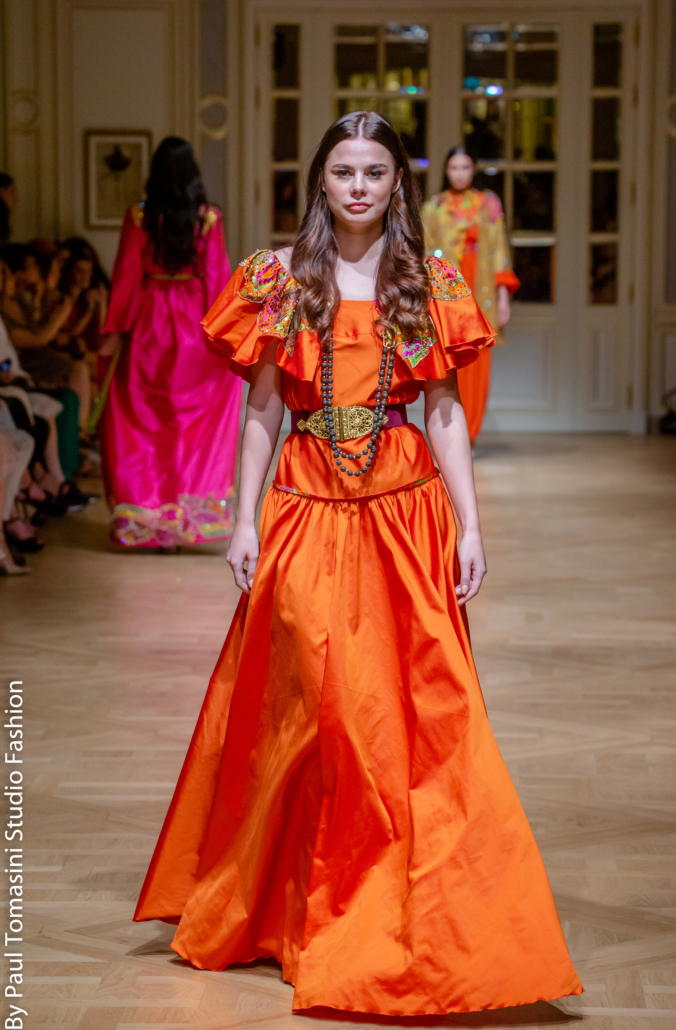 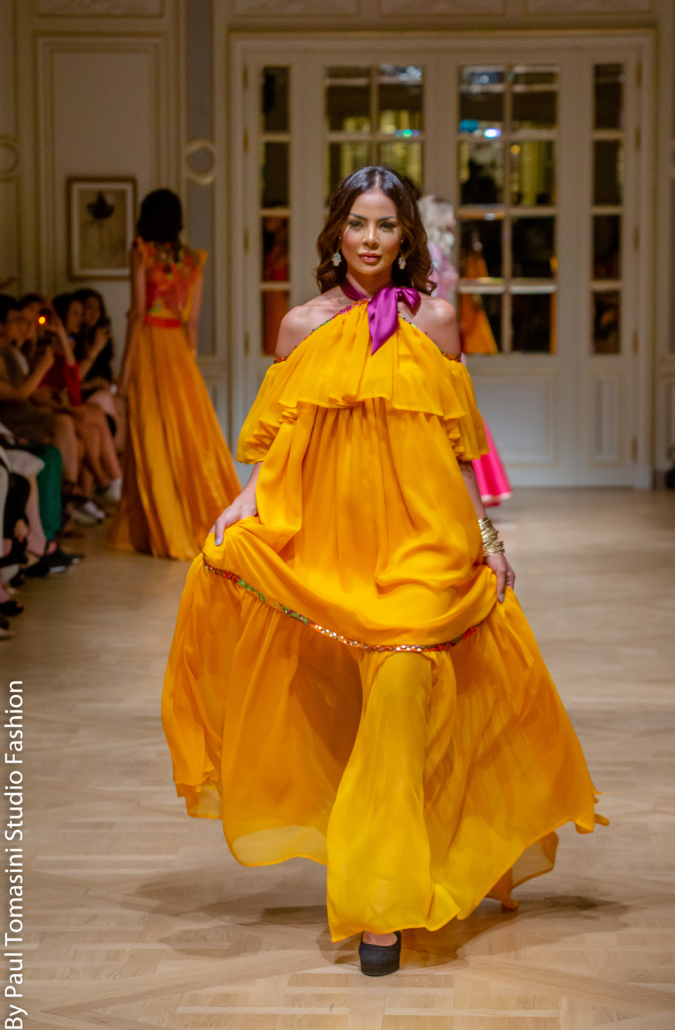 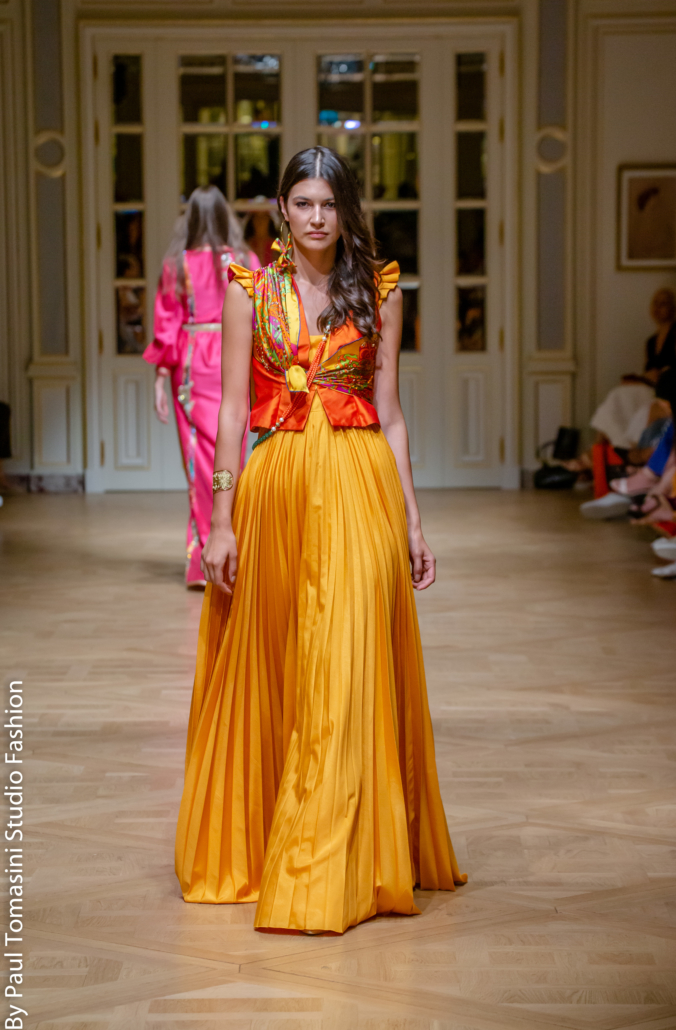 This brand, that was born in Kazakhstan, is based in Almanty, known today beyond its boundaries, represents the work of Nazym Karpykova. This designer has a unique style which tie elegance and sensuality together and re-etablish techniques, pattern related to her own story. Nazym Karpykova wishes through fashion and through her pioneering creations, which mixed different materials, colors and styles, introduce her vision of Women. Today, apart from the fact that the brand attracts multiple creators from the international scene, its also participates to many fashion events in the whole world and knows increasingly success. 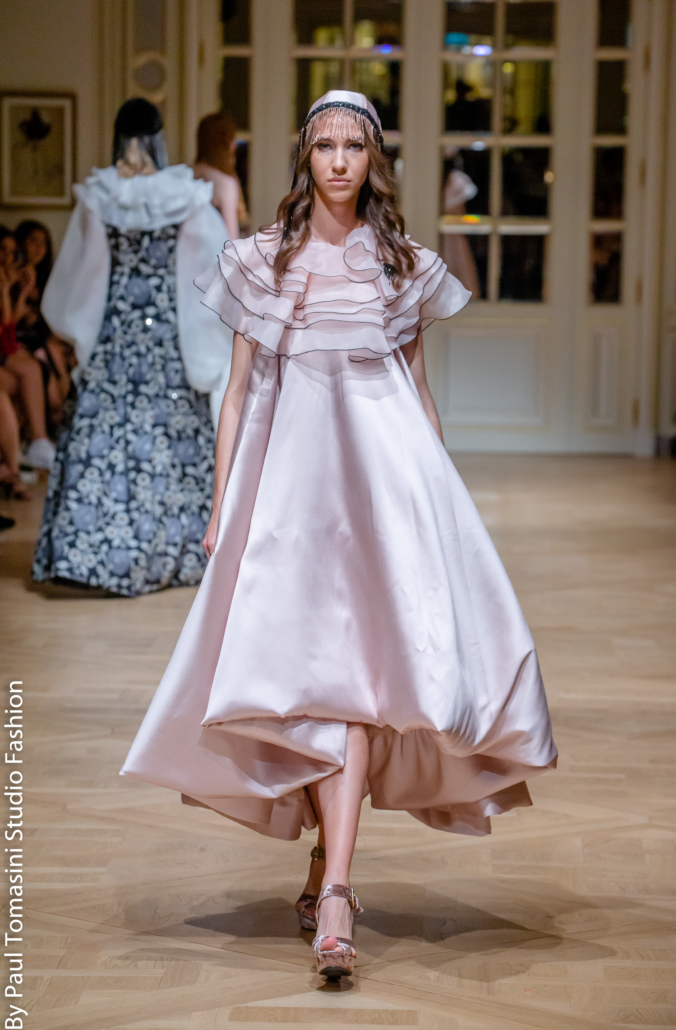 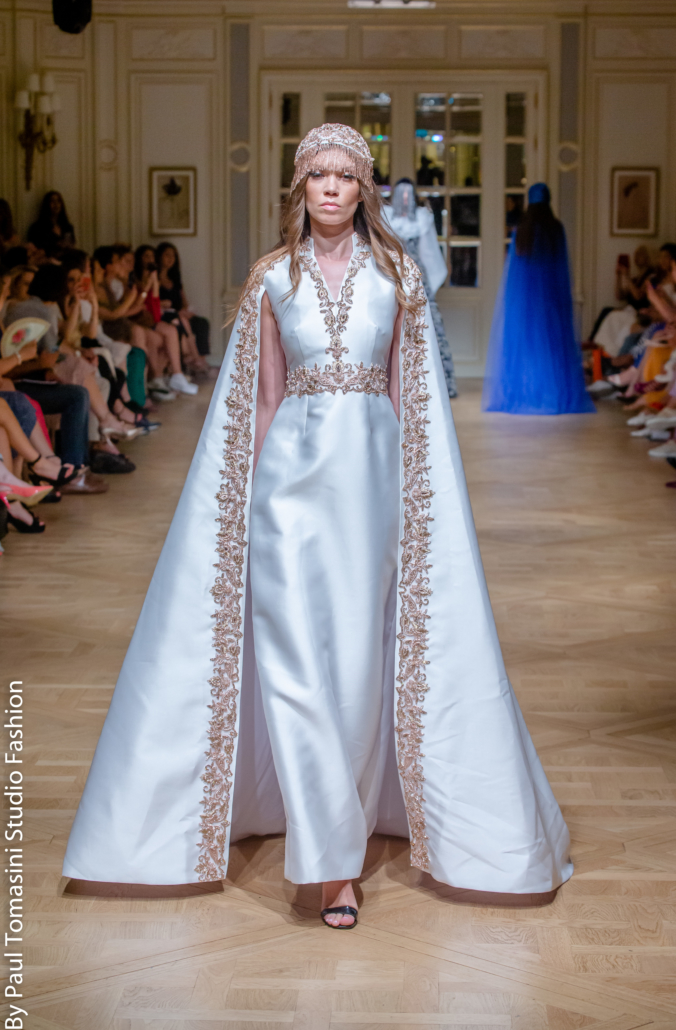 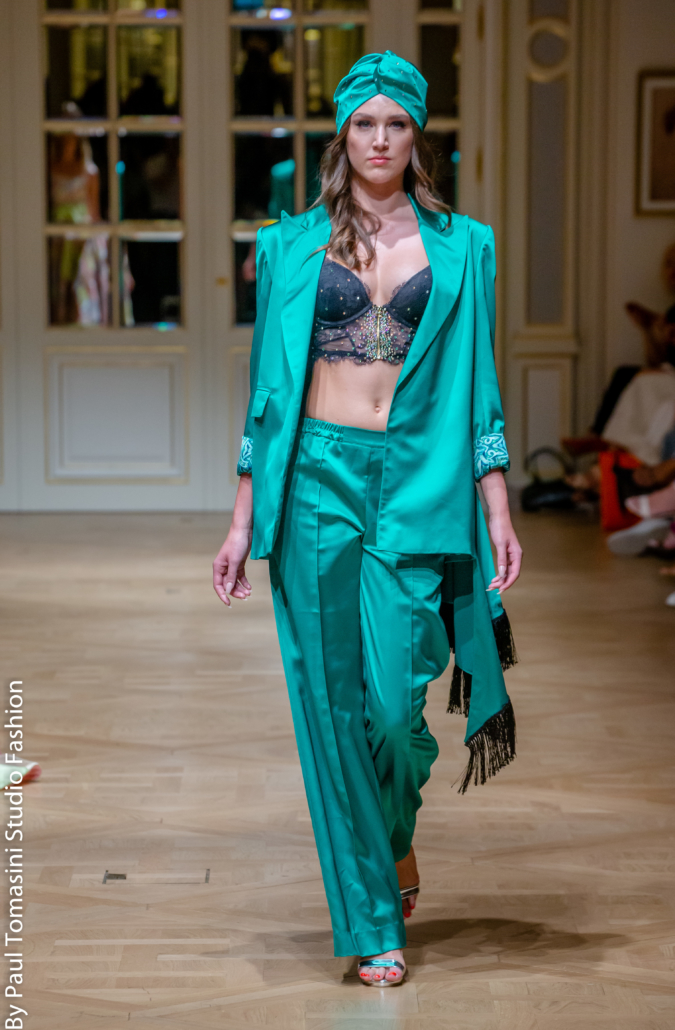 This Algerian designer began her fashion’s career inside the French Couture House Jascques Esterel, where she will be promoted as a star as a stylist and a model. By developing the world of the Parisian fashion, she also contributes to enrich the one from Algerian fashion. Thus, she is the first women who had internationalize the authentic Algerian fashion. Through her innovate creations, which parade each year in Europe, Maghreb and in the rest of the world, Yasmina Chellali wants to express women’s freedom. Today she has become an uncontested reference into the Arabic world’s fashion. 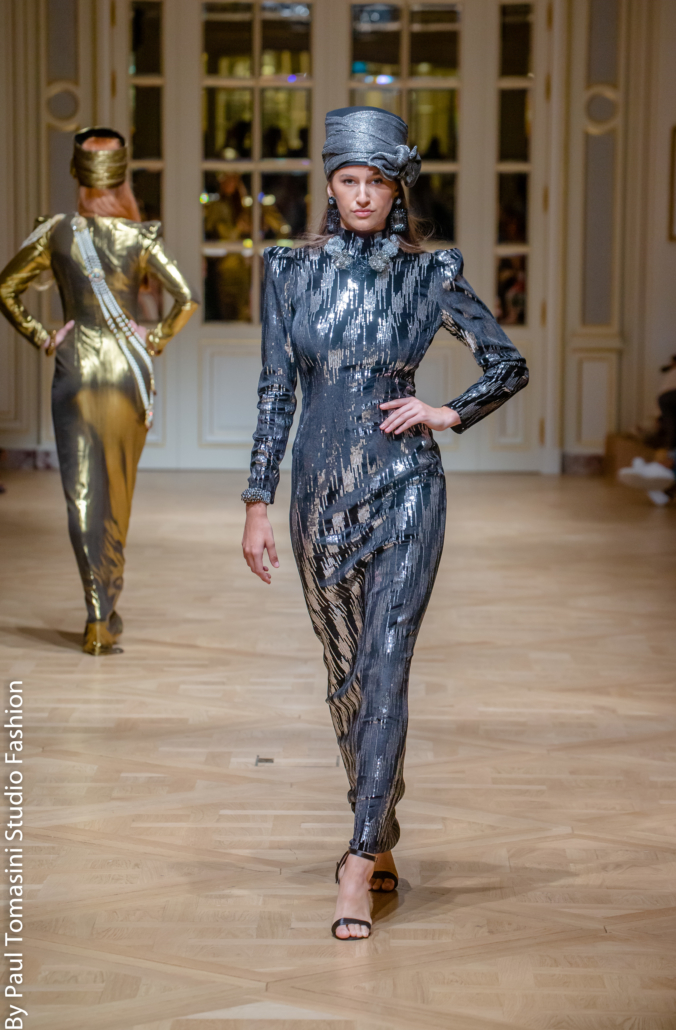 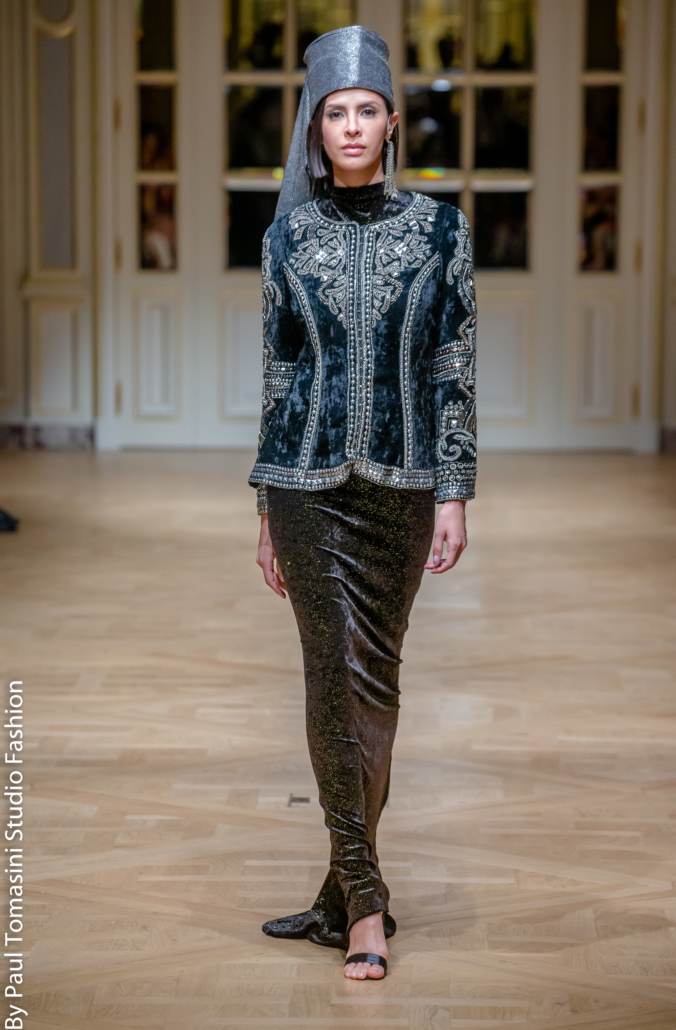 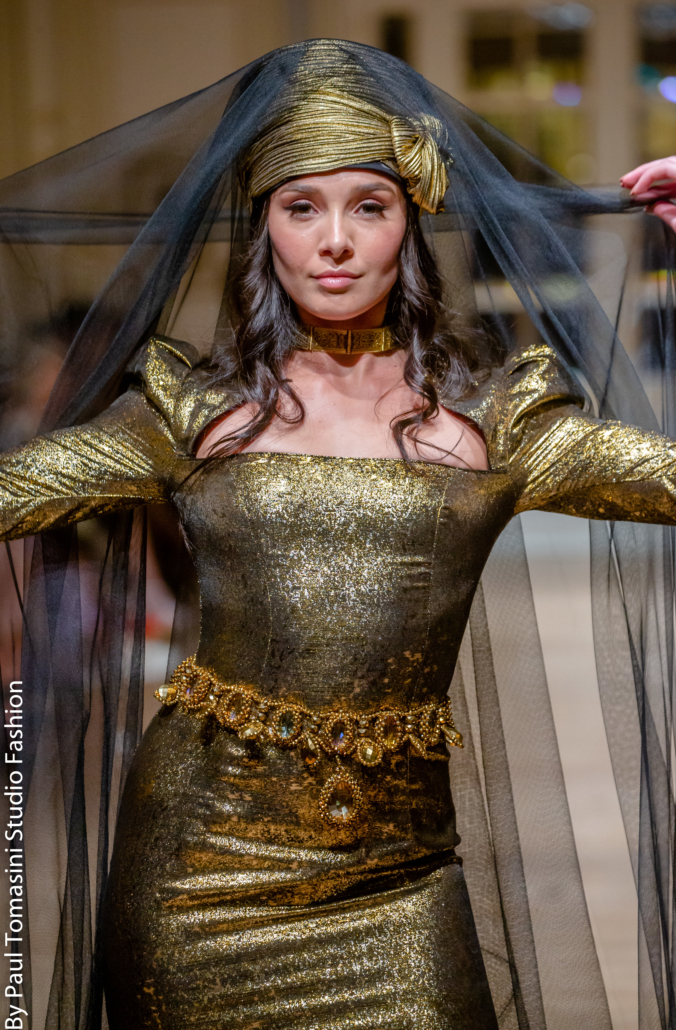 This brand created a year ago (January 2018) represents the work of two young and talented stylists Khadija Jamal et Nuray Jamal who come from Azerbaijan. Maleone, which mean in English Magnolia is the brand image. This flower also known as “the legend flower”, which inspired and inspire several artists and poets, symbolizes the unusual beauty and queerness. This symbol is in keeping with the creativity of these two designers who want through their creations combine the elegance, refinement with nature’s beauty. 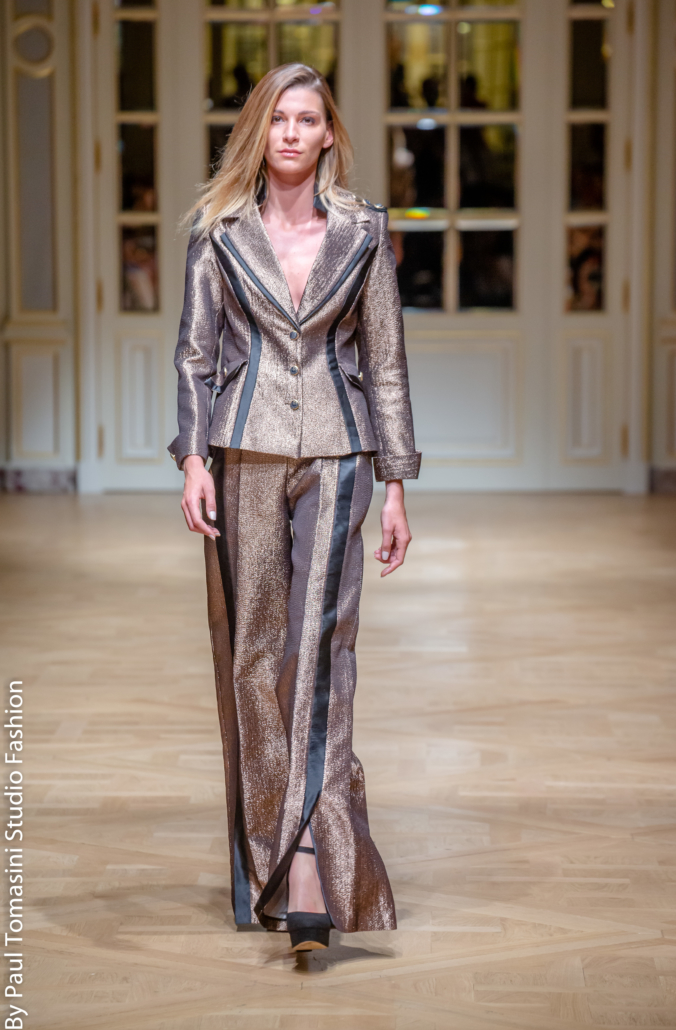 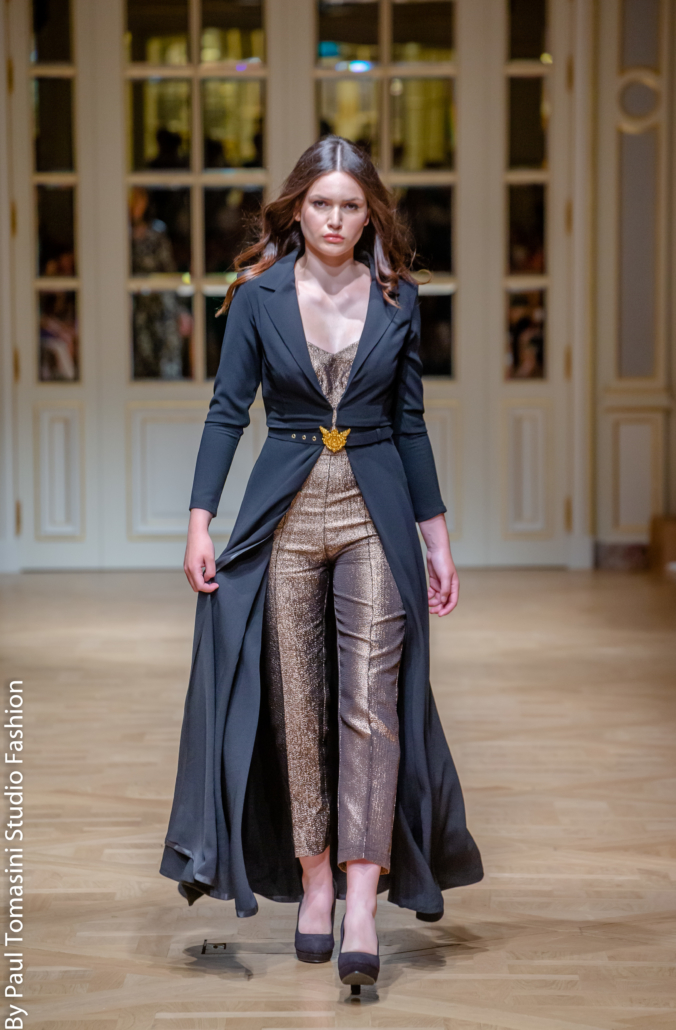 This Moroccan family is the work of a mother and her daughter. Amina Lahbabi grew up in Fes and then in Casablanca where she became doctor and mother of three children. Since her earliest age, under the influence of her own mother who was a seamstress, she customized her clothes with embroidery or pearls which add a traditional dimension to them. She still today creates for her family and friends traditional outfits. It’s her husband and daughter, Soukaïna Bouanani, Community manager, who encourage her to create her own brand of Couture of traditional Moroccan clothes modernize and revisited. 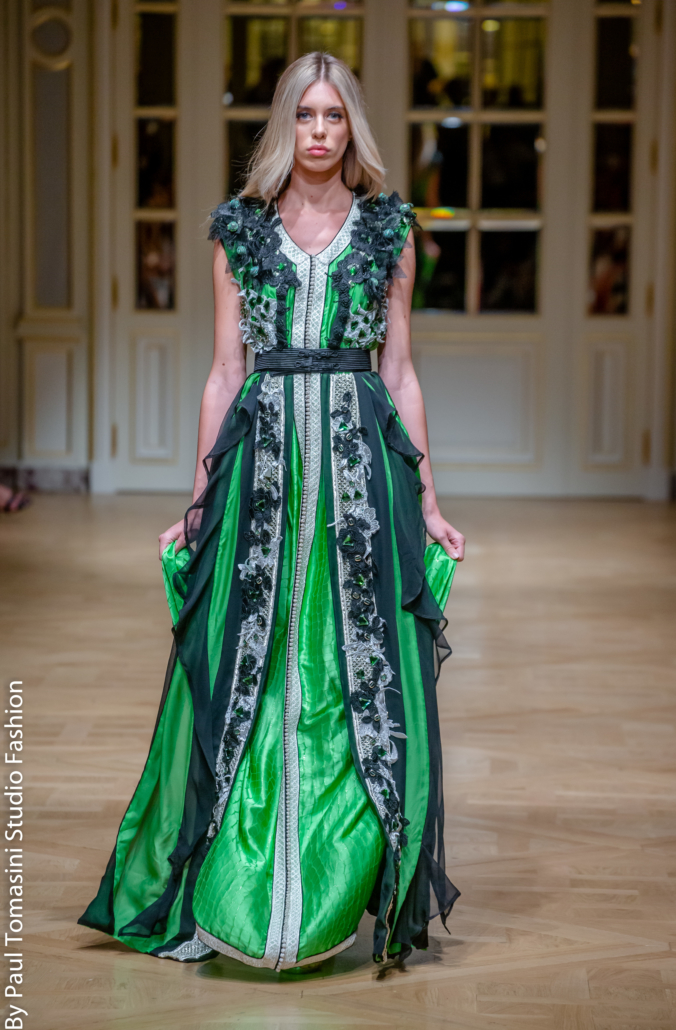 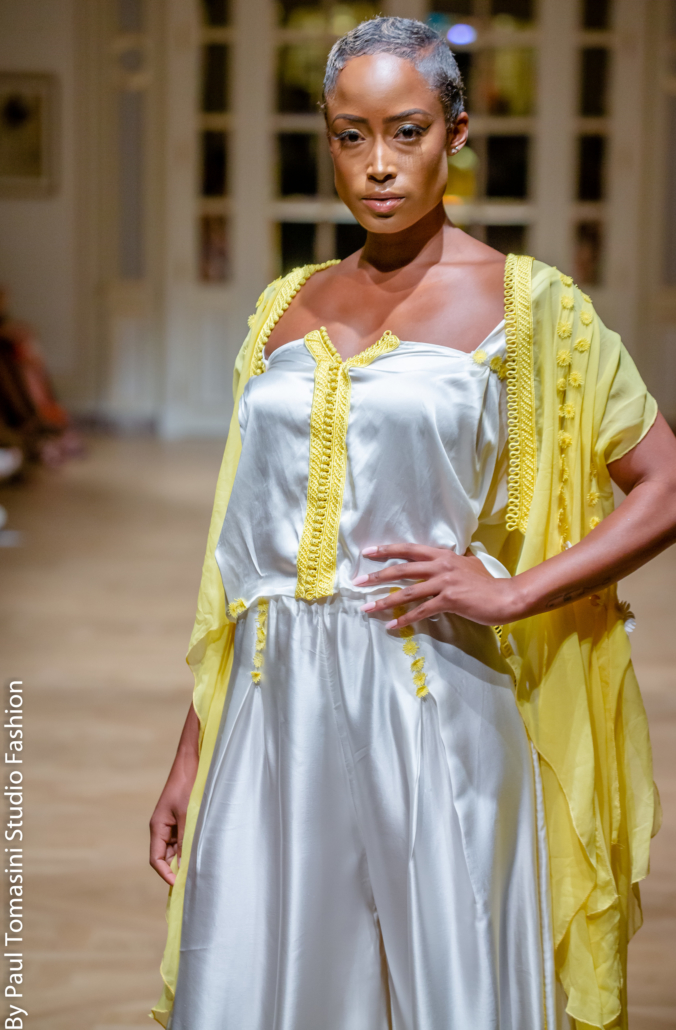 Inspired by the famous female adventurer Alexandra David-Néel, the two founders of Lo Neel, Frédérique Muller and Loane Cognard have embarked on the adventure of creating in 2018 a fashion house ecologically responsible and vegan which correspond to their values. This ethical brand is inspired by the ancestral Indian craft while innovating by using recycled and vegetable materials and sometimes unusual such as pineapple leather or eucalyptus or banana fiber. This brand who is in the spirit of the times surprises us through the cut and materials of their pieces and through colored and Indian details. 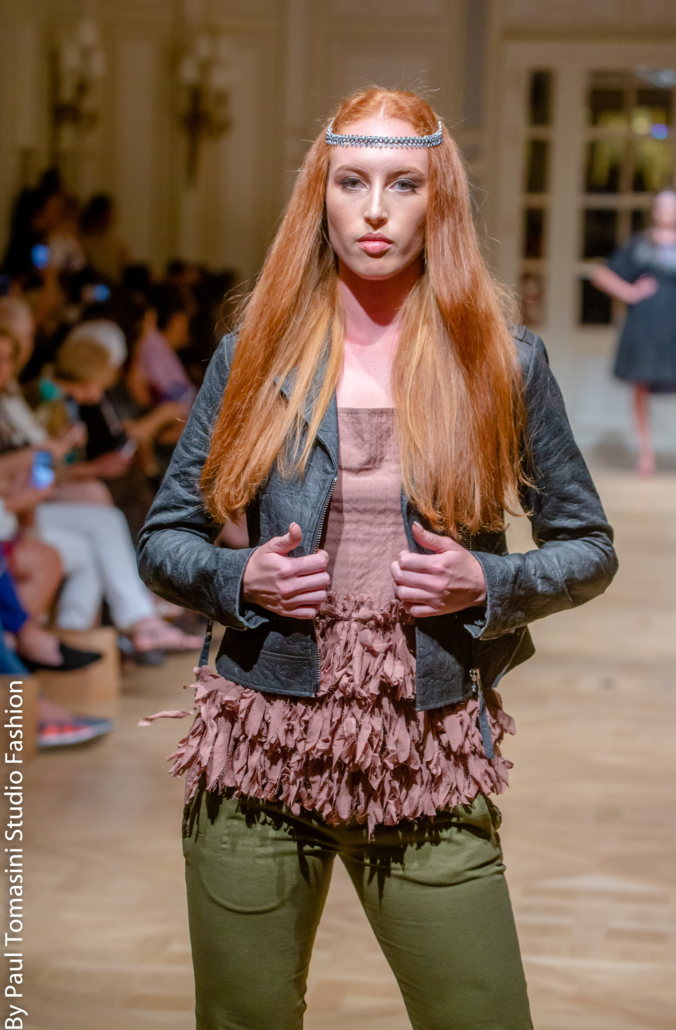 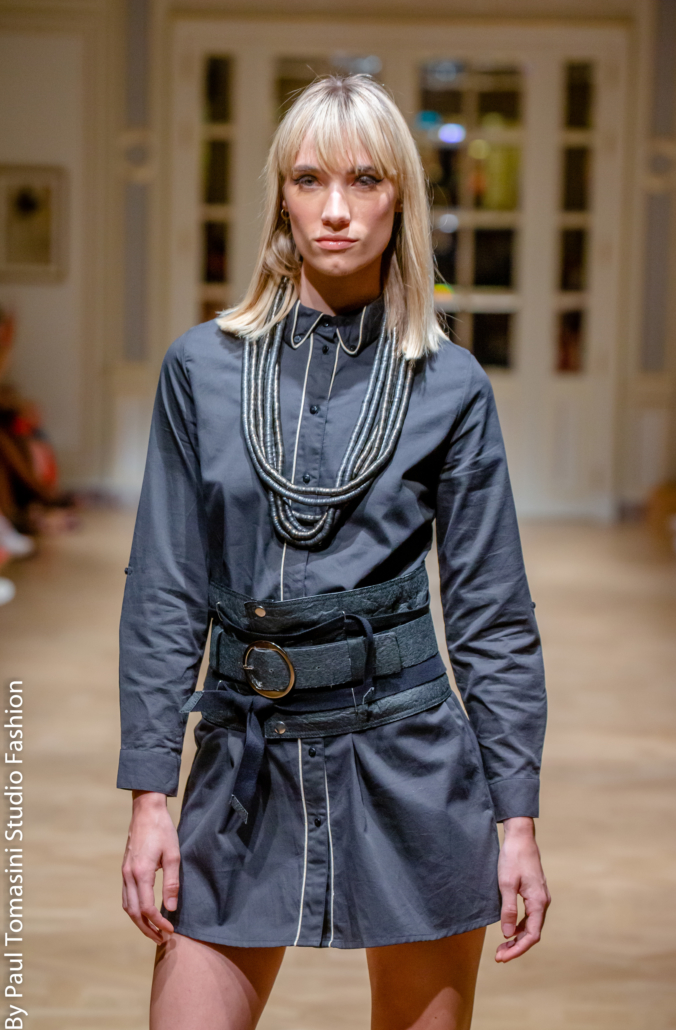 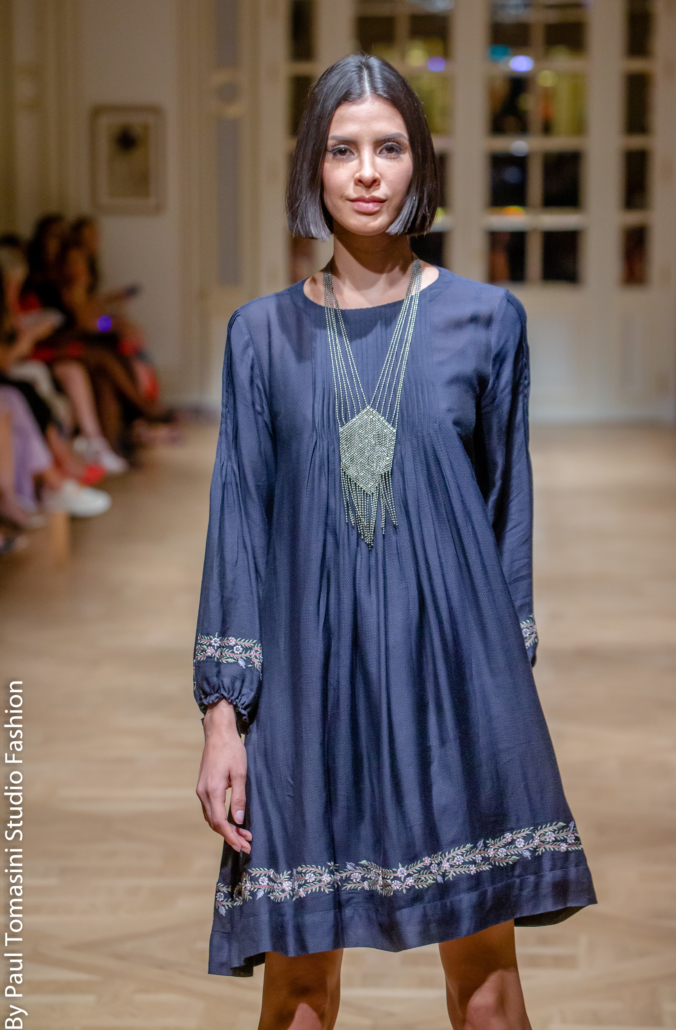 This contemporary french ethical brand of luxury is the product of a friendship between two talented designers who complete themselves and look alike each other at once. The two women, who come from Morocco and Mongolia, both studied the world of fashion in France and developed a devotion for French culture. Thus, Kengora is the result of a great cultural melting pot that can be seen through the style and cut of their clothing. The two women want to tie together modernity and minimalism with techniques and noble materials of their respective heritage. Finally, these two artists, who both grew up in patriarchal societies, are engaged to defend the place of women in society. Thereby, their collections are exclusively feminine and the two designers wants to enhance women through strong pieces. 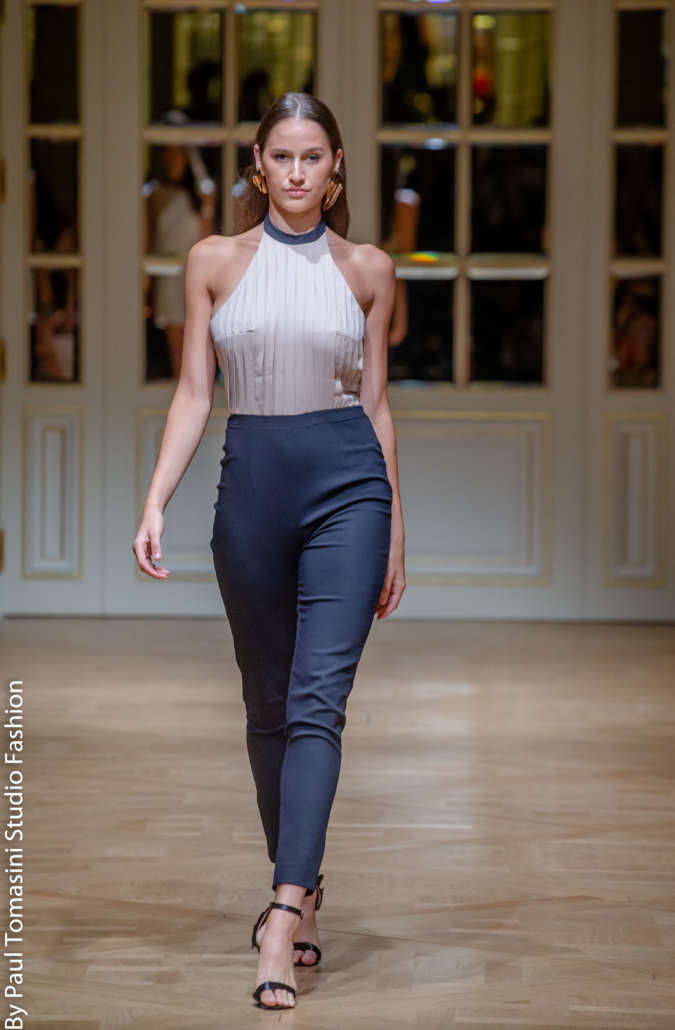 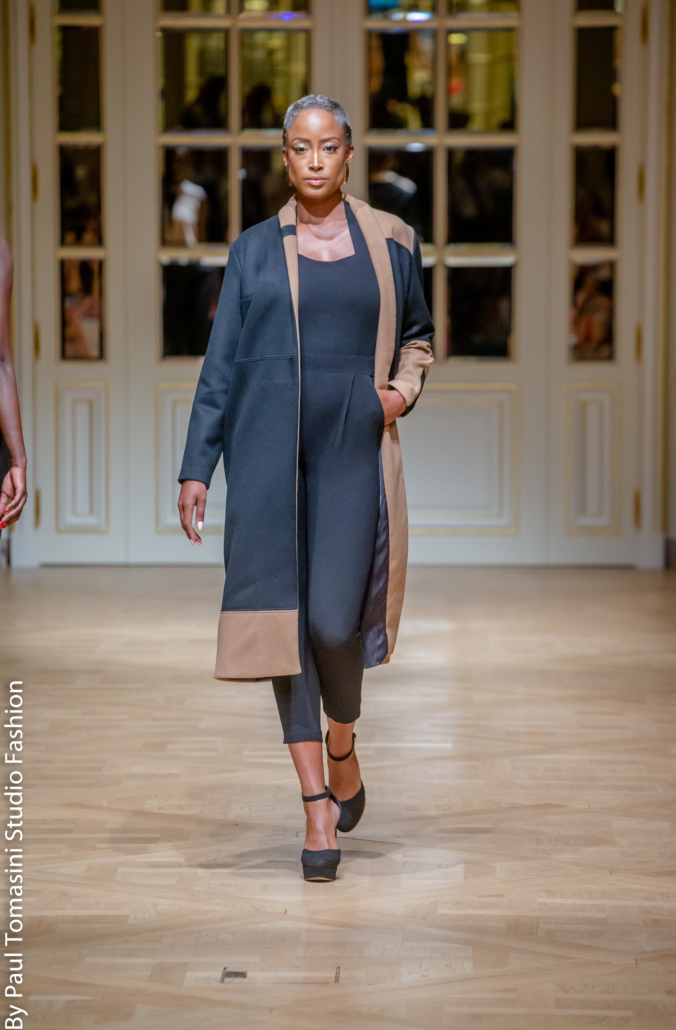 The one that we called the Pharaoh of the Egyptian’s fashion, Hany el Behairy needs no introduction. For more than twenty years, he knew how to conquer the international fashion world with his creations of refined dresses of high couture which conserve an oriental inspiration. Following its phenomenal success, he shares today his podium during fashion events side by side with the most luxurious and famous Couture houses such as Valentino, Chanel or Escada. He became a Couture Icon of the Arabian world, comparable to Zuhair Murad or Elie Saab, who dressed well-known Egyptian personalities. 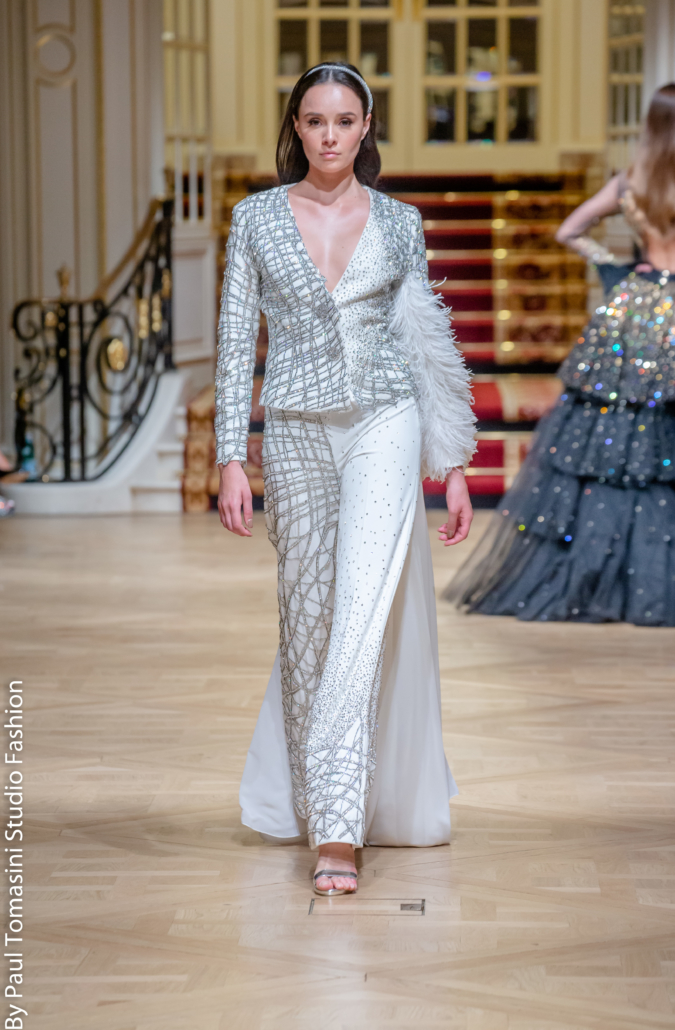 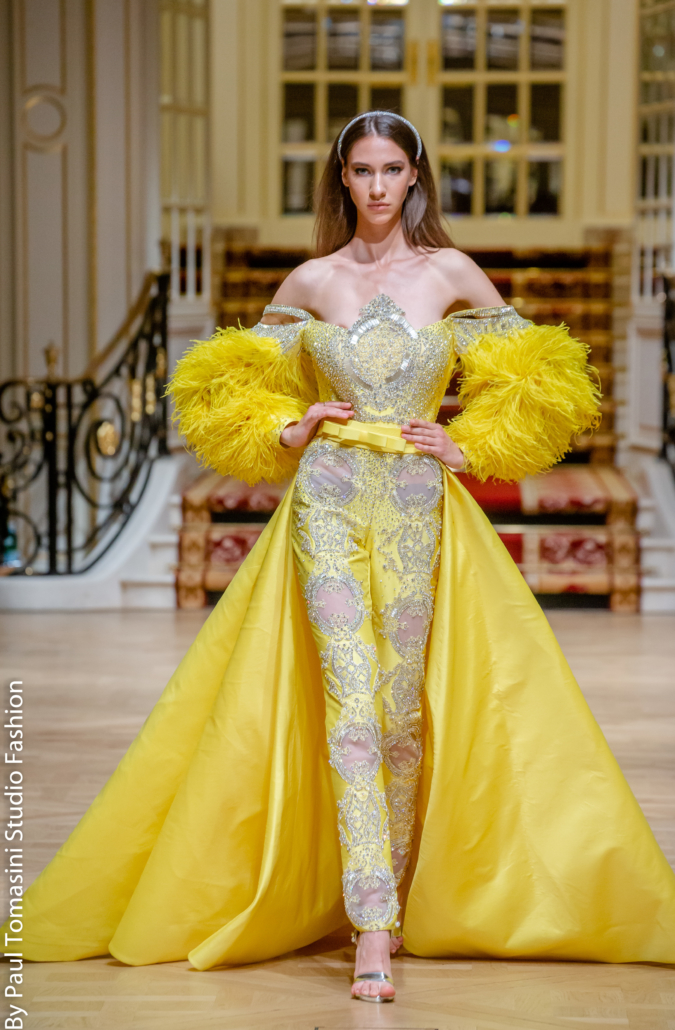 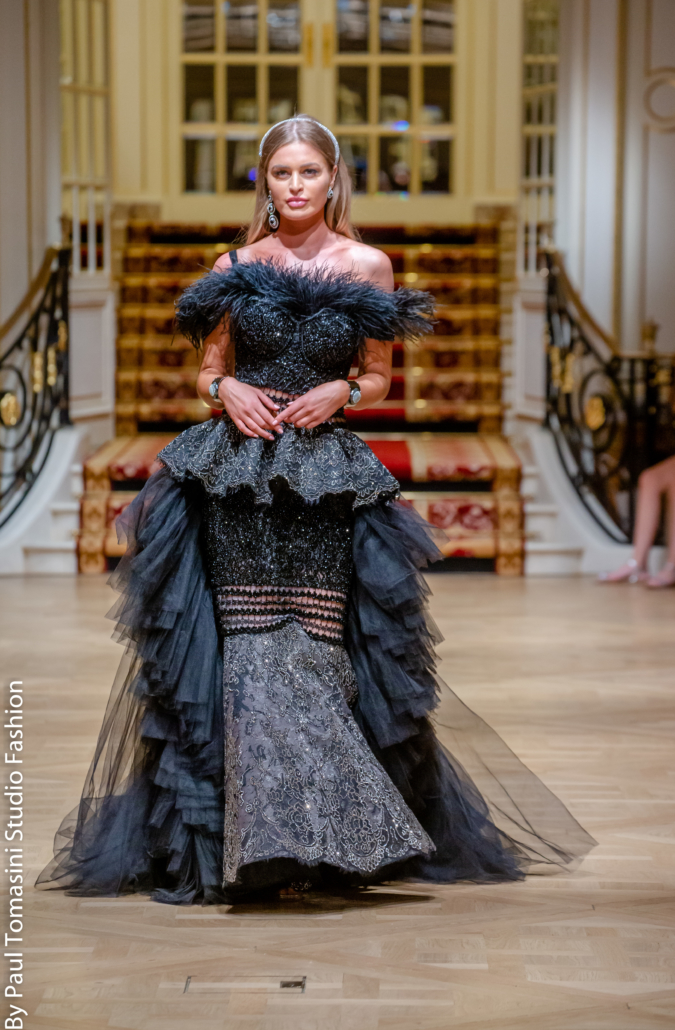 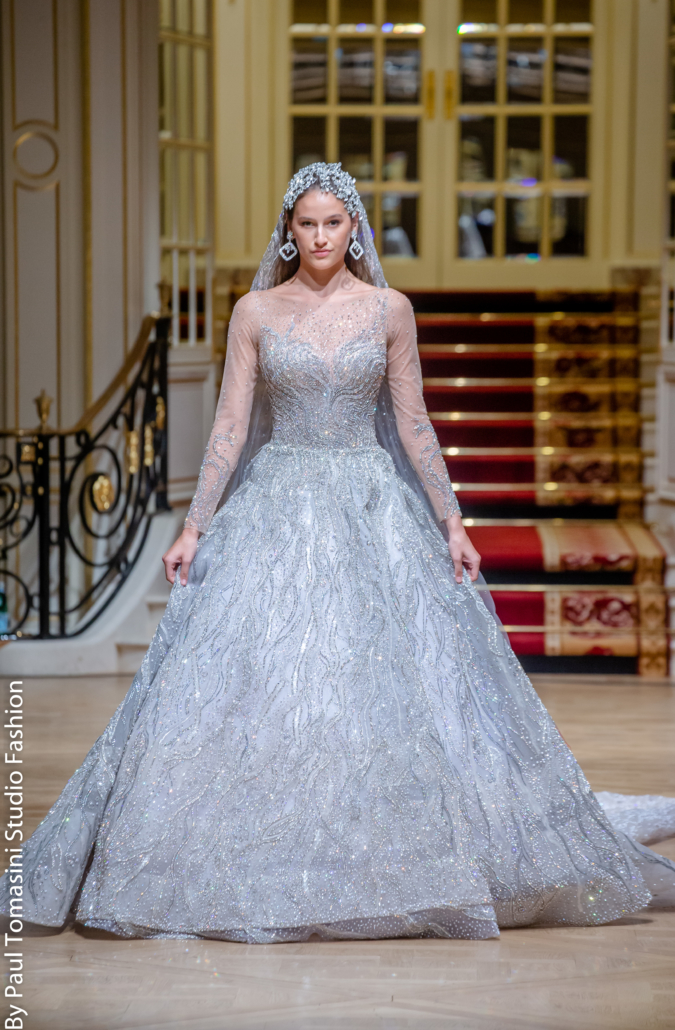