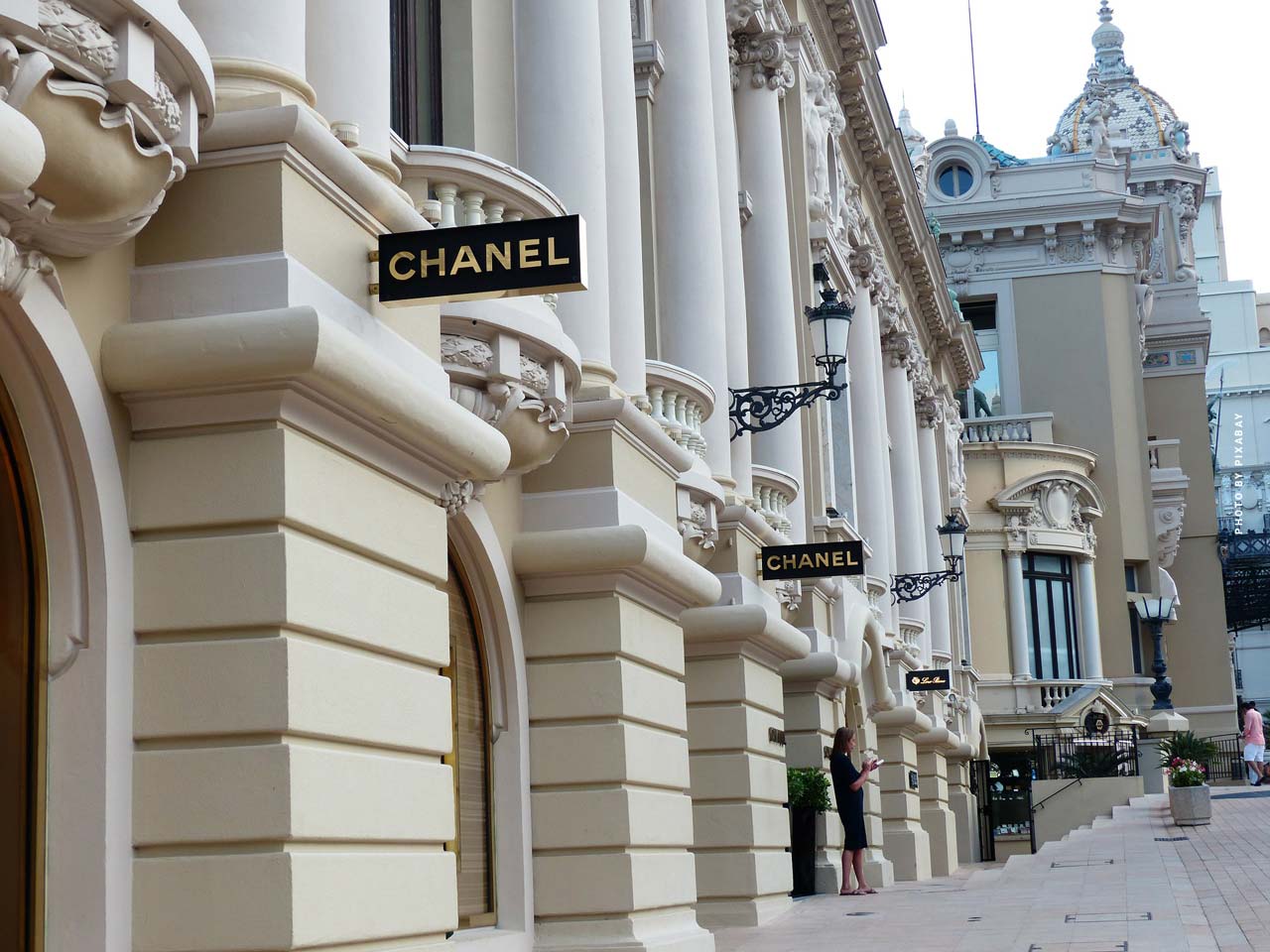 Coco Chanel – Those who know Coco Chanel know that the luxury brand is known for its groundbreaking designs such as “the little black one”, the “Chanel costume” and of course for the fascinating fragrance Chanel No. 5 The French luxury brand was founded in 1910 in Paris, France by the internationally renowned fashion designer Gabrielle Coco Chanel. The fashion empire Chanel is considered an outstanding personality in the history of fashion. In addition to haute couture and prêt-à-porter lines, the fashion company today also produces watches, jewelry, eyewear, fashion accessories, cosmetics and of course perfumes. After the death of the company’s founder Gabrielle Chanel, the image of the fashion house rapidly dusted off, and it was only Karl Lagerfeld, who had been designing for Chanel since 1983 and was able to return the luxury empire to its former glory, that brought a breath of fresh air.

Gabrielle Coco Chanel: the background story of the style icon

With the “little black” Chanel revolutionized and the Chanel No. 5, French fashion designer Gabriele aka Coco Chanel, wrote history. The fashion designer and founder of Chanel, Gabriele Coco Chanel was born on 19 August 1883 in Saumur, Pays de la Loire, Paris. At the age of twelve, the little French girl lost her mother and Chanel was sent to a Catholic orphanage where she was trained as a seamstress. At the age of sixteen she left the institution, worked and took private tailoring jobs. Later, Gabrielle moved to Paris, where she earned money as a singer and dancer in nightclubs to fulfill her dream of designing fashion herself. Her nickname Coco dates from this time. In 1914 she founded the fashion house Chanel in Paris. Today the luxury label is one of the most influential companies in the fashion and cosmetics industry.

In the 1920s the French designer one of her classics that still represents a classic of today’s women’s fashion, “the little black one”. From the mid-50s Chanel designed her “Chanel costume” with a loose, mostly bordered tweed jacket and a flared skirt. From 1980 until today, in all clubs of the big cities you can still find it, the little black one everywhere. The timeless garments can be combined again and again and are a must have in our wardrobe. As an evening gown, as a dress for everyday business or as a cocktail dress, the message that “the little black one” conveys is nowadays entirely up to the wearer.

“The little black one”

For over 80 years the little black one has been the undefeated champion in the wardrobe. Whether for the job or for the next party, this elegant all-rounder dress is the ultimate style weapon. But the little black one was much more than “just” a piece of clothing back then. It embodied the urge of many women for (freedom of) movement, for practical outfits for their timid conquest of the business world.the designer rejected bright colors, black, white and beige she liked better. This is how she believed she could most intensively emphasize the beauty of women. “Luxury must be comfortable, otherwise it’s not luxury,” said Coco Chanel, and her contemporaries agreed.

The Classic: The Chanel Costume

15 years later the designer set up a shop again, where she could finally carry out her “war collection”. Especially in the USA people were enthusiastic about the new design of Chanel costume. It consisted of grainy, soft mottled tweed and patch pockets. Decorated with gold buttons, the Chanel costume influenced the fashion of the following decades significantly. The skirt ended just above the knee – a scandalous length for those days. The label became the epitome of elegance and elitist prosperity.

One icon is new. The love of detail as a central feature. The white ceramic version J12 was equipped with the calibre 12.1 and a new automatic movement. Supermodel Naomi Campbell wears it and recounts how she sees the time and the seconds that make up her life. The CHANEL style is visible from inside and outside.

None other than Marylin Monroe shapes a story that is probably one of the most successful in the brand world. Chanel perfume and cosmetics are available for both men and women. Coco Chanel encouraged Ernest Beaux to cross boundaries to create “a perfume for women with the scent of a woman”. In recent years, the label’s cosmetics line, with its first-class make-up and care products, has become the absolute highlight in the industry.

Scents: The world’s most famous fragrance from Chanel – Chanel N°5

N°5, the essence of femininity. A legendary, timeless perfume. Gabrielle Chanel Ernest Beaux, commissioned in 1921 to create a perfume for women with the scent of a woman, extraordinary and powerful. The eau de parfum is an interpretation of the perfume with the same unique floral-aldehyde signature. The aldehydes give it a unique presence and the precious warmth of vanilla gives it an infinitely sensual base note. With every order you will receive two product samples of your choice.

This limited edition creates a festive and breathtaking make-up that is glamorous and refined at the same time, like jewellery, it underlines the radiance of the skin and completes the look perfectly. The ” ROUGE ALLURE” lipstick comes in 6 radiant shades with finish in a precious black and gold case. The eye shadow with four different effects can be applied to the eyelids with the brighter light points, the darker shades define the look. The Highlighter Powder glides over the skin and leaves a silky finish.

Known as a fashion tsar with remarkable discipline and for his harsh sayings. As fast as he spoke, Karl Lagerfeld created 20 fashion collections a year and brought Chanel back into the new millennium. Karl Otto Lagerfeld, was a German fashion designer, designer and photographer who lived in Paris. Karl was born in Hamburg on 10 September 1933.  His career in the French fashion world began in the mid 1950s in Paris where he worked for Balmain, Patou, Chloé and other fashion companies. Karl was well known for his trademark was, besides a plait of hair, dark sunglasses that corrected a visual defect. Late in his life he found a great love again, his Birman cat Choupette who was always at his side. The famous French Birman cat “Choupette” of the fashion designer was among others active as a “model”.

“Whoever wears sweatpants has lost control over his life” – Karl Lagerfeld

The Muse of Karl Lagerfeld: Cara Delevingne – The Face of Chanel

Cara Delevigne, the muse of Karl Lagerfeld ! Already at the age of ten she was a “Vogue” cover girl. Cara was born on August 12, 1992 in Hammersmith, London, into one of the most famous society families in the country and grew up in Belgravia, one of the richest districts in the world. The British supermodel’s modeling career began in 2010 with catalogue shootings for the fall/winter collection of ASOS. In 2012, Cara was named “Face of the Year” by Chanel. In addition to her modeling career, Delevingne will take on a role in the film Anna Kareninaan in 2012. The supermodel also starts a successful acting career.