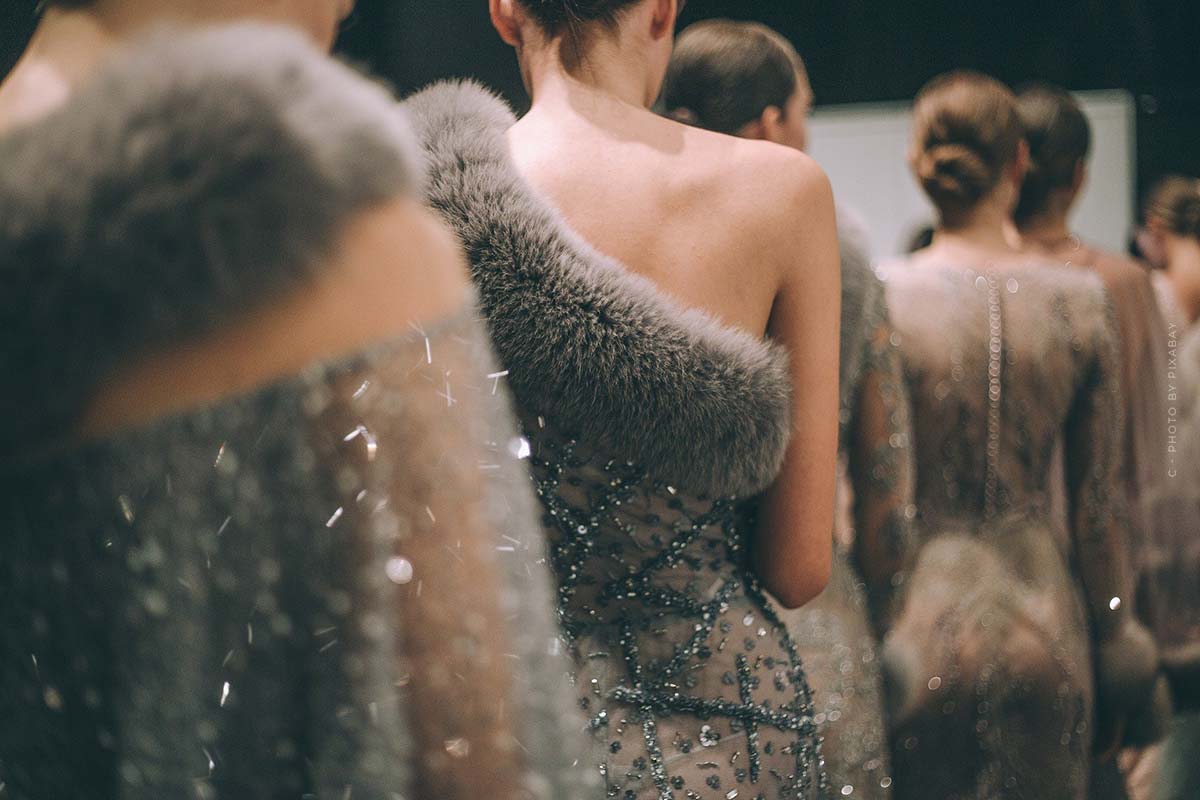 Every year there are the biggest fashion shows and fashion weeks all over the world. Whether London, New York, Berlin, Milan or Paris. The designs of the fashion designers are usually demonstrated by mannequins or models on the catwalk and thus presented to the world, what will be the trend of the coming fashion season. We at FIV Magazine have summarized the highlights of the Givenchy fashion brand for you.

Hubert de Givenchy founded his still successful fashion company in Paris in 1952. After a short time, the fashion designer conquered the Parisian fashion heaven with his inspiring flair for fashion. Besides luxurious haute couture fashion for women also high-priced prêt-à-porter, accessories as well as perfume and cosmetics – Givenchy is one of the most sought-after and gifted fashion designers of our time.

Hubert de Givenchy’s fashion empire leaves nothing to be desired. Imaginative evening gowns. Comfortable ready-to-wear collections. Heavy coats for winter and light and airy dresses for summer. There is something for every fashionista on the Givenchys catwalk.

Formal wear with a touch of modern lightness

An epic setting in a completely dark room, with a catwalk lit only by spotlights. This is how creative director Clara Waight Keller shows her new fall winter collection at ‘L’ Hippodrome de Longchamp’ in Paris. Watch the full show here.

Extravagant fashion, like something out of a fairy tale

Clare Waight Keller’s haute couture for Givenchy has been marked by a certain austerity. This is no doubt due to her deep respect for the house and possibly also because haute couture is a new world for her. However, as always, we think her collection is absolutely fabulous. See for yourself in the video.

Clare Waight Keller’s haute couture collection for spring was rooted in her memories of visiting the garden rooms planted by Vita Sackville-West at Sissinghurst Castle. “It’s one of the most romantic places in England,” she said, “I’m quite obsessed with the place.”

In 2018, Givenchy unveiled its second ready-to-wear offering at the Palace of Justice in Paris. Earlier, creative director Claire Keller spoke with the assurance that her groundbreaking couture collection will be well represented at tonight’s Academy Awards in Los Angeles, fashion’s biggest global stage. Check out the full fashion show here.

Fashion shows in a class of their own: Givenchy’s best backdrops

The creative minds at Givenchys always come up with something new. After all, a normal catwalk gets boring at some point. That’s why they are always looking for the best locations for the latest shows of the fashion empire – with a lot of success, we think.

The label left its usual Paris in 2020 to show its collection in the gardens of Villa Palmieri in Florence – a place where history and romance intermingle. The exhibition begins on the house’s terrace amid cast-iron tables and ends in the property’s sprawling green spaces.

Waight Keller, creative director of the brand, paid tribute to the recently deceased founder of the brand Hubert de Givenchy with the haute couture fall collection. The silhouettes of the mannequins were increasingly in the foreground and richly decorated dresses turned the heads of the ladies in the front row.

Various men’s collection with a lot of latex, embroidery and metal lace

For Fall / Winter 2020, Claire Waight Keller dressed the young models in mainly body-hugging coats and latex bodysuits. Inspiration was the fashion of the young prince Yeshwant Rao Holkar II, who left India half a century ago to explore the world. So you can find royal embroideries and sparkling rhinestones, as you can see in the video.

The unique fashion empire and its mannequins

Who is behind the Givenchys brand? What inspired him and what are his plans for the future? We also have an exclusive look behind the scenes of a Givenchy fashion show. Find out which international supermodels had the honour of walking the catwalk for the exclusive brand here.

Hubert de Givenchy was a French fashion designer, couturier and designer. He founded the fashion and cosmetics company Givenchy in 1952 in Paris, which is now internationally successful. This interview shows his interesting and moving story and how it all began with the fashion label Givenchy.

Casually with a water bottle in her hand, wonderfully without make-up and still with tousled hair – this is how a rehearsal a few hours before the big fashion show really goes.