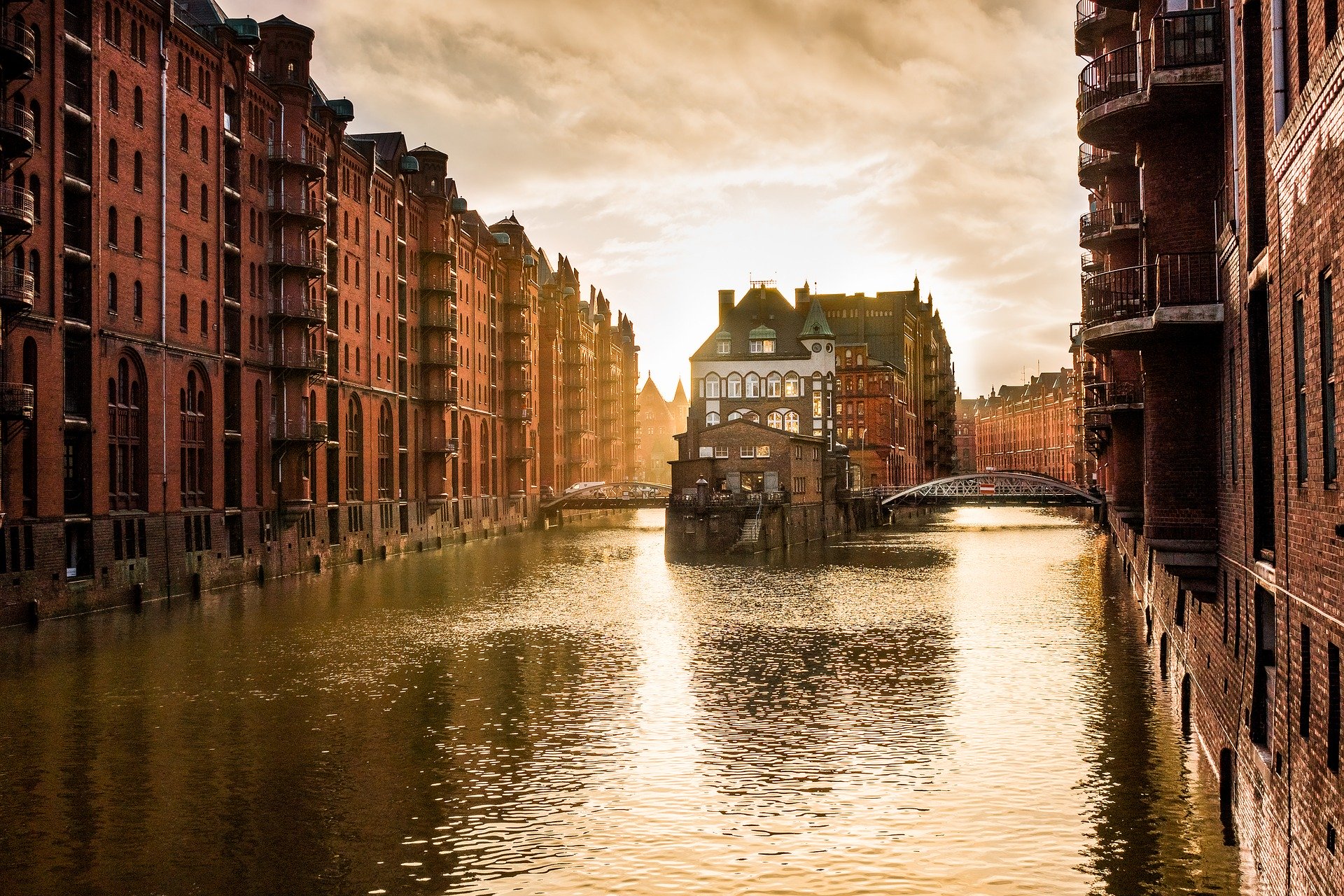 Luxury real estate with the best view: That’s what Hamburg’s HafenCity offers. But in addition to chic condominiums and rental apartments, HafenCity is also home to numerous restaurants, cafés, offices, hotels and the world-famous Elbphilharmonie concert hall. In the future, this will provide living and working space for over 50,000 people. In the former Baakenhafen, which is considered one of the most spectacular housing projects in the whole of Hamburg, 2000 apartments were already built in 2015, although only a quarter of these were luxury condominiums. The remaining flats are social, old people’s or student flats. The latter is particularly suitable, as HafenCity is home to many private universities and colleges, such as the HCU.

Overview hide
HafenCity: Known as Hamburg’s luxury trend district
Structure of HafenCity
Lohsepark: memorial and oasis of peace in one
Elphilharmonie: The landmark of Hamburg
Living in HafenCity: luxury residential projects at a glance
Pop-Up Bikelane
FiftyNine Strandkai: A beacon of exclusivity
The Crown Strandkai: Living at the front quay

Living, working, culture and leisure are to be linked together in HafenCity in the future. See for yourself and take a trip back to last summer to get an idea of the current state of the development project Hamburg Harbour.

Construction of HafenCity began almost 20 years ago, in 2003, and there is still no end in sight. The completely new district, directly on the Elbe in the former port area, is to comprise ten city quarters with office towers, modern residential buildings, but also playgrounds and shops. The northern section of HafenCity in particular, directly in front of the historical backdrop of the historic Speicherstadt warehouse district, is a real eye-catcher and is one of the most beautiful places in Hamburg.

Lohsepark: memorial and oasis of peace in one

With a length of 550 metres and an area of four hectares, Lohsepark provides a balance between all the modern skyscrapers and is not without reason described as the “green haven of peace” of the lively district. Meadows and play areas, as well as the pleasantly curved paths invite you to take a deep breath. It stretches from Ericusgraben, where incidentally the main headquarters of the news magazine Spiegel is located, to the HCU at Baakenhafen. The southern end of the park is marked by a large flight of steps.

Did you know that there are around 60 cherry and apple trees in Lohsepark? By the way, everyone is allowed to harvest the fruit.

In the western part of the park is the memorial “denk.mal Hannoverscher Bahnhof”, which commemorates the deportation of a total of 8,701 Jews, Sinti and Roma to the ghettos and National Socialist extermination camps in Eastern Europe. The actual railway station was already largely demolished in 1955 and 1981.

By 2023, a documentation centre is to be built in which a permanent exhibition on the subject will be shown. Among other things, the focus will be on the process of exclusion and disenfranchisement.

Elphilharmonie: The landmark of Hamburg

The Elbphilharmoie opened on January 11, 2017, after seven years of extended construction time and an explosion in costs from €77 million to €289 million. In a very short time, the concert hall has already established itself as a top global musical address.

Thanks to the spectacular viewing platform, the Elbphilharmonie has become a real magnet for visitors. Immerse yourself in the action and catch a glimpse of the Elbe.

The unusual, wave-shaped, soaring building is affectionately called “Elphi”. The motif of the wave runs through the entire building and also borders directly on the water on three sides, which gives the impression that the building would actually rise as a wave from the water. Even the massive underside is a real eye-catcher: it not only has a glass top but is also corrugated.

Depending on the incidence of light, the building sometimes appears solid, sometimes as if transparent, so that one could think that the façade is alive.

Living in HafenCity: luxury residential projects at a glance

Life in HafenCity is unique. Especially the mixture of luxurious residential complexes, but also leisure offers makes the special charm of the district. Recently, some new projects, such as new residential towers or a pop-up bikelane, have emerged, which contribute to the new cityscape. 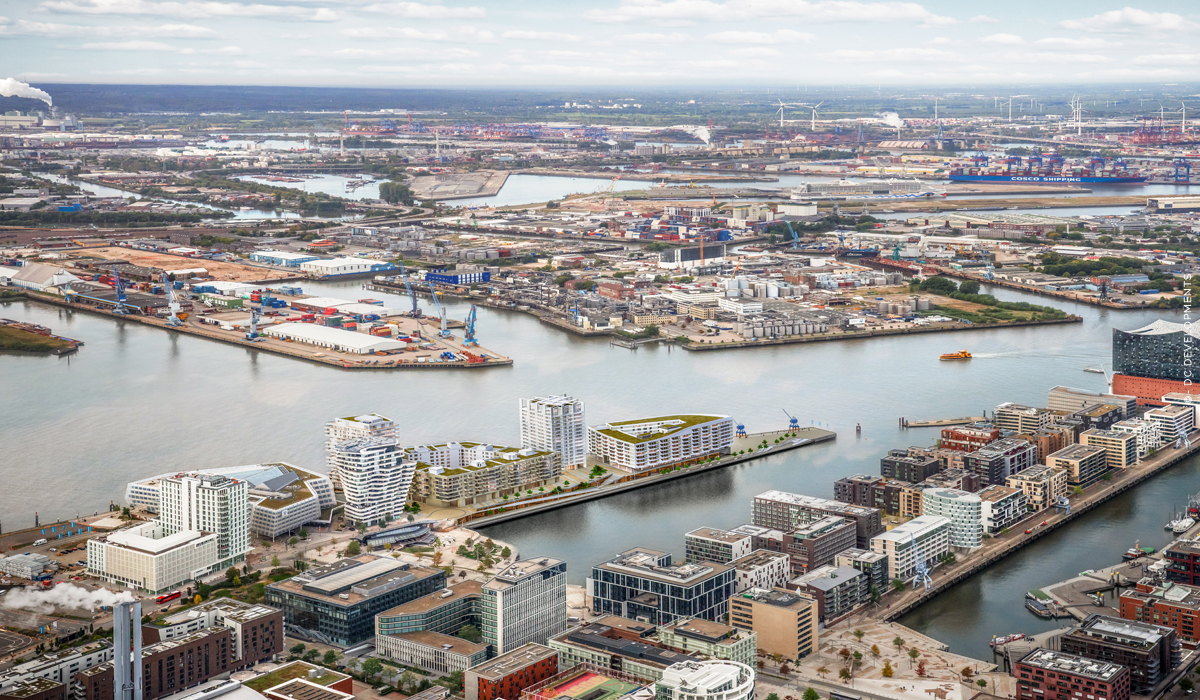 Recently, the third pop-up Bikelane opened in Hamburg. A bike lane up to 3.70 meters wide is intended to provide more safety in the neighborhood, so that cyclists can ride in their own lane between Strandkai and Brooktorkai.

But the focus is not only on the increased safety aspect. Thanks to the new cycle paths, residents as well as office workers and students can commute easily between the city center, HafenCity and Hamburg’s southeast.

Are you curious about current projects and want to know how and where you can live in HafenCity? We have picked out two brand new projects for you.

FiftyNine Strandkai: A beacon of exclusivity

The “FiftyNine” is one of the four properties in the Strandkai quarter and is located in the first row with a direct view of the Elbe, the Elbphilharmonie and the Michel. Directly next to it, another luxury tower will be built in the future.

The luxury residential tower is modern, elegant and impressive. The price range of the apartments varies from subdued rents to luxurious ownership including a shop/shop on the ground floor.

The residential tower was designed by star architect Hadi Teherani, whose buildings have a great influence on the flair of the district. The “FiftyNine” has 16 floors, apartments that are surrounded by a balcony. A real highlight are the loggias, which allow wide views over the Elbe and the entire city.

FiftyNine at a glance:

The Crown Strandkai: Living at the front quay

The second, new, 60-metre-high luxury residential tower – The Crown Strandkai – is being built directly on the foremost quay between Nordelebe and Grasbrookhafen. The direct view of the Elbphilharmonie Concert Hall and Speicherstadt is particularly impressive. A total of 75 apartments in various designs are to be built in the residential complex on the inner-city peninsula of the Hanseatic city.

The Crown at a glance:

We found out about the property for you in a digital press event around the topic “How does a luxury residential tower come into being?” and immersed ourselves in the life of HafenCity with the help of a configuration tool. Read on here.