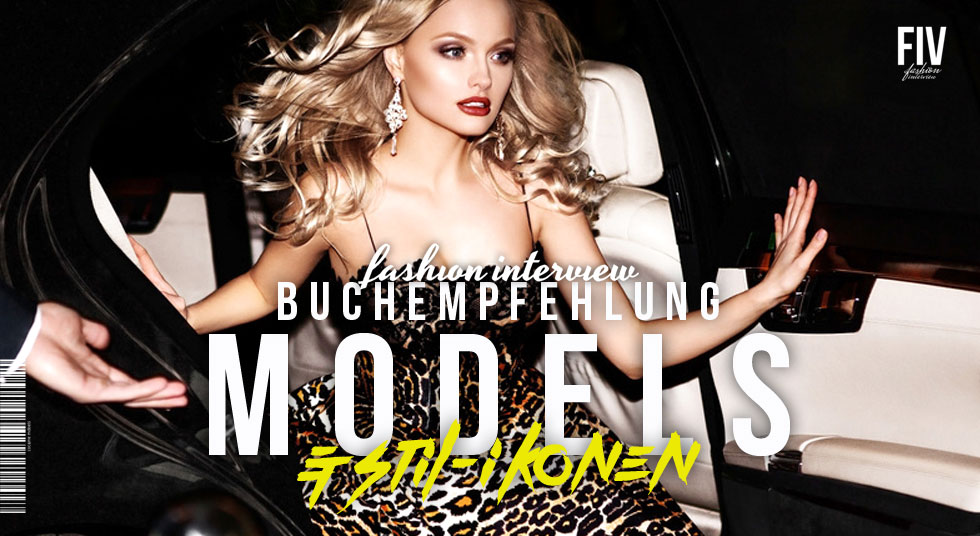 Dreamlike pictures and (short) biographies of the most beautiful & impressive women of our time, as well as of days gone by. From Heidi Klum and Kate Moss, to Claudia Schiffer and Monica Bellucci, to Marylin Monroe and Audrey Hepburn. Shots by the best and most famous photographers, such as Mario Testino and Waddell Rankin. The following book list will give you a good overview of the different coffee table books, as well as biographies of famous models and style icons. The top 10 books in this genre are summarized and sorted by popularity and customer recommendation. A great selection of impressive pictures of unforgettable personalities of the fashion scene. We also have more book recommendations for Fashion & Beauty, Photography, Learning Photography and Health, Nutrition & Fitness.

Here are 10 books that will definitely help you with your problems. Especially check out number 6!

Kate Moss was the muse of the successful fashion photographer Mario Testino. In this picture volume are collected over 100 of his most beautiful pictures of exceptional model Kate Moss. A unique picture gallery of the British top model with the extraordinary model career. She shows herself in many different facets, Testino photographed her on the catwalk, backstage, in a rocking casual look, in an elegant evening dress and only in her underwear. The shots show a wide variety of locations around the world, including London, Paris and Los Angeles. These pictures show: Kate Moss is not just a model, she is an icon. Moss and Testino chose every single picture together for this illustrated book, which was originally published in 2010 as a limited hardcover edition and is now available as a paperback for everyone. A special picture book of two special personalities. Kate Moss by Mario Testino.

This picture volume brings together about 300 photographs of supermodel Kate Moss. The pictures tell the story of a shy teenager who grows up to an exceptional model. Kate Moss was discovered at the age of 14 at New York’s JFK airport. She did not conform to the typical model, was the opposite of a tall, typically beautiful, leggy European. She was only 1.70 tall, had wide-set eyes, was unusual, had a mind of her own and was fascinating to others. At first, no one suspected that the shy girl with the gap in her teeth would actually become a model and fashion icon. Kate Moss personally selected her pictures for this picture book and put together a story in pictures that are indispensable for every Kate Moss fan.

British celebrity photographer Rankin and his self-proclaimed “favorite model” Heidi Klum. In this illustrated book Rankin has filled 144 pages with the most multi-faceted shots of Heidi Klum. The German cheerful nature does not only make a professional appearance on TV, the “Model-Mama” also proves in front of the camera how changeable and disciplined she works. Heidi Klum is also called “the chameleon” by fans, and rightly so judging by this picture book! The top model shows herself in the most different sceneries, with the most different poses and facial expressions, be it a bath in chocolate, an advertising shooting for a beauty article, a lolling bikini shooting or a middle finger statement towards the camera, Heidi knows what she is doing and convinces. This pictorial is a must-have for all Heidi Klum fans, but also a great inspiraton for all other photography and fashion enthusiasts. Heidilicious by Rankin – fantastilicious.

The designer and his muse. Karl Lagerfeld and Claudia Schiffer. In this illustrated book, Lagerfeld personally unites his favorite shots of supermodel Claudia Schiffer. Schiffer shows herself in different characters and stylings, she proves her changeability, whether provocative, sexy, sweet or thoughtful – the blonde beauty from Germany is authentic, professional and completely captivates the viewer. The most interesting and beautiful pictures of the last 20 years of Claudia – in “Claudia & Karl”. A fascination, as only true fashion and model icons do.

In this picture book, top model Monica Bellucci has put together her best pictures. The shots of the model are true works of art, which come from different photographers. The image gallery radiated a dreamy flair of bygone days, a true model icon. For Monica Bellucci fans a clear MUST! Also for fashion enthusiasts with a soft spot for aesthetics a good recommendation. In addition to the content, the outer layout of the book is a real eye-catcher.

The picture volume of Marylin Monroe tempts with an inviting cover to browse. Bert Stern has compiled numerous photographs of the style icon of the 50s and 60s and created a true masterpiece. The beautiful images are in a pleasant large format and are complemented by a high-quality text by Norman Mailer. The viewer learns more about Monroe and her life. A declaration of love by the author to the blonde film beauty of days gone by. A great book for all Marylin fans and lovers of the 50s and 60s. A piece of film and fashion history. Highly recommended.

The picture biography of Audrey Hepburn is more than an ordinary picture book: The words of the style icon are the focus, making this picture book very personal and real. It also includes a gallery of black-and-white and color photographs, some 200 images in all, specially selected from Hepburn’s estate for this book. In addition, the reader can marvel at reproductions of mementos from the Hollywood actress’ life. Another special feature: the foreword to this homage to Audrey Hepburn was written by the son of style icon Sean Hepburn Ferrer. For all Hepburn fans, interested in film history and vintage enthusiasts a highly recommended picture volume, which impresses with a personal reference Hepburn and her family.

Brigitte Bardot: Hollywood star, model, style icon. She is one of the most famous French women of our time. Bardot is a myth, she has been both hated and loved throughout her life and extraordinary career. Bardot had her breakthrough in the film industry with the movie: And always the woman beckons. She was idolized by countless fans, especially because of her, for that time, rebellious nature. Bardot defied the rules and started a revolution among young women. Her trademark: The pout and her cleavage. The blonde beauty was accompanied during her career by the French magazine “Pariis Match”, which dedicated about 40 cover pages to her. The author of this book, Christian Brincourt, met Bardot during his work as a journalist and became a close friend of the actress. His son and also author Marc Brincourt is photo editor-in-chief at the magazine “Paris Match” and has access to an extraordinary amount of Bardot’s pictorial material. This picture book captivates by the different photographs, Brigitte as a world star and the private Brigitte. A very successful illustrated book, which shines through additional shots from private archives of Bardot.

Sophia Loren, one of Italy’s most famous divas and a movie star of days gone by. Through her charisma and her talent for comedy, the beautiful southern woman became known through comedies. But the style icon also mastered serious roles with flying colors and was also celebrated in Hollywood. This illustrated book tells the story of a shy girl from the Italian countryside who became a grande dame of film history through her charm and talent. The homage to Loren impresses with 160 pictures, some of them first releases. An impressive picture volume of an impressive woman.

Hitchcock’s favorite blonde, style icon, Princess of Monaco: Grace Kelly. Admired by numerous women of this world, idolized by numerous men of this world, but only a few really knew her. She lived in two worlds: The glamour of Hollywood and life as the Princess of Monaco. A torn personality that seemed almost perfect on the outside. This biography tells the story of Grace Kelly and illuminates her life with beautiful photographs. A book about a woman who still today, even after her death in 1982, fascinates numerous people with her beauty, elegance and charisma.