Sarina Nowak – Curvy Model, Influencer and Actress. The blonde beauty has made a name for herself as a model in the USA and is really taking off. On her Instagram account she stands up for body positivity and encourages many young girls and models. It’s about courage, self-confidence and the reason why her grandma is her biggest role model. Her inspiring and exciting personality is also reflected in our interview with the likeable model and future actress. We talk to her about the important questions! For example, her family and why, despite all the success in the US, she still misses her family sometimes. And, will Sarina perhaps return to Germany at some point? In the interview Sarina Nowak talks about the message she wants to convey, her life in Los Angeles and her job.

Overview hide
Modeling in Los Angeles: what are you missing?
Successful in America: Fashion Business in the USA
Size, Measurements & Model Type: The Differences
Return to Germany?
Body Positivity! Self-confidence and courage
Crass. This is how people react on Instagram
Now also on TV!
Dancing on Ice, Sports Illustrated, Good America…
“My grandma is my role model”
Next: Actress in Hollywood? Coming up!
Now also in the magazine: Sarina Nowak
Body Positivity! Elena Carrier Interview

Modeling in Los Angeles: what are you missing?

FIV: A few years ago you made a conscious decision to emigrate to the US. After that you started a career, which probably few expected at the time, and yet you have become a very successful, self-confident curvy model. What do you miss most about Germany?

Sarina: I miss my family and friends the most. I haven’t been to Germany for a while now and of course travelling is quite difficult at the moment. I also miss the German bread, haha. You just don’t find that here in the US!

Successful in America: Fashion Business in the USA

FIV: You’ve already had a few years of experience in the American fashion business. What is the biggest difference between Germany and the USA, i.e. Los Angeles, in terms of modeling?

Sarina: I have to say that the Curve Market has developed and established itself much faster in the US than in Germany. The people here are much more open and welcome you faster. I just wish that at some point it will be a matter of course that every brand also produces large sizes.

FIV: Surely there are differences in size, measurements & model type in the fashion cities in Europe and the US. Do you have the feeling that you are more successful as a curvy model in the US than in Germany?

Sarina: When I got my first bigger jobs for Sports Illustrated or Good American with Khloe Kardashian in the US, the interest of German brands, as well as TV shows, increased enormously. In addition, the curve market was only just beginning in Germany at that time. For that reason, it’s hard for me to assess. BUT there are definitely more opportunities in the US than Curvy Model, that’s for sure.

FIV: Have you ever thought about returning to Germany?

Sarina: Yes, I have often thought about that… But to be honest, at the moment I don’t know where I want to live someday. What I do know, though, is that I won’t live in Los Angeles forever. We’ll see what the future brings. 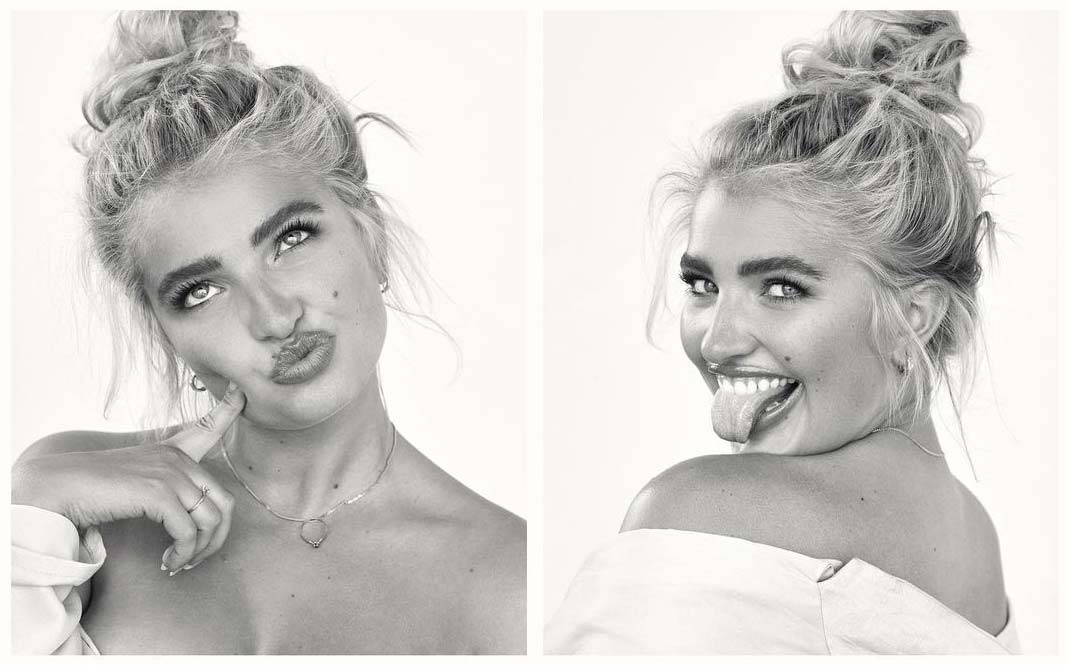 FIV: Body positivity is a big topic on social media. You also convey self-confidence and courage on Instagram and in your book. Through this you have become a role model for many women and young girls. But again and again you read that especially the fashion industry has difficulties with change. In your opinion, has the fashion industry changed in recent years? If yes, do you find this change positive/negative?

Sarina: The fashion industry has changed enormously in recent years and for the better! Of course, even today there are still some who have not understood it and probably never will. However, there is clearly a positive trend. With my followers it is very similar… There are always some who have something to complain about.

An example: I recently posted a photo in a figure-hugging dress that showed off my curves well. Almost half of the comments were from people (mostly German!) who were negative about my body. I don’t get involved in that, of course, but I was still a little shocked. What are these people thinking, judging another person like this? Why? I’ll never understand. If you don’t have anything nice to say, you should just shut up. We should respect, encourage and love each other.

FIV: A lot has changed since your slim beginnings as a model on TV. What was your best experience as a model so far, or what was the most interesting job for you?

Sarina: My participation in Dancing on Ice at the beginning of 2019 is definitely one of my most beautiful experiences as a model and was also my biggest challenge. I am very grateful for this time, because I learned a lot, especially about myself. Meanwhile, I pushed my limits and I think it’s admirable how much you can achieve in a short time if you really want it and work hard for it. And to mention some other great jobs – Sports Illustrated, Good American or Forever21 in Time Square were also very cool experiences. 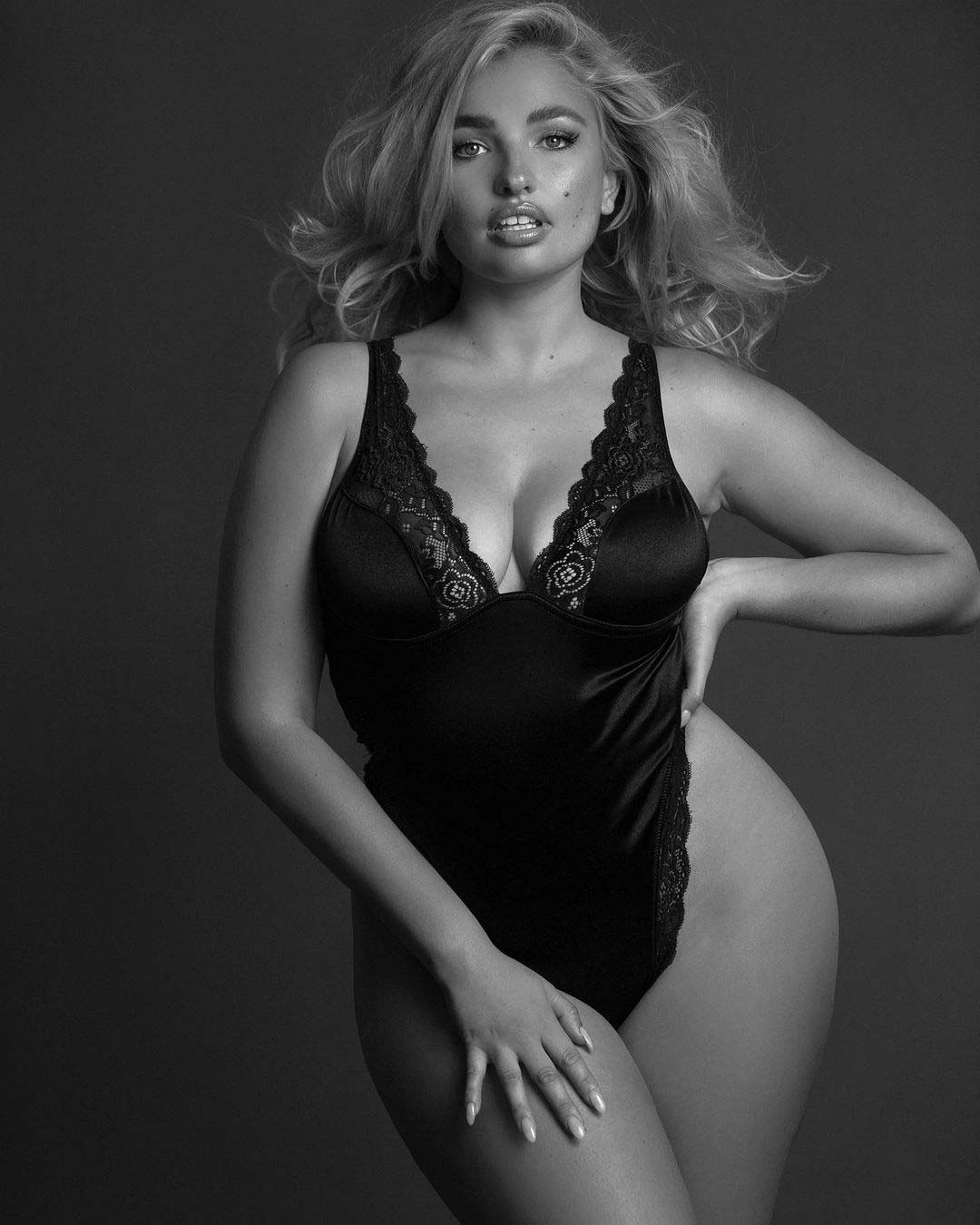 “My grandma is my role model”

FIV: Which person you have met so far have you been particularly impressed with and why?

Sarina: My biggest role model will always be my beautiful grandma. She made me the person I am today. My grandma had the sweetest heart and the purest soul. She was an incredibly positive person. Even when she wasn’t feeling well, she always had a smile on her face.

Next: Actress in Hollywood? Coming up!

FIV: You live in Hollywood, the perfect place to start an acting career. Will we soon see you on screen as well as magazine covers?

Sarina: Since August 2019 I have been attending an acting school in New York. There, very intensive training awaited me every day, which is why I decided to move to NY. In the beginning, I was still commuting to LA every 2 weeks for work. However, all the traveling took so much out of me that I decided to move back to LA, not least because of the Covid19 crisis. My studies are all digital at the moment. But to answer your question, YES, that would be my dream and it is one of my goals!

FIV: Finally, I would be interested in one more thing: If you could change one thing in the world in one second, what would it be?

Sarina: I’ll answer that question with my favorite saying:

If humans had hearts as big as dogs, the world would be a better place!

You can also find the interview with Sarina Nowak in the magazine! Now on fivmagazine.com, read the whole magazine online: 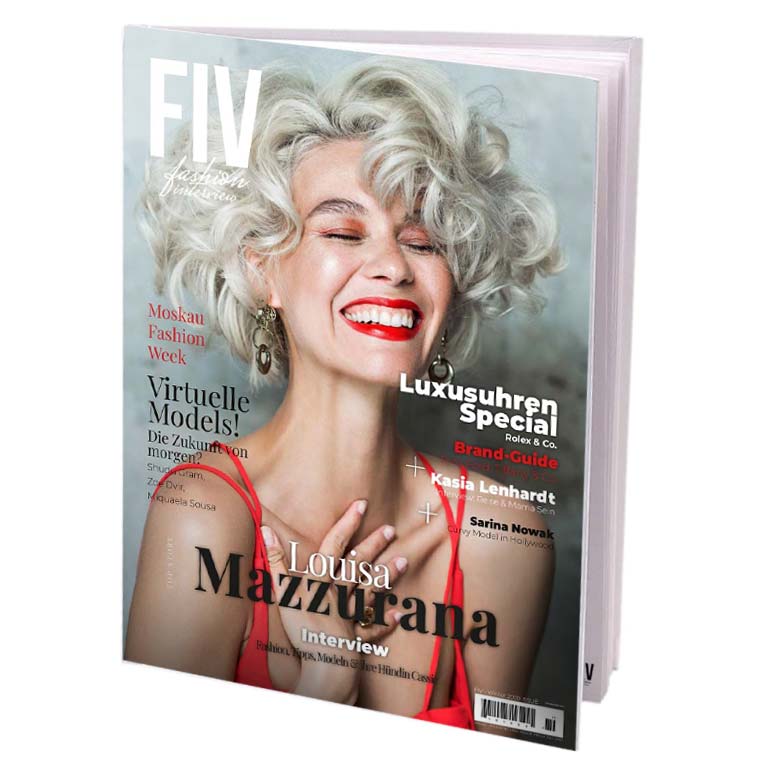 Elena Carrier also talks to us in an interview about Body Positivity! The well-known model Elena Carrière first became known through her participation in Germany’s Next Topmodel and even came in second place in this show. Now this experience is several years ago, but Elena is still active as a model. Today we talk to her about her life as an influencer and person in the public eye. How she sees herself as a role model for young women and maintains a healthy attitude towards her body. She also tells us what she does to wind down after a stressful day and gives us exciting insights into her latest project. Find out what it’s all about here in the interview! 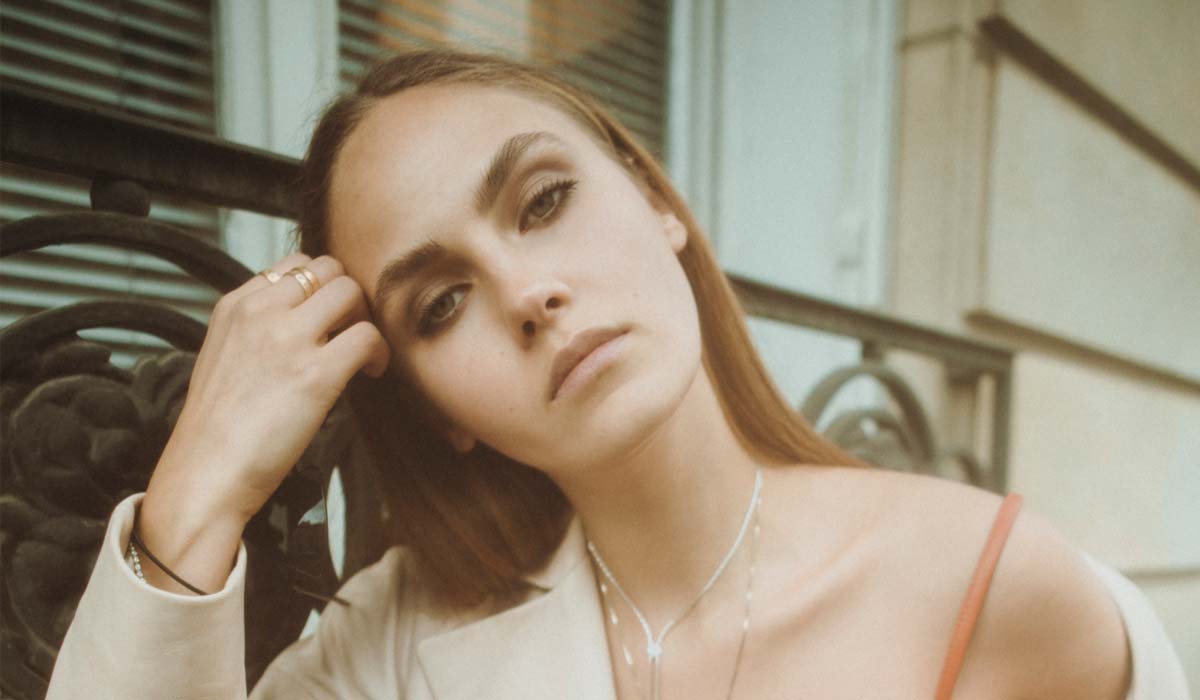