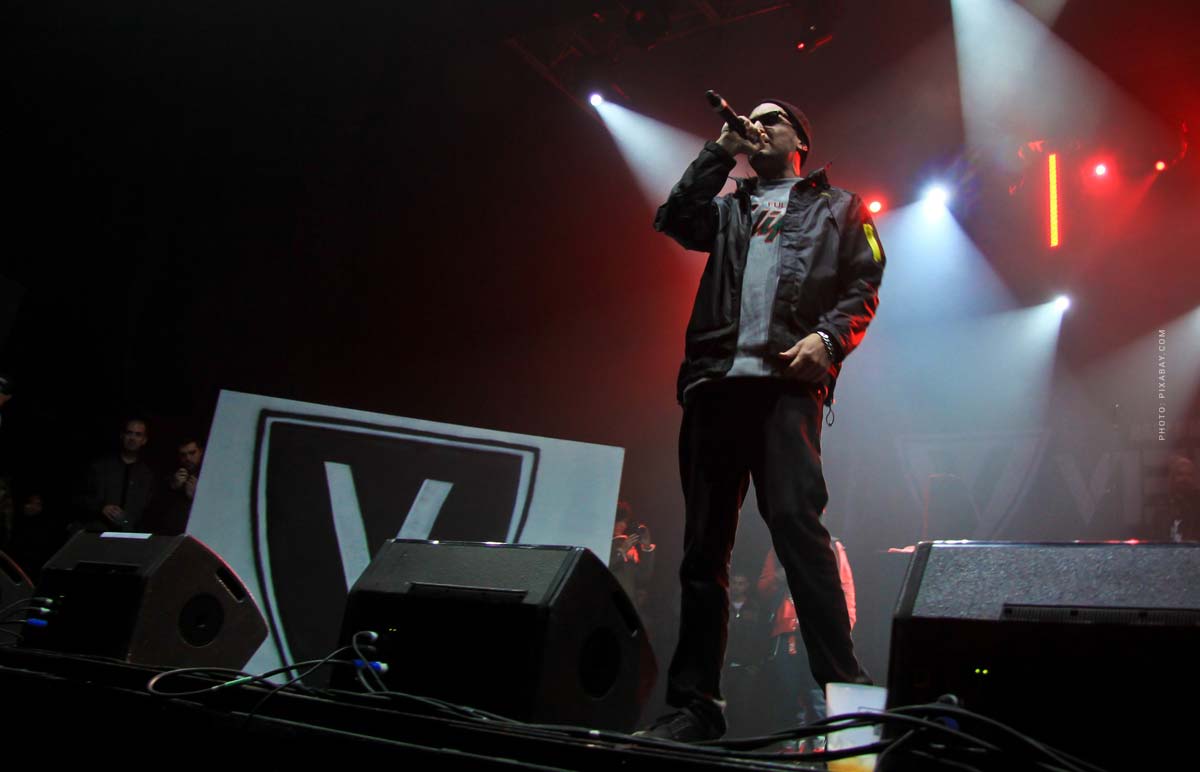 Rap, hip-hop, chanting, these three words more or less stand for the same kind of music. However, hip-hop in the true sense is more of a subculture that found its beginnings in the 1970s in the African-American ghettos of New York. Because of this origin, hip-hop refers to itself as street culture. But when did it start in Germany?

German Rap – How it all began

When the culture of hip-hop began in New York, people in Germany were listening to ABBA, Status Quo, Smokey and Schlager. At that time, hardly anyone in Germany noticed the culture of hip-hop, which was mostly lived on the street, with rap, DJing, B-boying (breakdancing) and graffiti. There is still disagreement about the beginnings in Germany. The single released in April 1980, titled “Rapper’s Deutsch”, is considered the first German-language rap song, but without really becoming famous. G.L.S.-United were the performers, which include Thomas Gottschalk. It was a parody of the American rap song Rapper’s Delight by the Sugarhill Gang.

Nina Hagen and Die Toten Hosen also recorded a single with rap in the early 1980s. The first nationally known hip-hop bands in West Germany were Rock Da Most, Advanced Chemisty, We Wear The Crown Posse, TCA the Microphone Mafia and Too Strong. As in West Germany, musicians in East Germany were also influenced by the film Wild Style, with the English-language crew Electric Beat Crew emerging in East Germany shortly before the fall of the Berlin Wall. In the mid-1980s, this first wave subsided again. It was probably the Fresh Familee, which published in 1989, the first German rap song originating from the culture, under the title “Ahmet Gündüz”.

The first renowned German hip-hop artists initially rapped almost exclusively in English, until Torch from Advanced Chemistry freestyled in German for the first time at a jam and received approval from the audience, which was probably due to better understanding. But it wasn’t until 1992 that Advanced Chemistry released “Fremd im eigenen Land,” the first record in German.

Rap then established itself more and more in pop culture and more artists emerged. The so-called fun rap became popular and with it the performers such as Die Fantastischen Vier or Fettes Brot as well as the Rödelheim Hartreim project by Moses Pelham in which, among others, the then completely unknown artists Sabrina Setlur and Xavier Naidoo participated. Through this new type of rap, the scene split into Neue Schule and Alte Schule, while the Neue Schule preferred the fun lyrics, the Alte Schule saw themselves more as the critical performers, with lyrics against racism or police violence like the Absolute Beginner with their song K.E.I.N.E., which was considered police criticism.

Increase in popularity in a short time:

Integration into the mainstream

From the mid-1990s, hip-hop became an integral part of German pop culture. Independent hip-hop centers emerged in the Ruhr region, Düsseldorf, Cologne, Berlin, Heidelberg, Stuttgart, Munich and, above all, Hamburg. Massive Töne, Blumentopf and Freundeskreis established themselves during this period.

Experience Deutschrap up close! Are you interested in the topic? Here you can find some videos that describe the beginnings of hip-hop in Germany. In addition to real documentaries, you will find interviews and insights into the lives of rappers and artists.

The Beginnings: How Hip Hop Came to Germany

The beginnings of hip hop in a video. How did rap come from the Bronx in America to European Germany? All these questions are answered here in this video.

Many people associate German rap with a high crime rate, especially in Berlin. Find out why in this video. Berlin has two sides – the glamorous and rich on one side, and violence and rap on the other. See for yourself what this side has to do with German hip-hop.

The German rapper Massiv in the interview – experience the scene of German hip-hop with Massiv here! From the hairdresser to the gym, here you experience the whole everyday life of a rapper up close!