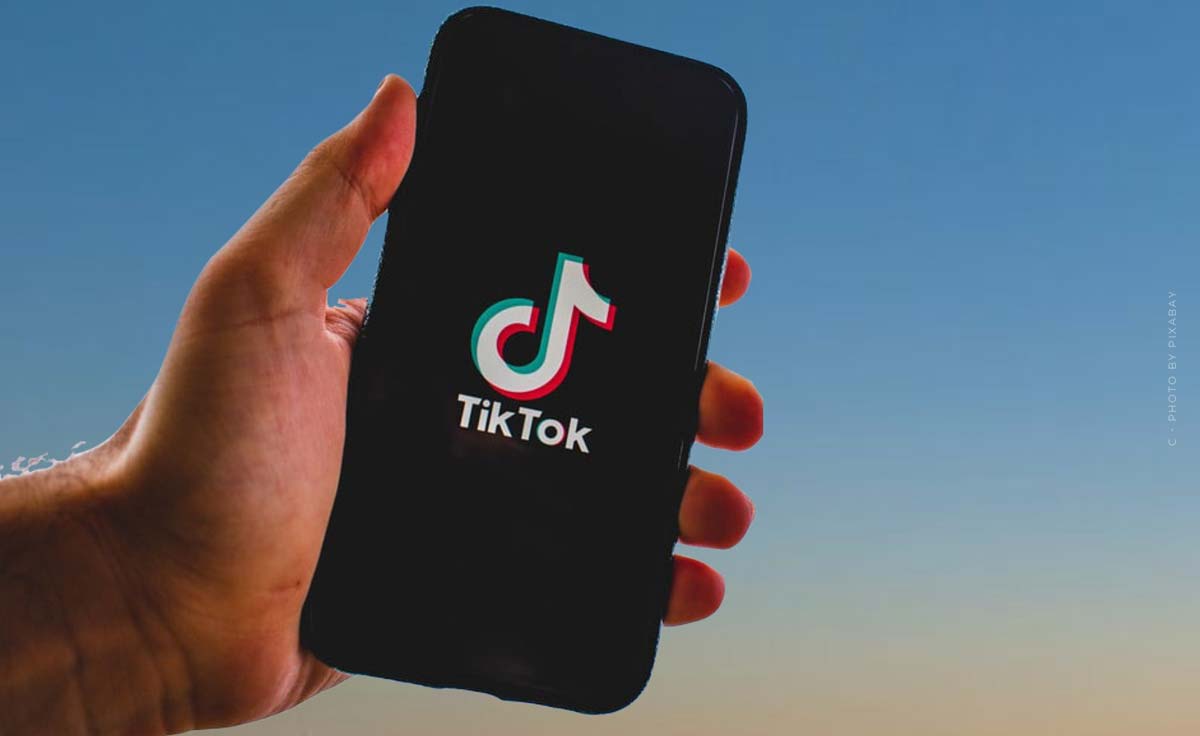 An entry in the Guinness Book of Records at the age of 17 – not everyone can achieve that! With over 125 million subscribers, the US American has the most subscribed TikTok account and inspires fans worldwide!

Also known as Khaby Lame, he is now known worldwide for his funny, ironic videos on TikTok. The Italian-based video producer now has a whopping 114.6 million subscribers – hopefully we’ll be seeing a lot more from the 21-year-old.

Social media has brought her to the top – even Netflix became aware of her. Since 2019, the US – American regularly publishes dance videos on the platform TikTok.

The Filipino-American singer took off on TikTok, gaining international notoriety. In May 2021, she debuted on the music scene with her single “Build a Bitch” and was able to enter the charts with it.

YouTube, Vine and Tiktok, Zachary King can be found on every platform. Born in 1990, the video artist has gained international exposure early on. But his funny, tricky videos are also worth watching!

The world-famous US-American actor has dedicated himself to social media! After numerous films and the series breakthrough by the Fresh Prince of Bel Air, the star now conquers the Internet.

@willsmithBringingBel Air Athletics to the UK with a little *magic* 🙂 Big shoutout to @selfridges for making it happen!♬ Monkeys Spinning Monkeys – Kevin MacLeod

TikTok is a phenomenon that originated in China and has become a hit with young people and adults alike. The completely video-based format appeared in September 2016 and continues to gain popularity. TikTok’s own channel has landed in seventh place in the ranking of the most popular TikTok accounts.

Charli D’Amelio’s older sister emulated her sister and now runs one of the most popular TikTok accounts in the world. Even more popular, meanwhile, is her music, which has made it onto the charts.

Known as Spencer X, the US American delights his fans with funny videos and beat box tracks. He lands in eighth place in this ranking.

Loren Gray is considered one of the leading social media stars worldwide. Whether Instagram or TikTok – the 19-year-old American also inspires her fans with her music.

@lorengrayit‘s either 10 layers of clothes or none . completely happy and thriving or empty inside. nothing in between.

♬ I got three looks but better – 𝔤𝔞𝔟𝔰⛪️🦇🪐

Here you can see the ranking of the most popular TikTok accounts by number of followers worldwide in September 2021 (in millions). 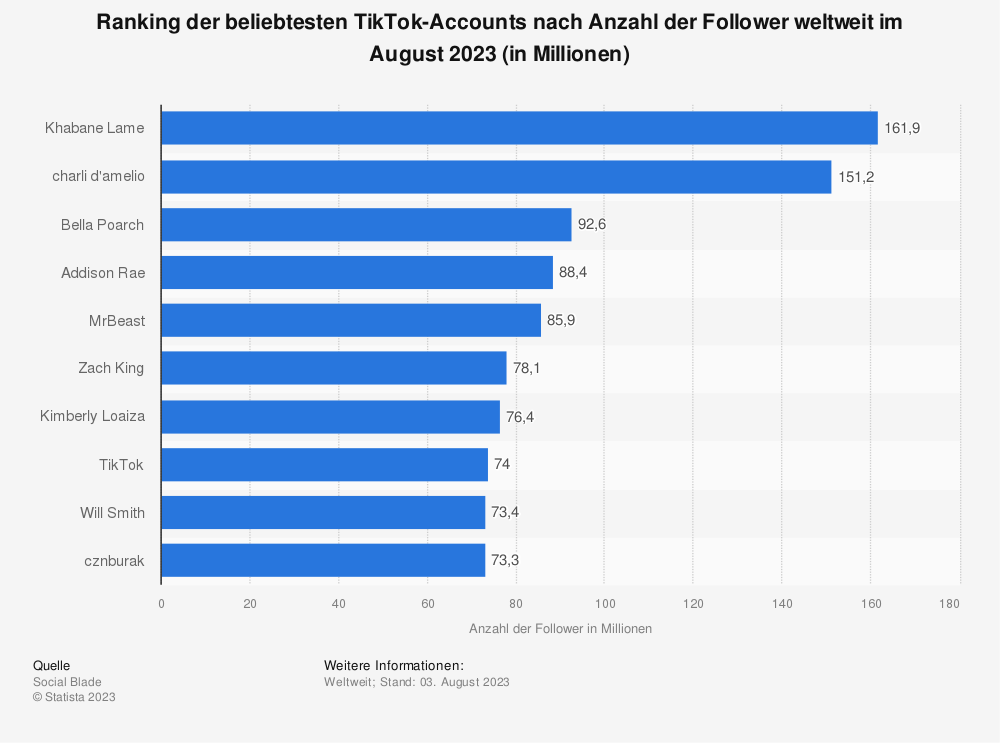 Enthusiastic? More about these stars!

You are a real fan of Charlie and Dixi D’Amelio? Love the humor of Will Smith and want to learn more about Addison Rae? Check out our great article on TikTok Stars here!