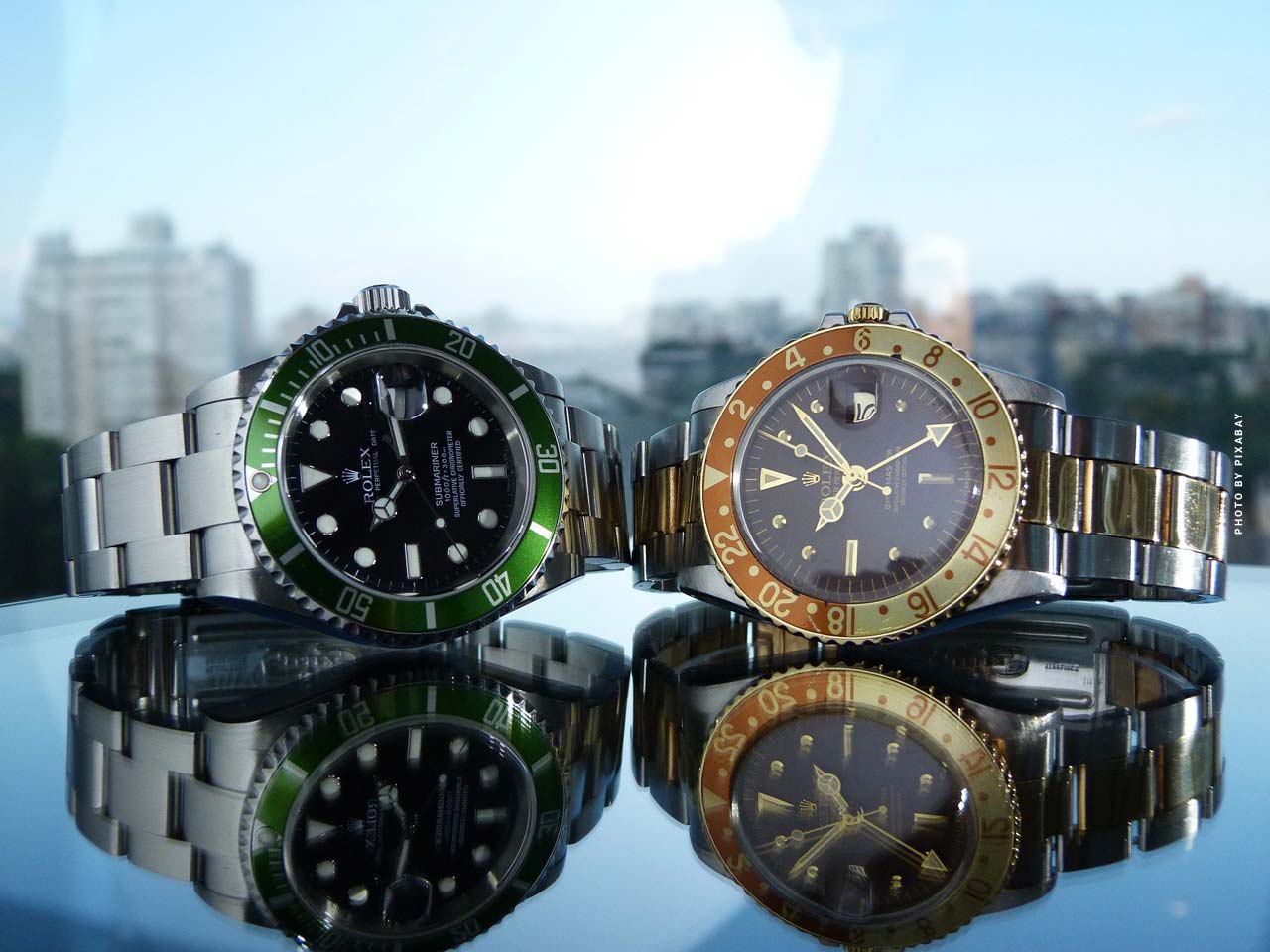 The most expensive Rolex watches – Rolex stands for luxury like no other watch brand for men but also for women around the world, only Patek Philippe tops the prices of Rolex. Rolex has been producing legendary watch models since 1905 but also real collectors’ items, as we will see in the ranking in a moment! We have all prices and Rolex models. Whether Submariner, Daytona and Datejust or watch models like the GMT-Master II, Day-Date and Explorer. The most expensive luxury watches in the world are auctioned at Phillips (Geneva). But which Rolex is the most expensive? Which of the most expensive watches is still relatively cheap? Enjoy reading our Rolex Toplist!

The dial of the watch is dark brown, which contrasts with the white exterior trims. With Art Deco lettering, black and red minute display and square ends on the subsidiary dials. This exceptional men’s watch represents Paul Newman and it has perfectly captured his spirit in design. This makes Paul Newman’s Cosmograph Daytona one of the most sought-after watches among Rolex collectors.

The watch was bought by Paul Newman’s wife. She is worried because Paul Newman was a huge motorsport fan. So that he would not be involved in an accident while driving Ferraris and Lamborghinis, she let “DRIVE CAREFULLY ME” into the bottom of the watch case.

A loving gesture from his wife, who also brings so much history to the watch. Especially for fans of cars and motor sports, this Rolex is a special piece of jewelry. Especially for Americans who want to own a piece of Hollywood history.

Facts of the watch: Cosmograph Daytona

This auction has changed the world of luxury watches. Over $17 million dollars for a Rolex model. 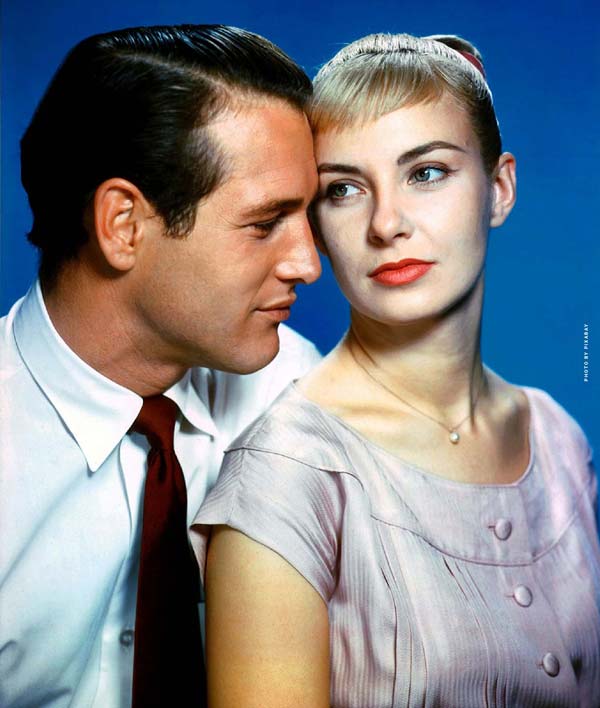 Paul Newman occurs more frequently in the history of Rolex. Actually Newman was an Oscar-winning Hollywood actor. He starred in movies like: “The Cat on the Hot Tin Roof”, “Sharks of the Big City” and “The Sting”. In 1925 Newman was born in Ohio and already in his childhood he gained first acting experiences. The first Oscar nomination was for “The Cat on the Hot Tin Roof” (1958). In the film Newman rejects Liz Taylor and prefers to take the bottle. Privately he found his luck in 1958 with Joanne Woodward. It was his second marriage. It was also she who gave him his world-famous Cosmograph Daytona. More precisely in 1972, when the actor began his career as a racing driver.

Daytonas are usually made of stainless steel. Stainless steel has extremely many advantages. It is corrosion-resistant, temperature-resistant, hygienic, low-maintenance and above all durable.

The uniqueness of the watch needed the renowned collector John Goldberger to put the model 2018 up for auction. The equally renowned Phillips in Geneva was chosen as the auction house.

Goldberger donated the proceeds to charity.

Facts of the watch

$5,060,427 for 3rd place, the Bao Dai Reference 6062, auctioned at Phillips in Geneva in 2018. What makes this watch so special, the Bao Dai was privately owned by the last emperor of the Vietnamese Nguyen Dynasty. Because it was the rarest of the Rolex model 6062, it was added to the list of the most expensive Rolex watches.

Rolex unique specimen in private ownership of the emperor

Of course, the emperor and the clock did not simply come together. In 1954, the Nguyen Emperor asked a Rolex dealer for the rarest available Rolex. The dealer recommended him the watch made of 18K yellow gold. Not only 18K yellow gold, the watch also has diamond elements and a complex triple calendar with moon phase display.

The emperor kept his Rolex until his death (1977). In 2002, the watch changed hands once, even then for a high price of $235K. Now there was another change of ownership, like all expensive Rolex models, the Bao Dai Reference 6062 was put up for auction at Phillips in Geneva with a result of $5,060,427.

Of the currently 3 known models the Bao Dai is also something special in detail. Its diamond elements mark the even hours. In all other models the diamonds lie on odd hours. This diamond offset in turn resulted in the famous Rolex crown not being placed at 12 o’clock as usual, but below the diamonds. Another, absolutely unique in the Rolex world.

Aurel Bacs, Senior Consultant of Phillips in cooperation with Bacs & Russo, called the Bao Dai Reference 6062 “a work of art”. It is part of what makes up the culture of the 20th century, a truly unique work of art. Bacs continues: “This is what we, humanity, want to hold on to together. It would make perfect sense to place it in a museum that reunites the best of the best of the 20th century. It really is a landmark of 20th century industrial design,” says Aurel Bacs, senior consultant at Phillips.

Facts of the watch: Bao Dai

This Daytona in yellow gold, produced in 1969 is one of the earliest 6263 models ever made. “The Legend” Daytona Oyster Reference 6263 is a genuine original by Paul Newman.

For many years its existence was discussed among watch collectors, as its nickname “The Legend” suggests. The selling price of $3.718 million was finally 3 times higher than the previously ordered estimate of the Daytona. It was finally auctioned in Geneva in 2017.

$3.01 million for the Daytona Reference 6240, another record for Rolex watches. “The Neanderthal” achieved such a high purchase price primarily because of its oversized subdials and unusual color combination. Made in 1966, this watch with a “Pre-Paul Newman” dial (hence the nickname “Neanderthal”) is the first cosmograph with screw-down chronograph pushers, a detail that improved the water-resistance of the timepiece.

The Neanderthal” was auctioned in Geneva in May 2017.
This dial shows a color scheme that we have never seen before in the production of Rolex watches. This Rolex model represents for collectors a highly interesting and also historically significant object of desire. The stainless steel chronograph wristwatch has a unique black and white dial in “Pre-Paul Newman” style, as described above. With oversized registers and black outer second markers on a white track, a truly unique piece.

In addition, the proportions are just as individual and unique thanks to the oversized subdials that almost touch the outer white seconds track. Cosmographs with oversized subdials are now known as “Big Eye”. This layout is truly unlike anything the market has seen before.

“The Neanderthal” in detail: close-ups

Rolex has been an active sponsor of racing events since the 1930s and has donated the Antimagnetique watch to a select group of racing teams and drivers. A real rarity, because only 12 pieces of this watch were produced. Today 8 pieces still exist.  Since this watch was never for public sale, it was very much sought after by collectors and was sold in 2016 for almost 2.5 million dollars.

Like the absolute highlight model, Paul Newman’s Cosmograph Daytona for $17.7 million, this model is especially popular with motorsport fans. This $17.7 million piece is the most expensive Rolex ever sold.

A few details about the watch: The 44mm dial of this 1942 watch is set in stainless steel. You’ll find sublime Arabic rose gold with a subtle patina. The bezel (outline of the dial) is highly polished and forms a brilliant contrast to the case.

The “Oyster Sotto” is a real highlight. Shine, brilliance and still the typical, robust Rolex style. This stainless steel chronograph from 1969, with its Paul Newman dial in chocolate brown, tropical for Rolex conditions, and its red minute display. A real rarity.

The “Oyster Sotto” clearly exceeded the estimate at the auction by Phillips in May 2016. At the end of the auction, the seller brought in $2.036 million, including auction fees.

The Stainless Steel is from the same model series (Reference 6062) as the famous “Bao Dai” and is ranked second in the Rolex ranking. 1 of 3 models, which also show the moon phase, a relatively expensive mechanism, which is rather reserved for designer watches.

Experts estimate that the stainless steel was only produced in 200 to 300, so the hybrid of waterproof Oyster case and calendar moon phases needed $1,988,000 at the last auction.

This 1972 GMT Master (Reference 1675), worn by Marlon Brando during the shooting of “Apocalypse Now”, was finally sold for $1.952 million after a 15-minute bidding war in which the watch far exceeded its original estimate.

The GMT Master with a black dial and black strap is also remarkable because Brando removed the bezel (the outline of the dial) at the request of director Francis Ford Coppola so that its glitter would not draw too much attention to the watch during Colonel Kurtz’s scenes. Brando also carved his name on the back of the watch.

Both watches, the Stainless Steel Reference 4113 and Pink Gold Reference 6062, were sold at the same day at the same auction in Geneva in November 2019 for the same price, exactly $1.945 million each.

The oversized stainless steel chronograph from 1942 is 1 of only 12 pieces in the 4113 series.