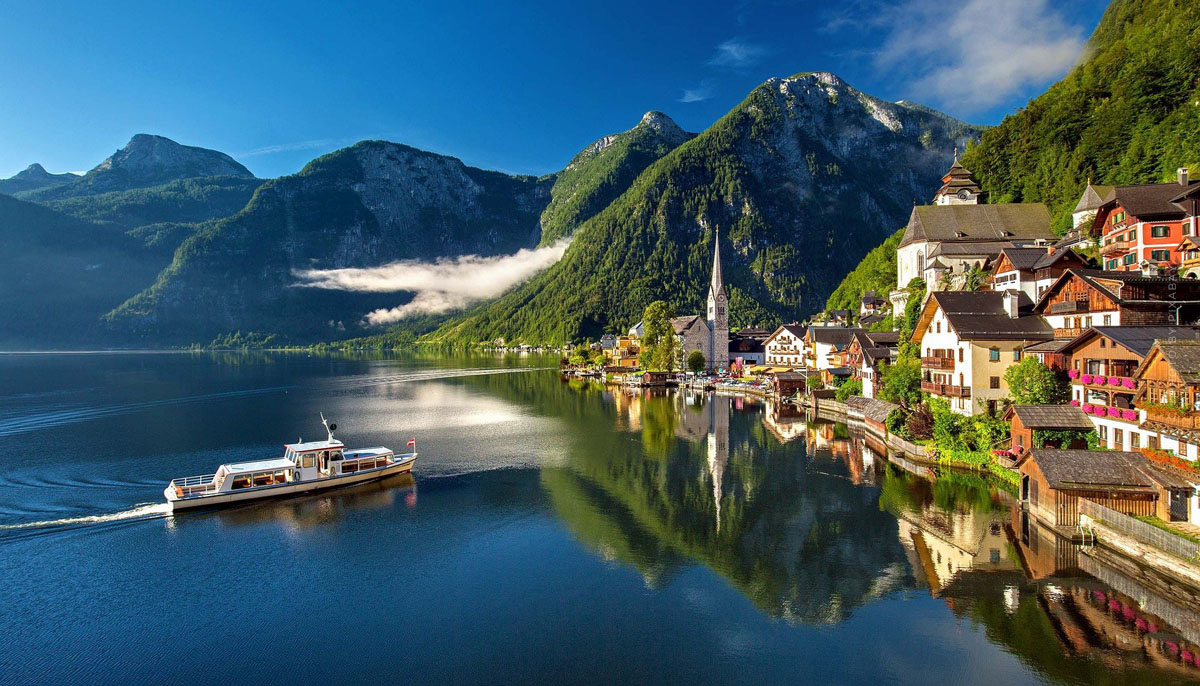 Austria is a particularly diverse and varied country and is therefore the perfect destination for adventure seekers. Cities such as Vienna or Salzburg impress thanks to their historic, magnificent charm and the many small picturesque villages on the many lakes and mountains convey a feeling of peace and home. This almost makes you wonder where to go on holiday in Austria first. Which are Austria’s most beautiful cities and where should you rather spend your holidays in summer and where in winter?

Are you curious? Then find out here about Vienna, Graz and Gmunden – cities that could not be more different.

Vienna: A trip to the capital

Vienna is not only the capital, but also one of the most beautiful cities in Austria with numerous sights such as St. Stephen’s Cathedral, the Vienna State Opera, the Hundertwasser House, the Burgtheater or the Ringstraße.

Immerse yourself in Viennese city life before your visit and explore the area around the State Opera on your own.

The metropolis is world-famous for its coffee house culture and was even included in the UNESCO list of intangible world cultural heritage in 2011. So don’t miss the chance to immerse yourself in Vienna’s historic lifestyle over a delicious coffee. Did you know that you have to order an “Verlängerten” if you want a regular black coffee? If you’re more of a cappuccino fan, you should order a “Melange”.

If you like to be in nature, you should visit the Danube Island. This is a 21-kilometer-long artificial island of the Danube, which is also known as the green heart of Vienna. Here you can not only relax in one of the beach bars, but also do exciting activities like skating, climbing in the climbing park or gymnastics in the huge water playground.

From the center, the island is easy to reach. Grab a bike and soak up some Viennese flair on the way there.

Graz is located in the trendy region of Styria and is the second largest city in Austria. The cityscape is hip, with a wide range of culture and art, shaped by the many students who flock to the university city. In addition, Graz also has a very beautiful old town, which has a very special charm due to its sometimes very intricate alleys. The landmark of the city is the clock tower, which is enthroned on the Schlossberg above the city and is visible from many places.

A trip to the Schlossberg is always worthwhile and not only because of the clock tower. Sure, it’s important to have seen the landmark, but the climb alone is worth it. You have to climb 260 steps to get to the top. Of course, more comfortable travelers can also take the Schlossbergbahn, a funicular railway, or the glass Schlossberg lift built into the interior of the mountain. No matter what you choose, a breathtaking view over Graz is guaranteed. Since a few years there is even the highest indoor slide in the world.

See for yourself and convince yourself with a virtual tour that a trip to the Schlossberg is definitely a must when you visit Graz.

But also the shell-shaped platform “Murinsel”, which lies on the river Mur, is a real highlight. The island can be accessed from both sides via the footbridge. Especially at night a trip is worthwhile, because the island is lavishly illuminated in the dark.

An insider tip is to visit the farmer’s market on Lendplatz, as there are usually only a few tourists here. Stroll through the market, have a chat with the exhibitors and buy one or the other regional delicacy.

By the way, it’s not far from Graz to Gmunden. If you are willing to take a little detour, you should choose the alternative route and make a stop at the National Park “Kalkalpen”. Discover the only lynx population in the Austrian Alps or explore the huge forest areas. Particularly interesting is, for example, the Great Gorge in the Reichramiger Hintergebirge or the Feichtau Lakes at the foot of the Hohe Nock.

From the National Park Gmunden is now really not far. Unlike Vienna and Graz, it is not a particularly large town, but Gmunden is at least as impressive.

Gmunden is located in the Salzkammergut region of Upper Austria. The immediate proximity to the Traunsee can be considered as a flagship of the city. The numerous hiking trails around the lake, as well as the Traunsee bike path attract tourists. But also the many landing stages around the lake are very impressive. Particularly impressive is the “Seeschloss Ort”, which is located on an island in the middle of the lake.

Come with us on a discovery tour and immerse yourself in the flair of the castle. Did you know that the eponymous series “Schlosshotel Orth” was filmed there? If you don’t know it yet, watch it to get in the mood for your upcoming holiday.

Another highlight of Gmunden is the city’s own ceramics factory, which produces the famous Gmundner ceramics. During a visit you can not only see how the ceramics are fired, but with a little luck you can even pick up a piece of jewellery or two at an unbeatable price in the remnants department.