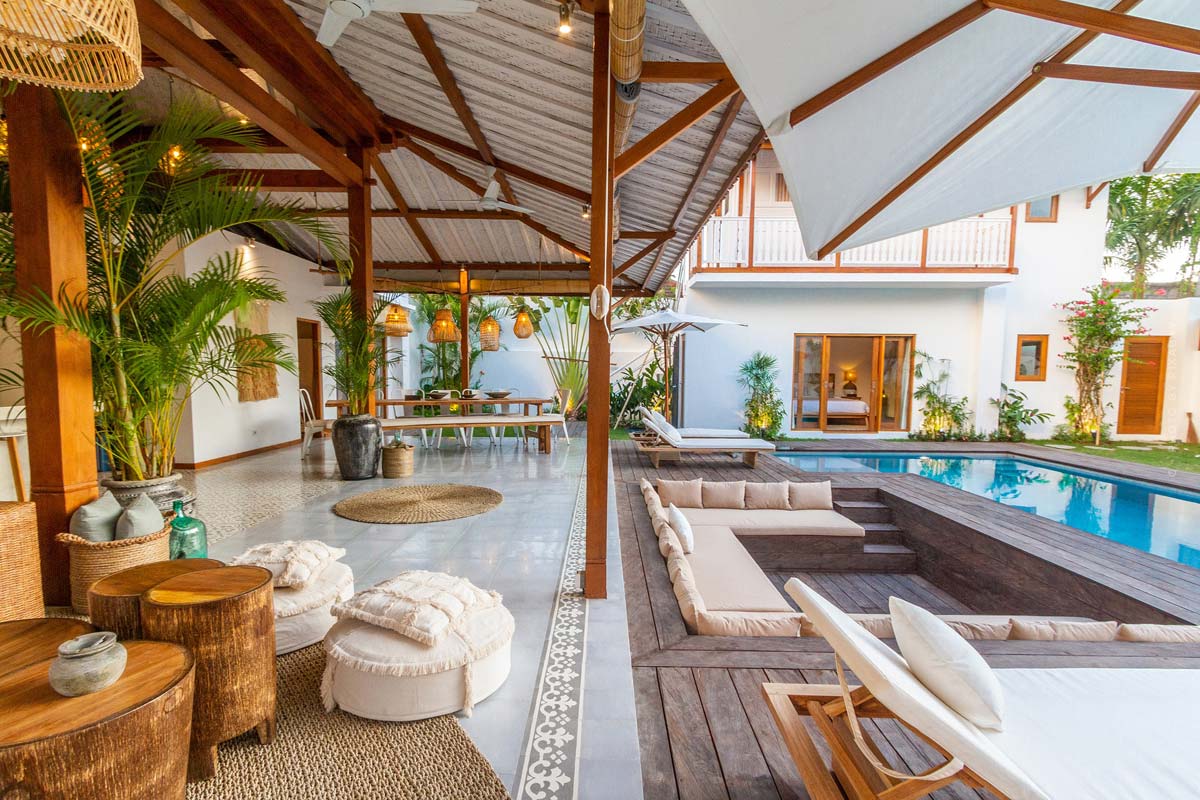 Have you ever wondered how the newlyweds, Hailey and Justin Bieber, are living now? Justin was formerly from Canada, Hailey was born in Arizona. Where did the two decide to live together? Here you can find out where stars live and what the couples’ house looks like.

Overview hide
Beverly Hills: The Place to live
Infinity pool, spa and private tennis court
The History of the Villa
This is how Justin and Hailey live now!
The impact of the house on Hailey and Justin’s relationship

Beverly Hills: The Place to live

Up to now Justin and Hailey had lived in a villa in the San Fernando Valley in Los Angeles, for the equivalent of 90,ooo Euros rent per month. But this luxury villa was not enough for them. The couple now treated themselves to a villa from the luxury real estate company Hilton & Hyland in the Beverly Hills, which cost about 22 million euros. The Biebers’ house is called “The Tropics” and is known for its mix of Hollywood glamour and relaxed California style. The brick villa offers a total of 1,600 square meters, including its own tennis court, infinity pool as well as a temperature-controlled wine cellar, a wooden library and an art deco bar.

The Biebers’ property is located north of Sunset Boulevard in the famous Beverly Hills. Of course, this area is especially appealing to the couple. After all, they are not the only stars who have settled in LA. Solid wood furniture, classic chandeliers, and bright rooms as well as materials like leather or velvet are the hallmarks of the villa.

Here you can see the location of the Villa der Biebers:

The house of the two bubbles with vacation vibes, rounded off by many green plants in the living room and the kitchen. But that’s not all: a total of seven bedrooms, ten bathrooms, a large professional kitchen, a gigantic living room, their own fitness studio, a home cinema and a piano equip the luxury villa. The master bathroom promises a wellness feeling, with its recreated spa area. Outside, Hailey and Justin can relax in the outdoor living room with its relaxed sitting area and barbecue, while enjoying the wonderful view over the valley. Even a recording studio owns the villa, where Justin works diligently on his new songs. With a property like this, you wouldn’t have to leave your house, would you?

Interested in Hailey and Justin’s villa? Take a look:

The History of the Villa

Their house was originally built in the 1930s in a “Monterey-colonial” style typical of the area. It is located in the middle of the famous Berverly Park, a gated community famous for its huge villas and famous residents. The villa was renovated by previous owner Charles Infante, the Hollywood production designer. Among the former owners of the house were Sofia Vergara, Denzel Washington, Sylvester Stallone, Eddie Murphy, Rod Stewart and several members of the Saudi royal family.

Originally, the house was last sold for $16.5 million in 2015, according to property records. The buyer was Dubai-based real estate developer, Danny Lubert. He then had the property remodelled for several million dollars and furnished it with contemporary interiors before offering it for sale again. However, the house was not so easy to sell. After the price of a whopping $49 million was lowered, the Biebers got hold of it for almost half.

Here you will find even more insights into the private rooms of the two stars:

This is how Justin and Hailey live now!

The couple added their very personal touch with expensive artwork and photographs on the walls. The open floor plan of the house in the Beverly Hills features vaulted ceilings and continuous wooden floors, while high windows provide plenty of light. But what is the highlight of the Biebers-House? Justin’s preference for stuffed animals and all kinds of toys can also be found in this house. On the shelves and pedestals are sculptures and plush collectibles from KAWS. This is an artist of whom Justin is a big fan. Allegedly, Bieber spent nearly $15 million on one of his paintings in a sale in Hong Kong last year.

The heart of the house: a design by a Lego man from Idiot Box Art, which instead of a mouth bears the name of his clothing brand Drew. A model by Bart Simpson and Charlie Brown from Peanuts, of course, should not be missing. His fondness for skating has also not been forgotten at the villa: Numerous palace skateboards line the wall of a staircase. Last but not least, the Takashi Murakami cushions scattered across the huge grey velvet sofa.

The impact of the house on Hailey and Justin’s relationship

The new house seems to do the fresh couple good. The two Tik Toks make eagerly in their living room or kitchen, and let fans marvel at their home. But the Biebers do not live alone in the huge estate. Their two exotic Savannah cats Suhi & Tuna as well as dog Oscar are also present. The two moved into the villa exactly six months before their wedding. They even plan to start their own family in the near future. Their property is of course perfect for that! Friends like Kendall Jenner or Cara Delevigne are also enthusiastic about the Biebers’ villa and spend a lot of time with them.