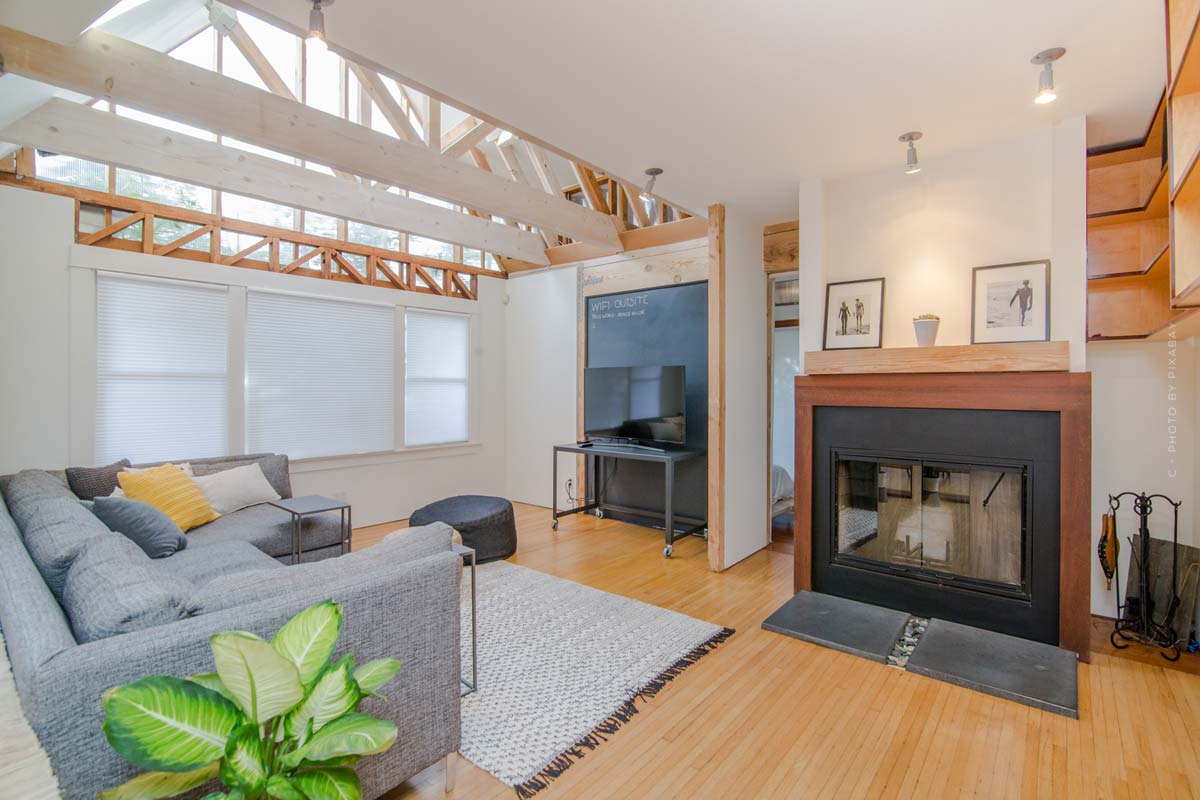 Kendall Nicole Jenner – the famous member of the Kardashian clan is one of the 15 most successful Instagram personalities with over 135 million followers and is also the highest paid model in the world according to Forbes Magazine (2017). Kendall has been shying away from showing off her house because she has been burgled many times, but now for the first time, she has offered a private view of her newly renovated Beverly Hills mansion. Calm, peaceful and cozy – Kendall strives for a contrast to her turbulent life as a supermodel, presenter and reality TV star.

Beverly Hills: The place to be

Supermodel Kendall Jenner lives in Los Angeles, Beverly Hills – to be exact in the luxurious Mulholland Estates. This is a demarcated, guarded area in the Santa Monica Mountains in southern California. Stars like Christina Aguilera, Paris Hilton, DJ Khaled, Charlie Sheen, Robbie Williams and others live here. Probably they were attracted to this 24/7 guarded facility because their previous house (worth 6.5 million dollars) near the Sunset Strip in L.A. was broken into several times. By the way, she is also the only member of the Kardashian clan not living in the “Hidden Hills”.

Beverly Hills is located in Los Angeles County, West Hollywood is the eastern bordering city and Beverly Hills is completely surrounded by Los Angeles. The Mulholland Estates are high in the mountains of the city and Kendall’s house is surrounded by trees. It offers a very private atmosphere despite the many famous neighbors living close by, which Kendall appreciates.

“I lika a house that has character. When I walked into this place, I was immediately drawn into the peaceful spanish-y, farmhouse-y vibe.” (Kendall Jenner)

She bought the dream house in which Kendall currently lives for 8.55 million dollars. It has a surface of 615m² with 5 bedrooms and 6 bathrooms, a pool in the garden, a spa, a tennis court, a campfire area and a playground. There is also a spacious dining room, office, art studio and a luxury marble kitchen. The house also has a small courtyard with a fountain and lemon trees, making it a perfect retreat. The house was last inhabited by actor Charlie Sheen and was furnished with lots of wood and terracotta tiles. Kendall completely renovated the villa, which took more than a year in total. Now your home shines in new splendor: with simple, bright wall and ceiling colors, isolated colorful works of art and a mix of old and new furniture, your house radiates warmth and security. She left the arches in the living and dining room intact during the renovation, as well as the large fireplace in the spacious living room.

“The overall vibe that I was going for was really peaceful, I wanted to feel super calm.” (Kendall Jenner)

Kendall worked with designers and interior designers Waldo Fernandez, as well as Kathleen and Tommy Clements to furnish her Mansion. She chose a neutral color palette in white, beige, natural and earth tones, the floors were chosen in dark wood, partly covered with light-colored carpets. A lot of light enters all rooms of the house through several windows, and through its U-shape, almost all rooms lead directly into the garden.

The living room is the heart of the house. Dark, exposed wooden beams in the high ceiling spread a Mediterranean and cosy flair. At the head of the room is a large fireplace, in front of which two large sofas are draped, inviting you to relax. Kendall has not had any TVs installed in the living room, she wants the room to inspire and invite to deep and personal conversations. For this purpose there is a separate TV room, from which you can access the garden directly through a window front.

The spacious kitchen consists of dark green wooden cabinets and grey marble work surfaces. The large kitchen island in the middle of the room invites you to a social cooking evening. As Kendall also says in an interview with Architectural Digest: “This kitchen just like makes me want to cook.

In her small art studio, which is flooded with light from two sides through window fronts, Kendall demonstrates her taste for special unique pieces: here – in addition to an easel – you will find an antique Turkish carpet and a French chaise longue from the 19th century.

In addition to her walk-in closet, the house has a dressing room – which was created from two bedrooms that have been joined together – and a “powder room” on whose wall hang all the framed covers that Kendall has decorated up to now. According to Kendall herself, this is a tradition among her and her sisters that Kim Kardashian originally began.

The bathroom is spacious, but not huge, with high ceilings, arches in the walls, and direct access to the garden. It has a large, comfortable bed and in front of the windows there is a small terrace facing the garden, ordered with lounge furniture and a small fireplace. The bathroom ensuite is in white: white wooden fronts on the cupboards, an old brown wooden cupboard without doors, a barrier-free, large glass shower and a free-standing golden bathtub directly in front of windows facing the garden are to be found in this room.

Kendall’s goal was to build her very personal resting place out of the house that had previously been furnished quite rustically by Charlie Sheen. After more than a year of renovation work she seems to have succeeded. Many open rooms that merge into each other, high ceilings and a reduced but still comfortable interior invite you to relax. Several windows flood all rooms with the famous Californian sun, which always shines. The often direct access to the green and completely separated garden is a big plus of this property and offers Kendall the desired privacy. The house should invite you to stay and relax: In her dining room, as well as in the office and in the living room there are no televisions. The art studio is Kendall’s very personal retreat, for her painting is a kind of therapy. She seems to be very satisfied with the result, she says herself in an interview with Architectural Digest:

“This is the first home I’ve done completely, and I think it’s a genuine reflection of who I am and what I like.” (Kendall Jenner)