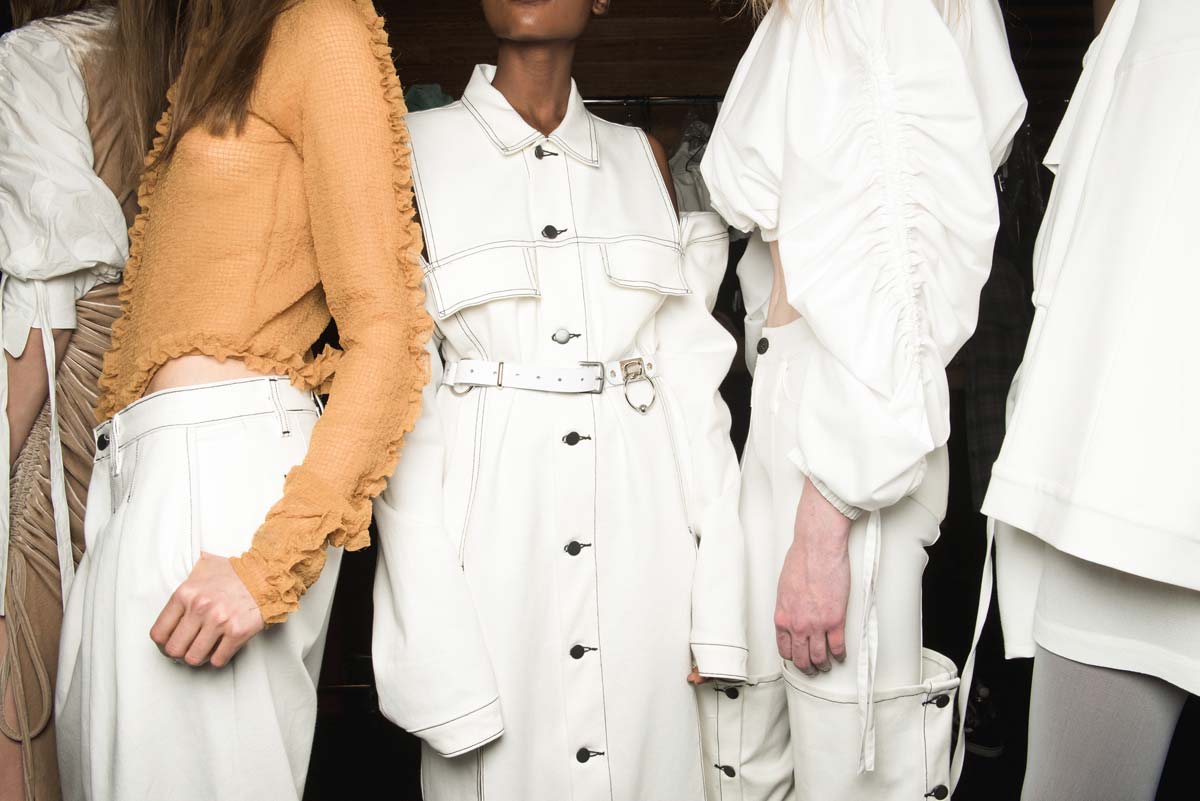 Jeans, neon, belly-free, net T-shirts and tramp stamp – that’s what we think of when we think of the fashion of the 90s. This fashion was worn and famous by the still famous supermodels. The 90s were the boom of the model scene and caused for the first time a hype never seen before. Model icons like Claudia Schiffer were born through the commitment and cooperation with famous designers and luxury fashion houses.

Walking the catwalk was the central element of being a model. Next to the catwalks, one could see their faces on advertising posters on the street or for campaigns on TV. No Instagram, no YouTube. Hard to imagine today. But they still know their faces today. Despite a new model generation with models like Cara Delevingne and Bella Hadid, the “old” supermodel generation has still not lost its shine and is still present in the fashion world and star world.

A style direction that developed in the 90s, especially through Kate Moss, was heroin chic. In contrast to this, the ungulity, curvy look by Claudia Schiffer.

Here you can see a list of the beauties that walked the catwalks of the big fashion brands in the 90s:

Unlike her former supermodel colleagues Claudia Schiffer and Cindy Crawford, Kate Moss is considered the “enfant terrible” of fashion. Even if her image is not flawless or flawless due to her years of drug and alcohol excesses, the 46-year-old made it to the top of the model business and is now considered a fashion icon and the second richest model in the world.

When you think of Kate Moss, you immediately think of her famous Calvin Klein campaign – today she runs her own talent agency.

Cindy Crawford: the supermodel with the mole

Cindy Crawford is one of the most famous and successful models in the world. But what is she capable of? Crawford didn’t just gain a foothold in the modeling industry – a cosmetics line, furniture brand, her own fitness video series and numerous films and series in which she has participated form the overall package of beauty. Today it is hard to imagine life without her and the 1.78m tall beauty is directly associated with her birthmark!

With Cindy Craword’s cosmetic line Meaningful Beauty you can also get a touch of Cindy Crawford at home.

The 90s model icon Claudia Schiffer has been an integral part of the fashion world for years. Her story shows that coincidence is possible and that you don’t need connections to make it big. The fact that Claudia is not only successful as a model, but has also tried out and done many other things in life shows how much she is in demand as a person. And that you can combine family and business. Here you can find out more about the Power Woman.

Heidi Klum: Ex-Victorias Secret Angel with her own casting show

German top model Heidi Klum started her career at a young age, at the age of 18. Today she is not only known in Germany, but Heidi has also made a name for herself in America. Whether on ProSieben at Germany’s Next Topmodel, in the jury at DSDS or even in the American show America’s Got Talent; Heidi can be seen everywhere. And it all began with a competition in Thomas Gottschalk’s late night show in 1992.

Heidi is still regularly seen on TV today, be it in her successful, numerous shows or because of new updates in her love life.

She is known as one of the most successful, beautiful and talented supermodels in the world. She has been on more than 500 covers, and even at the age of 50 she is still very committed and successful in the fashion scene. Naomi Campbell thrilled the fashion industry with her beauty and already at the age of only 15 years. The “People Magazine” voted her among the “50 most beautiful people in the world”.

This year she founded “We Love Brazil”. She wanted to inject the continents in the fashion scene to her.

Blue eyes, blonde hair and dream measurements spread over 1,80m. The talk is of supermodel Eva Herzigová. As the daughter of a competitive swimmer and a housewife, she learns discipline and self-optimization at an early age. the blonde with the nickname “The Cigarette”, never believed in her modeling career, the reason for this is her very slim figure. The Czech tries her luck nevertheless after successful model competition participation in Paris and fast the fashion labels and designers recognized her talent.

Anyone looking for a suitable beach outfit should take a look at her label for swimwear.

One of the tallest of the supermodels is 1.77 meter tall Helena Christensen. In her life she has already been able to gather a lot of experience in the modeling universe. She has already been able to tick off fashion houses like Fendi, Chanel or Versace from her list – Christensen’s list of achievements is long and impressive. But she has not only proven herself as a model. The supermodel also has other interests. And she has shown that a move to Paris can certainly be worthwhile.

The model founded her own label called “Christensen & Sigersen” together with Leif Sigersen based in beautiful New York.

The former model is best known for her long legs, with which she even got an entry in the Guinness Book of Records. The blonde was discovered in Berlin, after she had completed her high school diploma. But even like with German model Heidi Klum, love didn’t really work out. She also made headlines with her charges of tax evasion. Trademark: her 1.14 meter long legs.

Nadja is currently 49 years old and has been out of the model business for 17 years. In return she has fulfilled her life’s wish and is now a mother of four.

The supermodel generation of the 90s created their career with campaigns and cooperations with big fashion houses. How today’s models become known and what role virtual influencers will play in the future can be read here: