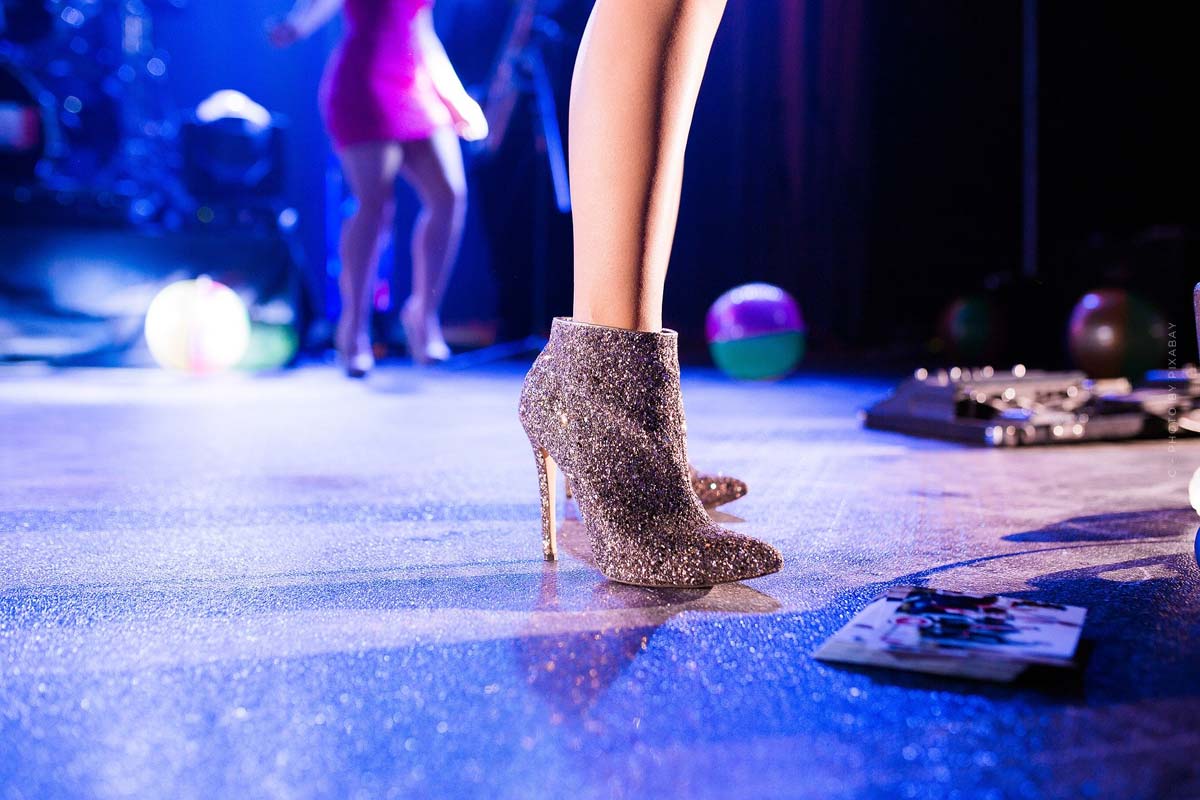 Taylor Marie Hill – today’s sought-after model and Instagram Star. A role model for thousands of young girls who also pursue the dream of modeling. With her daily and versatile insights into her world, she accompanies millions of people through the day and gives them a little insight into the glamorous and impressive world of models, fashion and high society. In school, Taylor Hill was just the “too tall” shy girl with “bad attitude”. Being a model has shown her who she really is and how much self-confidence and strength she has.

Overview
1 Since the age of 14 in the model business
1.1 Little girl from the country becomes Victoria-Secret-Angel
1.2 Taylor Hill: Your Victoria Secret Highlights
1.3 Instagram-Star
1.4 Taylor Hill: fan girl of Selena Gomez!
1.5 Who wants to be beautiful, does not have to suffer: Secrets of beauty
1.6 From Instagram Videos to the Canvas
1.7 Taylor and love
2 Model around the clock
3 The future of the supermodels

Since the age of 14 in the model business

Quite banal, the 14-year-old girl from the US state of Illinois was discovered by a model agent on a horse farm and has been living every girl’s dream ever since: model. In Europe, the 17-year-old girl wanted to emulate her idol Gisele Bündchen and work for the famous IMG model agency. Smaller jobs in the early stages turned into big jobs like advertising for well-known brands à la H&M, Lancôme or Intimissmi. This is how she achieved her childhood dream. She is still grateful to her discoverer, the photographer Jim Jordan, to this day.

The way to the model of the year 2015 led over many catwalks and photo shootings: The first time on the catwalk you could admire Taylor Hill 2012: At the “Haute Couture – Autumn/Winter Fashion Show 2012” the formerly shy girl from the country walked the catwalk.

This was the beginning of a career as a model for big fashion brands like Chanel, Versace, Elie Saab or Alexander McQueen. Her face became the new motif of fashion magazines.

But the great fame and worldwide recognition in the media was only achieved through her collaboration with Victoria Secret: The underwear company par excellence arranged the Model 2014 to present the current collection. With 18 years the youngest model in the show. For Taylor this was the start of a steep career and millions of followers on Instagram. The signing of the contract in 2015 and many successful years in Victoria Secret Shows followed. Every show brought new followers.

With more and more shows, the angel also gets more and more freedom: Working at Victoria Secret is not really work for her anymore, in the meantime she can choose which shows she is allowed to participate in, she has a say and does not have to follow the strict instructions of the agents anymore.

Since 2014, the Victoria Secret Angel has now been flying above the catwalk. In these years she might already participate in some shows and present many different looks:

Today, 14.4 million people follow the supermodel’s life on Instagram and other social media like Twitter. Posts about the model’s life, family or friends can be found on her profile. Her tweets or posts of the day regularly find attention in the tabloid press. For her, social media is the chance to show her fans closeness and personality and to get away from the image of the unapproachable and aloof supermodels.

Their income is estimated at a remarkable $6 million.

Who would have thought it: While she herself is an idol for many girls and they follow the latest news every day, she herself is a so-called “Fangirl”. The supermodel has a crush on none other than superstar Selena Gomez. In her childhood Taylor Hill watches the popular Disney movies and series like thousands of girls. Now she had the good fortune to meet Selena in person at a show. Pretty excited the angel met her childhood heroine, Selena was flattered and takes it as a great compliment. For Taylor definitely another plus point of her Victoria Secret career.

For the supermodel there is more than fashion and instagram. Her secret passion: reading. The Instagram Star is not afraid of thick books and fantasy and …the popular “Game of Thrones – Series”. Apart from the bookworm, she also has a sporting spirit for gymnastics. No wonder the supermodel stays in such good shape. After all, what is learned is learned: She has been taking gymnastics lessons since she was little. Even though the model today no longer has the time to pursue her hobby on a daily basis, she still tries to keep up with the average, with three training sessions a week in the gym or at yoga. No wonder that the supermodel stays in such good shape.

The model showed her athletic abilities and her mobility in the British video calendar of the British Love Magazine 2017.

Who wants to be beautiful, does not have to suffer: Secrets of beauty

The anorexia and the strict beauty ideals of society have never been something for her. Instead of starving herself before the big shows like other models, the 1.78m petite 3,300 calories allows herself to eat before the day of her show. Taylor Hill’s clear statement on this makes her all the more remarkable:

Among the five things that a model could not live without is food, which is quite untypical for a model. If that does not make her sympathetic! She never wants to use the services of plastic surgeons, but always wants to remain as natural as she is.

Besides, the hard-working model is working on an acting career. She had her first significant role in the horror movie “The Neon Demon” (2016). One thing is for sure: Her loyal Instagram fans will know when the young Instagram star is once again in front of the movie camera. Maybe this time as an alien, as she already joked in an interview.

Taylor Hill is what you want in an Instagram Star: down-to-earth with a high value for family, friends and animals. One of the most important things in life she counts exactly these. The most unpleasant thing about her job is therefore the separation from her home and family.

Speaking of family: Like her siblings, she is also active in the modeling scene. While her sister Logan is more interested in the area behind the camera, her two siblings are also models, her brother Chase even works for the same agency: IMG Models.

For years, the Instagramstar has been happily engaged with model Michael Stephen Shank. After years of happy relationship with model Michael Stephen Frank, the two of them separated after 5 years. The exact date and circumstances are not known, online the two go separate ways, but on Instagram the two do not follow each other anymore. In February the 24-year-old was discovered with a new man at her side: Daniel Fryer. Professionally, her new admirer is committed to the global cannabis industry and its growth. Together they saw the two lovers taking a walk in Los Angeles with their beloved dog.

Model around the clock

Being a model today no longer means just buying on a catwalk and presenting the designer’s pieces. Today it is about presenting your own lifestyle. To show what happens backstage or what happens when the show is over. The life of the beautiful face moves and entertains people. Shows take place only a few times a year, but life and its philosophy take place every day. The tool: Instagram. Follow, watch, like.

The future of the supermodels

But is the time of classic models like Taylor Hill, Cara Delevingne and Co. over now? Digital models like Lil Miqula and Ella Stella are already on the rise.