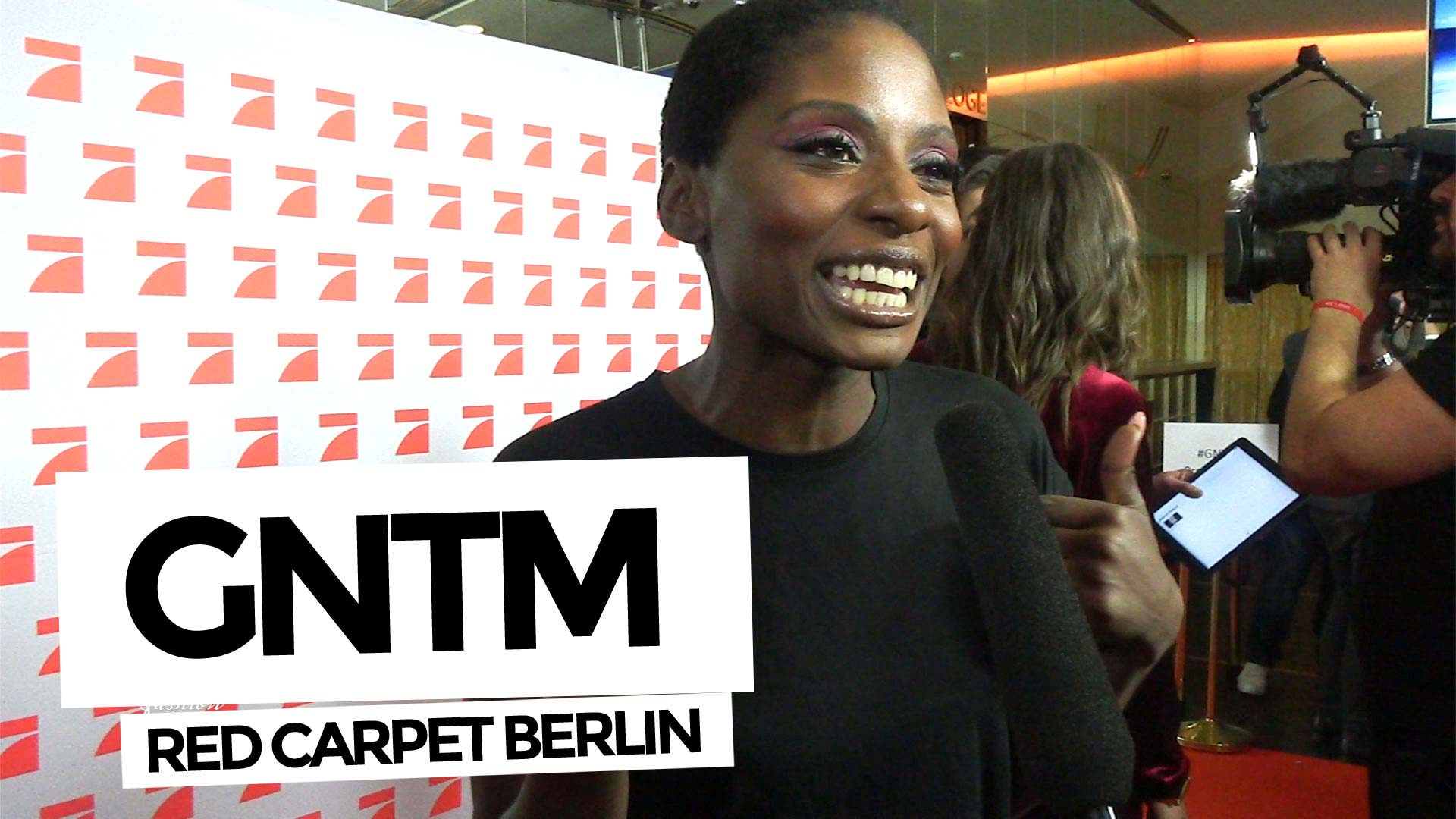 Overview hide
Berlin Backstage! This is how the GNTM premiere 2018 was with Nikeata Thompson and Papis Loveday among others
Heidi Klum about the new season and episode 1
Germanys next Topmodel season 13: All news, jury, contestants & Co!
New round, new luck: restyling, competition and the old familiar GNTM jury
Makeover 2018 – Everyone’s going bald?
GNTM in paradise: Who will make it to the Caribbean and master the first challenge?
The All Annual Casting – Tears, Drama Joy!
Shoot and Walk Challenge
Throwback GNTM 2017 with Marie & Jessica: The most striking candidates of the last seasons!

Berlin Backstage! This is how the GNTM premiere 2018 was with Nikeata Thompson and Papis Loveday among others

Celebrity guests, bloggers and coaches were live on the scene 48 hours before the official premiere of the first episode of GNTM 2018. Join me on the red carpet:

Heidi Klum about the new season and episode 1

“This year everything will be different. And especially different than you think.”

Germanys next Topmodel starts on 08.02.2018 in the 13th season. But this season not only has a lot to offer, among the new Kanidatinnen, the jury and the beautiful location are always surprises to expect! We at FIV Magazine, are invited to the preview of the first episode on 06.02.2018 in Berlin and have for you the most important information, news and more, so that you are up to date and fully informed for the start of the 13th season!

This year Heidi Klum invites the top 50 contestants of Germany’s next Topmodel to the Caribbean for the start of the 13th season. At the start of the preview premiere of the 1st episode of GNTM in the Zoopalast Berlin, there was a live call with the jury! Thomas Hayo, Michael Michalsky and of course Heidi Klum answered a few questions live from LA from the shooting of the 11th episode, as well as giving impressions and a few spoilers of what we can expect this year. The mood of the audience in the cinema hall was cheerful, but you could also feel the tension and excitement for the first episode.

Selecting the top 50 was difficult this year, according to Michael Michalsky. By starting with the trip to the Caribbean, the jurors were able to get to know the girls who have advanced better. This year Michael and his White Team are again focusing on “Diversity”. During the live circuit, as well as in the first episode, you can expect a battle between Team White (Michael Michalsky) and Team Black (Thomas Hayo) this year on GNTM. Little quips and jokes between Thomas and Michael are also a highlight to look forward to in the first episode. The jury will be asked if they can tell us anything about the makeover. All the girls are going bald this year! So episode 11 should be interesting for us.

“This year the casting has been expanded. Girls who are interesting are more and more in demand (whether curves, vitiligo a skin disease that causes pigmentation disorders). ” according to Heidi Klum. Thomas also says it is important that models have personality. This is in the business of the model world often factor whether big clients like Dolce & Gabbana for example book a girl or not. This year, many girls were also found via social media, according to the jury. Michalsky then admonishes Heidi and Thomas not to reveal everything. The audience in the cinema hall gets a lot of smiles from the three jurors as they say goodbye and shouts: “Above all, pay attention to…. US, the jury! Shortly after that, we and the rest of the audience were allowed to watch the very first episode of the 13th season.

GNTM in paradise: Who will make it to the Caribbean and master the first challenge?

The episode starts and you can feel the tension rising in the audience. In the teaser, the girls are shown on the beach in the Caribbean in bikinis, at a nude shoot and you get to see dramatic moments from upcoming shoots. Models in great dresses look at each other challengingly, then a cut comes and you see the opener with Heidi Klum. Heidi shows up in a bikini (as seen above on her Instagram post) and from sexy poses, to scenes of Heidi in the pool, the opener is the perfect introduction to the season 13 theme “Welcome to Paradise”.

This year’s casting featured a wide variety of girls. From girls who have vitiligo, to girls with atypical model measurements, everything was there and some even made it one round further to the trip to the Caribbean! The battle between Thomas Hayo’s Team Black and Michael Michalsky’s Team White is a great one again this year. In the casting you can see some funny sayings of Michael and with us in the cinema hall on the preview there was loud laughter and clapping at funny scenes between the jurors and eg the candidate Klaudia.

There are tears already in the first episode, from relief and joy, to sad participants, for whom it was unfortunately not enough. Great surprise and subsequent enthusiasm showed all especially when Michalsky talks to the models. “How old are you?” “26 years” “Good.” and the conversation ended immediately. We were thrilled how Michalsky can change the subject as quickly as possible.

After the casting and a few introduction videos of the girls, it goes for the two teams of the Top 50 to Heidi in the Caribbean. There, the first challenge awaits them: In the “Shoot & Walk”, the girls have to impress the head of the jury in 60 seconds with expressive poses and variation. For this, both team mentors give them a little preparation. Team Thomas has the first difficulties, which of the models will cause problems? You can find out in the first episode. Heidi praises both jurors as very motivating and good mentors.

But the challange has it all – “The challenge for the girls is to use the short window of time to make a lasting impression” says Heidi Klum. From Toni (18 years old from Stuttgart), who loves the thrill and excitement, to 19 year old Victoria “I would do anything to become Germany’s next Topmodel 2018” we get to know the models bit by bit. For some, their trip to the Caribbean is short-lived because this year, as Heidi says, “Everything is different.” Except for one thing, and that is that only one can become Germany’s next Top Model! Who flies out and thus back home, you can see tomorrow at 20:15 on Pro 7. The search for the next Top Model 2018 begins. Be curious!

Throwback GNTM 2017 with Marie & Jessica: The most striking candidates of the last seasons!