Falco Punch – an absolute multi-talent. He is known on Musically for his transition videos – that’s why he was even at the Vidcon in Los Angeles and presented them. On Youtube the muser uploads more and more videos, among others also tutorials to his Musicallyvideos! We talked to him about his further Youtube productions, his girlfriend and future plans.

Overview hide
Creative, planned, cheerful – That is Falco
Will there be more short films on Youtube soon?
Actually, the Internet star is a carpenter
Absolute fashion must-have? The shirt!
Hopefully soon again in the USA
This is why Falco keeps his girlfriend out of the public eye!
FIV thanks you for the interview!
Here’s a glimpse into Falco’s success story!

Creative, planned, cheerful – That is Falco

FIV: Falco, you’re mostly known through Musically, but now you’re also going all the way on Instagram and Youtube and you’ve built up a huge community! But tell me what’s behind the entertainment talent. How would your friends describe you?

Falco: My friends would describe me as a rather planned guy who, however, always gets his act together. I think that planned could be because I think a lot about others but not always so much about myself. I am a very happy person myself and I like to show that to others to put a smile on their face. I also try to do this with my community, because it gives me a lot and I want to give something back. 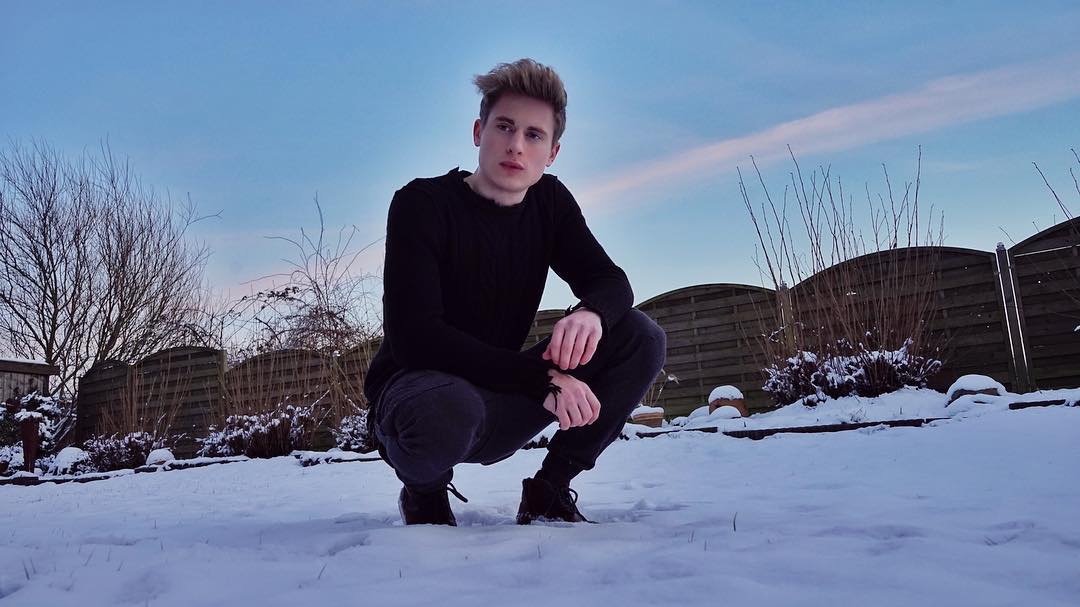 FIV: As you can see, a lot of work goes into your Musical.ly videos. In your tutorials on Youtube one can see how creative you are and that you have your very own style. Where do you get your ideas from, for example with the second mobile phone or the printed photos?

Falco: Creativity for me lives on inspiration, I also like to watch other videos to get inspired. Of course that’s not always enough, so I spend hours taking notes or shooting sample videos to create new and cool effects at the end. Also, when I shoot a new video I try to be spontaneous because spontaneous is where the best ideas come from. I’m not completely inexperienced in the field (special effects) either, as I’ve worked privately in post-production before Musical.ly.

Will there be more short films on Youtube soon?

FIV: You made your first Youtube experiences at the age of 14 / 15 with your best friend. In your short films you mainly used visual effects! Did you teach yourselves all that or how did you come up with it? Would you like to shoot such videos again in the future or would you rather stick to your lifestyle content?

Falco: That’s a cool question! It’s my passion to shoot such short films (visual effects) and I definitely want to present in that direction again, also because I like to act in such films (videos). Here the time is the problem, because it can be very time consuming to shoot and edit such videos and YouTube rather lives from the fast posts (every week at least 1 video). Nevertheless, I believe that it is possible to shoot such videos again.

Actually, the Internet star is a carpenter

FIV: In my research, I saw that you completed an apprenticeship as a carpenter! Have you given that up completely since building your community or can you see yourself working as a carpenter again? A cabinet from Falco Punch – that would be something!

Falco: (laughs) That would be a somewhat different merchandising. Even before I started with social media, I consciously decided against a future as a carpenter. I noticed during my apprenticeship that it didn’t suit me, but I still finished my apprenticeship. Therefore, I am currently looking for an alternative training / study, which is in the field of media technology. 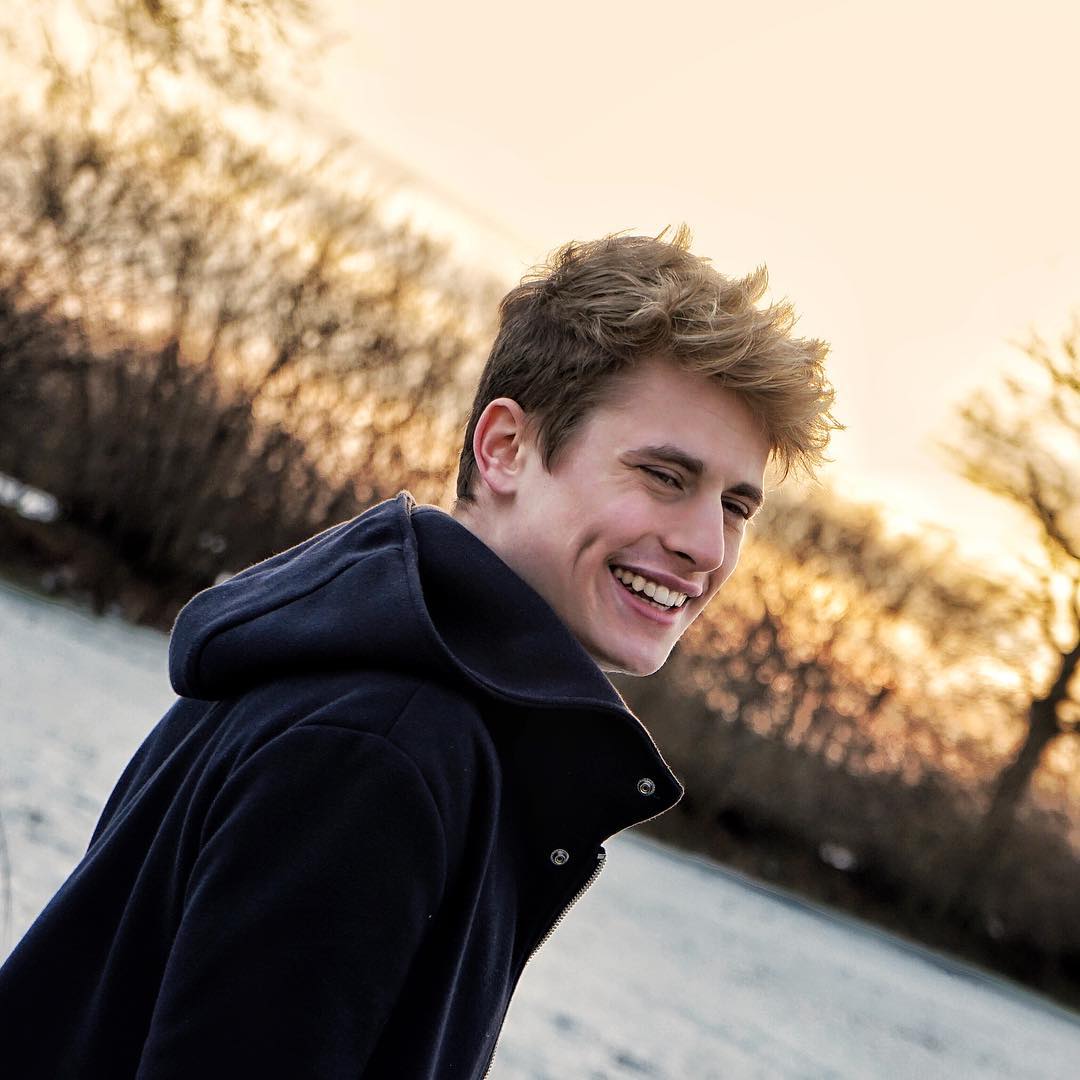 FIV: Your style is rather simple and classic but still very modern and stylish. What is your tip for styling basics and which piece of clothing should not be missing in any man’s wardrobe?

Falco: The shirt! Every man should own at least one shirt because it makes you look good and you can wear it to almost every important occasion. But for me, there is so much more that should be in the closet. Like a cool pair of pants, for example. In the end, everyone should know for themselves what suits them and what doesn’t. Everyone should feel comfortable.

FIV: You play tennis, soccer, go to the gym, play the piano, you can dance too as you can see at Musically – is there something you absolutely can’t do or what you would like to learn/ or would have liked to learn as a child?

Falco: I can’t sing at all! I would have liked to learn how to sing earlier, or at least try. In the end, a certain talent is also needed, which I don’t think I have. But I am very satisfied with what I can and what I can’t do.

Hopefully soon again in the USA

FIV: Last summer you were in LA and were absolutely thrilled by the city and generally by the country USA. What exactly did you do there and what fascinated you? Are you planning more trips to America this year?

Falco: I hope there are more trips to America or even somewhere else. I was blown away and thrilled by the size of America, whether it was the cars or the whole city (L.A.). Everything was huge! In L.A. I was at the VIDCON, where Musical.ly also had a booth. Here I was supposed to present and explain my Transition arts. Which wasn’t that easy in English. But it was still fun.

This is why Falco keeps his girlfriend out of the public eye!

FIV: If you do a little research, you’ll find out pretty quickly that you have a girlfriend – but who she is is a little harder to figure out. Do you want to keep her out of the public eye or do you plan to include her in one of your videos soon?

Falco: I like to keep my private life out of all the social media, but unfortunately this doesn’t always work. It’s not tragic if something comes to the public but you still try not to serve it on a silver platter. My girlfriend, has nothing at all to do with what I do and it would be wrong to drag her into it, if she would rather not be shown publicly. I also think it’s great because I need someone to support me in private and also love me for who I am and not how I come across on YouTube, Musical.ly, etc. And it’s hard to find someone that great. Of course she supports me on social media too, even if she doesn’t quite get it, she’s very interested in what I do. I love her!

FIV: Due to your wide reach and especially your creative content, we can probably expect a lot of new things from you in the future. Do you already have any exciting projects or goals for the next year?

Falco: Of course there are still some things coming up for my fans! Whether it’s new merchandising or – well, I don’t want to give too much away.

FIV thanks you for the interview!

Falco guesses the age of his followers!