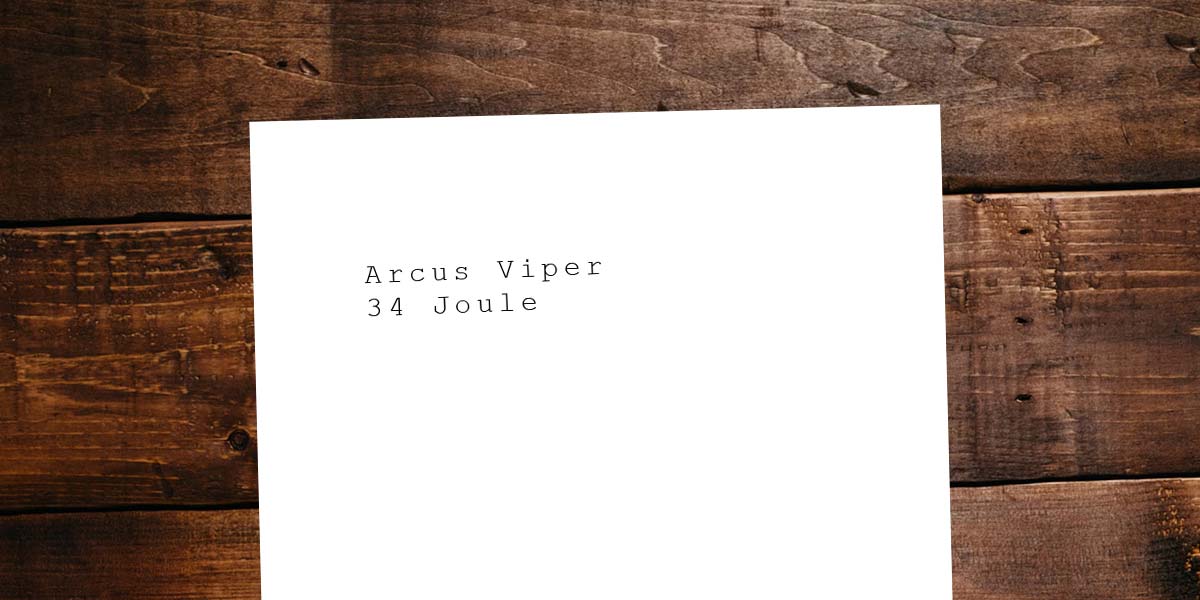 CO2 pistols which are not for sale usually have 7.5 joules (power). At 7.5 joules, the air pressure is sufficient to shoot a diabolo with a diameter of 4.5 mm and a weight of 0.4 to 0.8 grams through the barrel of the gun. Everyone who has bought his first CO2 weapon will sooner or later be interested in other models!

Overview hide
CO2 pistol test winner in performance: Arcus Viper CO2 (450% performance)
Why does the gun have more than 7.5 joules?
How does the arrow differ from a diabolo?
Shoots the gun with CO2 capsules as well?
Alternative: CO2 gun 7.5 joules with blowback

As a sports marksman, you either attach importance to applications, so that I want, for example, to have lasers attached for the finish. Some are also looking for innovative equipment, e.g. CO2 guns with even more power, i.e. even more joules (power) in the trigger. The German weapons law is clearly regulated: CO2 pistols are freely marketable up to 7.5 joules (on adults). But are there exceptions?

Hard to believe but true: The Arcus Viper CO2 is the test winner, 34 Joule Power on the trigger. Is that still legal? Our test report!

Have you ever spent 500 € on a CO2 air pistol? If you haven’t done it yet, then maybe it will be the first time today, because this weapon model is something very special! The batteries Viper CO2 offers with 34 Joule 453% performance compared to standardized CO2 pistols. But where are the differences? Here is our field report about the Arcus Viper CO2!

Why does the gun have more than 7.5 joules?

Through this “gap in the law”, the Arcus Viper CO2 is freely marketable in Germany! You don’t need a gun license and you can order it in online shops or buy it in the gun trade. Although the model is very rare, therefore you will have no chance in the weapon business, all the same whether in Berlin or Munich, look best directly on-line for dealers!

Due to the aforementioned gap in the law, the Arcus Viper is allowed to produce significantly more joules (+36.5 joules) than an ordinary CO2 pistol, such as the Walther P99, the Glock 17 or Sig Sauer P226.

How does the arrow differ from a diabolo?

First of all, weight plays a decisive role. The arrow is more than ten times as heavy as a diabolo. Correspondingly more power he brings with him in flight and correspondingly more kinetic energy he brings with him when hitting the target. The case consists of a hollow tube that I leave stuck on the gun, or the barrel of the pistol. As you may already know, you don’t have the possibility to fire several shots while shooting. After every single shot you have to reload the weapon.

Here also a word of caution is appropriate, with such a kinetic energy and a thrust of 34 joules, the weapon is in relation to a CO2 pistol with 7.5 joules, already another caliber. When purchasing the weapon, pay even more attention than usual to a secure breech and safekeeping. While a CO2 gun with 7,5 Joule causes a relatively small damage, a weapon with 34 door and pointed arrow is very dangerous.

Shoots the gun with CO2 capsules as well?

Have fun pumping! The weapon consumes so much energy when firing (or should have so much pressure that you can shoot several times) that you have to fill a separate air chamber yourself. Just like a rubber dinghy, you start with an air pump and press more and more air through the valve into the gun. A small pressure indicator on the device tells you which pressure has been built up in the meantime. For the filling of the gun you need, even as a strong man, loosely one minute. Then you can fire about 40 to 50 powerful shots.

If you have now seen everything but still want to decide for a smaller pistol model, we have here still current reviews to two really great models. One, the Glock 17, is “ideal for families” as it is very protected by several mechanisms against unwanted use. Even if safety is paramount, it can always happen over the years that a child might still be in the hands of the gun device. Even if it is only a short moment of carelessness!

If you want to have fun shooting, we have tested the innovative reloading system of the Sig Sauer P226 for you! While with other CO2 guns you have to load the CO2 capsule by hand and often even need a tool like an allen key, here you have an absolutely innovative and patented quick loading system. This allows you to replace the CO2 capsules in just 2 seconds. The associated magazine with its double-sided drum can be used again directly after the first page has been shot.

Buy weapons cheap online? Depending on whether you’re buying a weapon for the first time or already have a collection, it’s worth going to your local weapons store or online shops. As a first time buyer of pistols the way to the weapon shop is worthwhile, here you can test the models and get experiences from the salesman. If you’re a gun owner looking to expand your collection, it’s worth looking at online shops, where you can save money.

You want to know more about Diabolos and BB steel balls? We have looked at all the different types for you and show you whether it is worth changing to types like the “Terminator” or the “Barracuda” or whether it is not worthwhile to stay with the good old standard model, the flat head Diabolo! Did you know? If you also shoot uphill on your Diabolo pistol, the grooves in the barrel will break, making the trajectory of the Diabolos more unstable and the accuracy of the target less accurate.