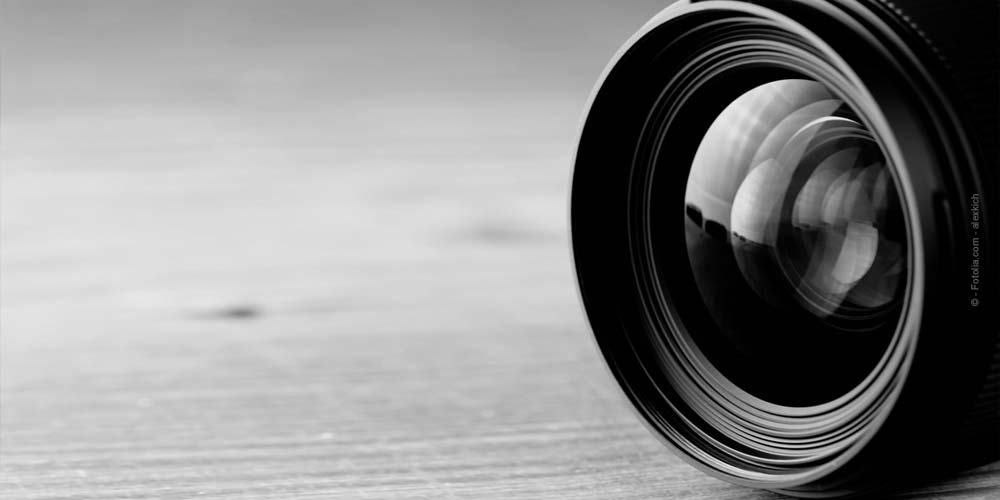 Overview hide
The aperture – What’s that?
Important parts of the camera: The aperture

The aperture – What’s that?

An aperture number of 2.8 thus means a large aperture and correspondingly much light, an aperture number of 16 exactly the other way round. The f-number on lenses is always given in the form 1:aperture opening. So if the lens is 100 mm 1:2.8, this means that you can set a minimum aperture of 2.8 for a focal length of 100 mm. Usually the aperture is built as a so-called iris. In this case, circularly arranged lamellae are displaced against each other in such a way that the incident light beam is either smaller (large f-stop number) or larger (small f-stop number).

If one arranges the different f-stops according to size, the row of f-stops is formed: 1 – 1.4 – 2 – 2.8 – 4 – 5.6 – 8 – 11 – 16 – 22 – 32. Along this row, the amount of incident light is halved with each step. With an aperture value of 5.6, only half as much light hits the sensor as with an aperture value of 4. The value of the shutter speed must therefore be adjusted accordingly: the larger the aperture value, the longer the shutter speed (at a constant ISO value). The word aperture is usually used in photography to describe the aperture opening. In technical jargon, “large aperture” means large aperture opening. This can easily lead to confusion, because a large f-number correctly corresponds to a small aperture.

The aperture – What can I do with it?

The most important design tool, on which the aperture has a great influence, is the depth of field. The depth of field is a measure of how far the sharp area extends into the photo. For example, only the foreground can be sharply imaged, while the background is perceived as a blurred, possibly colored area. This possibility of image design would be used for a portrait, for example (this is also called “cropping”).

On the other hand, if you want to photograph a beautiful landscape, say a stream, you want this stream to be sharp as deep as possible into the photo, so you want to achieve as much depth of field as possible.

What you have to do is set the aperture correctly! Small f-stops mean shallow depth of field, large f-stops mean great depth of field. So in our portrait above you would choose a very small f-number (1 or 1.4), in the course of the stream you would choose 11 or even 16, if the light conditions allow it; because as I said, the larger the f-number, the longer you have to expose. A large depth of field therefore usually requires the use of a tripod. The correspondingly longer shutter speeds, however, also lead to motion blur worth seeing, especially in flowing waters.

The aperture is one of the three basic parameters that you can use to influence the image design. It controls the amount of light falling on the sensor and the size of the light beam. It is the most important control element when varying the depth of field.

Important parts of the camera: The aperture