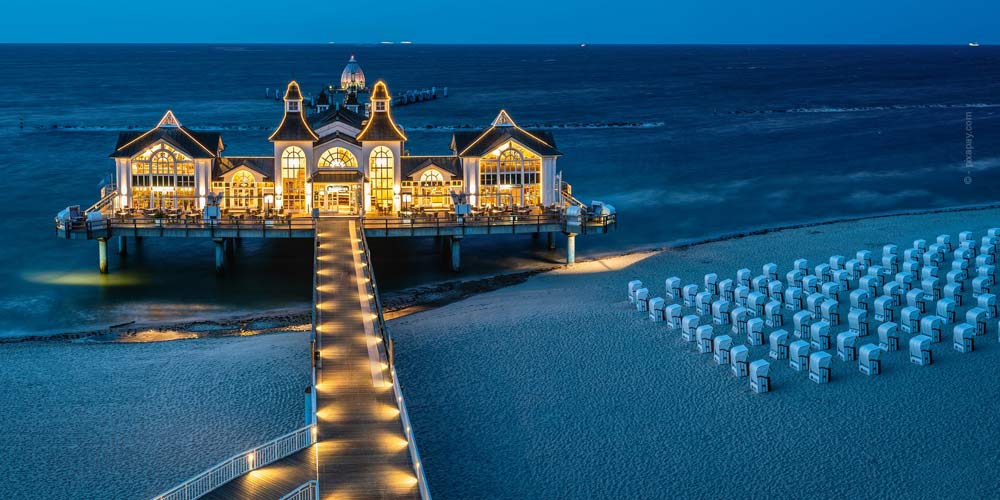 Holiday is finally at the door, and now the question arises where to go this time. You always think about travelling far away, but why not a trip to Germany this time? Germany has a lot to offer. A breathtaking nature, beautiful beaches at the North Sea or Baltic Sea. Or can it be a city trip to a big city like Berlin, Munich or Hamburg? Germany’s big cities have a diverse art scene and an exciting nightlife. There is a lot to discover and see. The good thing about a holiday in Germany is that you can travel everywhere by train, and thus travel in a climate-friendly way. You don’t have a very long journey ahead of you, and you do something good for the environment.

Overview hide
Top big cities & Places of interest
Capital Berlin on holiday
Harbour city Hamburg: Places of interest
Tourism in Munich: tips & tricks
City of Cologne: Cathedral, Rhine and tourism
Germany: Map
Holiday on the beach: sea & sun
Beach holiday Germany: Places at the lake & Sea
Pure nature: camping in Germany
The best campsites in Germany
Weather in Germany: Temperature & Trend
Weather today / in three days
Questions & answers
Who founded Germany?
What are the 16 federal states in Germany called?
What form of government is there in Germany?
Why is it called Germany?
Where does the word Germany come from?

If one plans a city trip together, the well-known foreign metropolises are always mentioned as destinations. But also in Germany there are many cities worth seeing, which can compete with metropolises abroad. Germany has breathtaking and diverse cities. Each city impresses with its own buildings, landmarks and landscapes. The metropolises often have a diverse art scene and an exciting nightlife. There is much to discover and see.

The capital Berlin is a lively metropolis. Berlin is not only the political capital in Germany, but also the cultural capital. There are about 160 museums in Berlin. Those who have discovered the Berlin attitude to life will love the city on the Spree. In many districts and Berlin neighborhoods there are beautiful places. Districts such as Kreuzberg, Neukölln or Friedrichshain are hip and convince with many cafés, restaurants and an extraordinary nightlife.  The many beach bars along the Spree River make Berlin especially exciting in summer. The Berlin Cathedral is one of the architectural highlights in the metropolis. Especially worth seeing in Berlin are the Brandenburg Gate, the East Side Gallery and the Reichstag building. In Berlin you can eat particularly well: You should try out the diverse cuisine in the capital.

Hamburg is often the leader in Germany in surveys. If one goes by the attraction and sympathy, Hamburg is the most popular city in Germany. Hamburg can convince many tourists in cultural terms: in recent years, the metropolis with millions of inhabitants has become the third largest location for musicals in the world after New York and London, overtaking many other foreign metropolises. The huge port of Hamburg, the impressive Reeperbahn, and many other sights are regarded as particularly worth seeing. A must for everyone who travels to Hamburg: the Hamburg fish market. Hamburg has other highlights like the Speicherstadt and HafenCity.

Munich is one of the most beautiful and exclusive cities in Germany. The city convinces with baroque architecture and the world-famous Marienplatz. Munich is famous all over the world for the Oktoberfest or the BMW World. You should definitely visit the Viktualienmarkt, which is considered one of the most beautiful places in Munich. The Viktualienmarkt is in the middle of the old town, you should bring time and hunger with you and try your hand at the various food stalls. The best view over the whole city is from the Old Peter of the St.Peter Church behind the Marienplatz, so it is definitely worth climbing the 306 steps. If you are into culture, you should definitely explore Nymphenburg Castle, the original 17th century furniture of Elector Max Emanuel is fascinating.

Cologne – the well-known metropolis on the Rhine is fascinating. Cologne is famous for the Cologne Carnival, but there is much more to discover and much to see: The important sights, cool and hip districts and of course the Rhine. The first thing you associate with Cologne is the Cologne Cathedral. The Cologne Cathedral is located directly at the main station and is the symbol of the metropolis. If you are at the Cologne Cathedral, you should definitely climb it and see Cologne from above. A visit to Cologne’s old town is also worthwhile in any case, as it impresses with its colourful houses and pubs on the Rhine. If you are a beer lover, you should definitely go to a brewery and drink a Kölsch beer, because these are very famous. Especially cool for couples: You can attach a love castle to the Hohenzollern bridge and thus promise you eternal love. Hip neighborhoods like the Belgian Quarter or Ehrenfeld are worth a visit, and are perfect for trying out the various restaurants on offer. The nightlife in Cologne is colourful and there is something for everyone to enjoy for an unforgettable evening in Cologne.

Holiday on the beach: sea & sun

When you think of beach and sea, you usually think of distant exotic places, but you can also have an excellent beach holiday in Germany. If you think that a real beach holiday can only be spent at the Mediterranean Sea, or at other distant places, you don’t know Germany’s coasts. Germany offers lakes, mountains and coasts, and there is something for everyone. And if the temperatures play along, holidays at the North Sea and Baltic Sea even feel like holidays at the Mediterranean Sea. FIV Magazine has selected the most beautiful beaches in Germany for you, so that you can plan your beach holiday in Germany perfectly!

A very nature-loving and adventurous way to spend a cool holiday in Germany is camping. In Germany there are many regions that invite to camping and passionate campers are convinced by the German nature. Camping lets you be flexible, because you can arrange your day as you want, including eating when you want, or just enjoy the “being free”. Camping is individual, simple and close to nature. A country like Germany is ideal for camping. FIV Magazine has selected the best camping sites in Germany for you.

The best campsites in Germany

The “German Reich” as the first German nation state was founded during the Franco-Prussian War on January 18, 1871, King Wilhelm I.

What are the 16 federal states in Germany called?

What form of government is there in Germany?

In Germany there is a representative democracy. Germany is a federal republic.

Why is it called Germany?

The name of our country has evolved from the language we speak. We Germans are Germanic. This is made clear in the English word “Germany” for still Germany. This term was created from the Germanic word “theoda”, which means “people”, and has the Latin ending “-iscus”.

Where does the word Germany come from?

It was the land of the Alemanni, a Germanic people settled between the Rhine and the Danube. The word “Alaman” meant “all men”, i.e. eder, and thus stood for the union of several tribes.