Anh is one of the top 20 to move into the model villa in LA. She and one of her new friends Melina, support each other and have a lot of fun on the trip! In the 12th season of GNTM, there are not only new faces to see, but also a change in the jury. This year Heidi Klum has 3 men at her side. Besides Thomas Hayo and Michael Michalski, Wolfgang Joop is back this year. We have researched for you and found out many details about Anh. Here you can go back: Germany’s Next Topmodel 2017.

Overview hide
Will Anh be GNTM winner 2017?
GNTM Special – Our top candidates for the finale
What does GNTM contestant Anh say about herself?
What’s Anh private?
What awaits Anh during the makeover ?
What style is Anh wearing?
Does Anh have a boyfriend?
Anh is in the top 9 in social media ranking!!!
You want to be a top model yourself?

I think Anh has a good chance to win. She is not only highly motivated, but has already gained a lot of experience as a model before she went to GNTM. We are curious to see if the 25 year old will be the first Asian to win the TV show.

GNTM Special – Our top candidates for the finale

What does GNTM contestant Anh say about herself?

Colourful, loud, cheerful and full of positive energy, that’s how the 25 year old Berliner describes herself. Besides her passion for sports, she loves to laugh and have fun. In her opinion, her pink hair underlines her character. She is funky and crazy but it suits her very well, we are curious what the Asian makes of her chance at GNTM.

She is crazy, bright and mixes up Berlin with her positive nature. She is also sporty and highly motivated. Daily training is just as much on her daily schedule as healthy food. She has some tips that are most important to her: “Before we even start training, one thing is very important: we have to have a goal in mind and focus on it. Anh tells Pro7 interview, “I’ve chosen the healthy lifestyle.”
Since making that decision, she has been consistent and sticks to her daily workout schedule.

What awaits Anh during the makeover ?

Anh can’t expect much bad, and I think she’s very open to new things. Her pink hair inspires her, but I could imagine that Heidi has planned a more natural look for her. Black, brown or blonde? We remain curious.

As seen in episode 4, Heidi has a platinum blonde hairstyle for Anh.

What style is Anh wearing?

Anh has a cool and casual style, as you would expect from a real Berliner. However, a lot suits her, whether it’s brown, blonde or pink hair, everything suits her.

Does Anh have a boyfriend?

Anh doesn’t have a boyfriend, at least not officially, but we’re excited to see what’s revealed about her and her personal life as the season progresses.

Anh is in the top 9 in social media ranking!!! 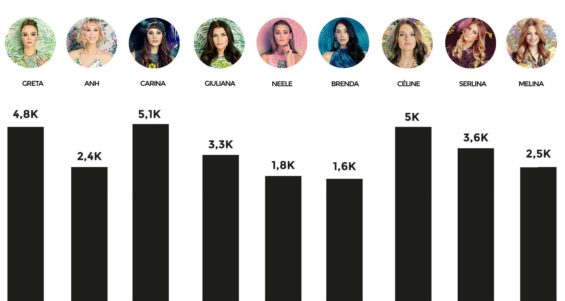 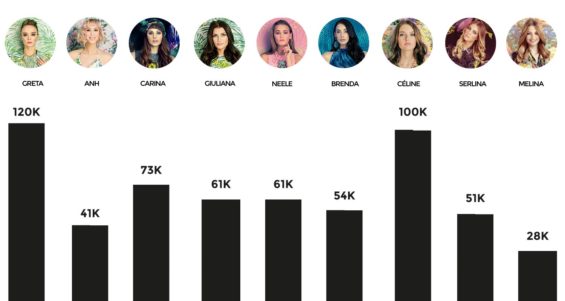 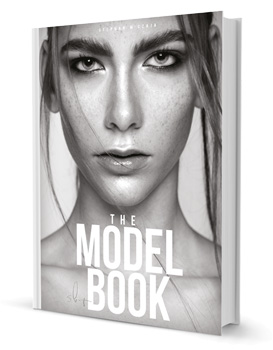 You want to be a top model yourself?

In THE MODEL BOOK you will learn everything about modeling! Application, agency search, book structure, and much more! Now in bookstores and on Amazon: