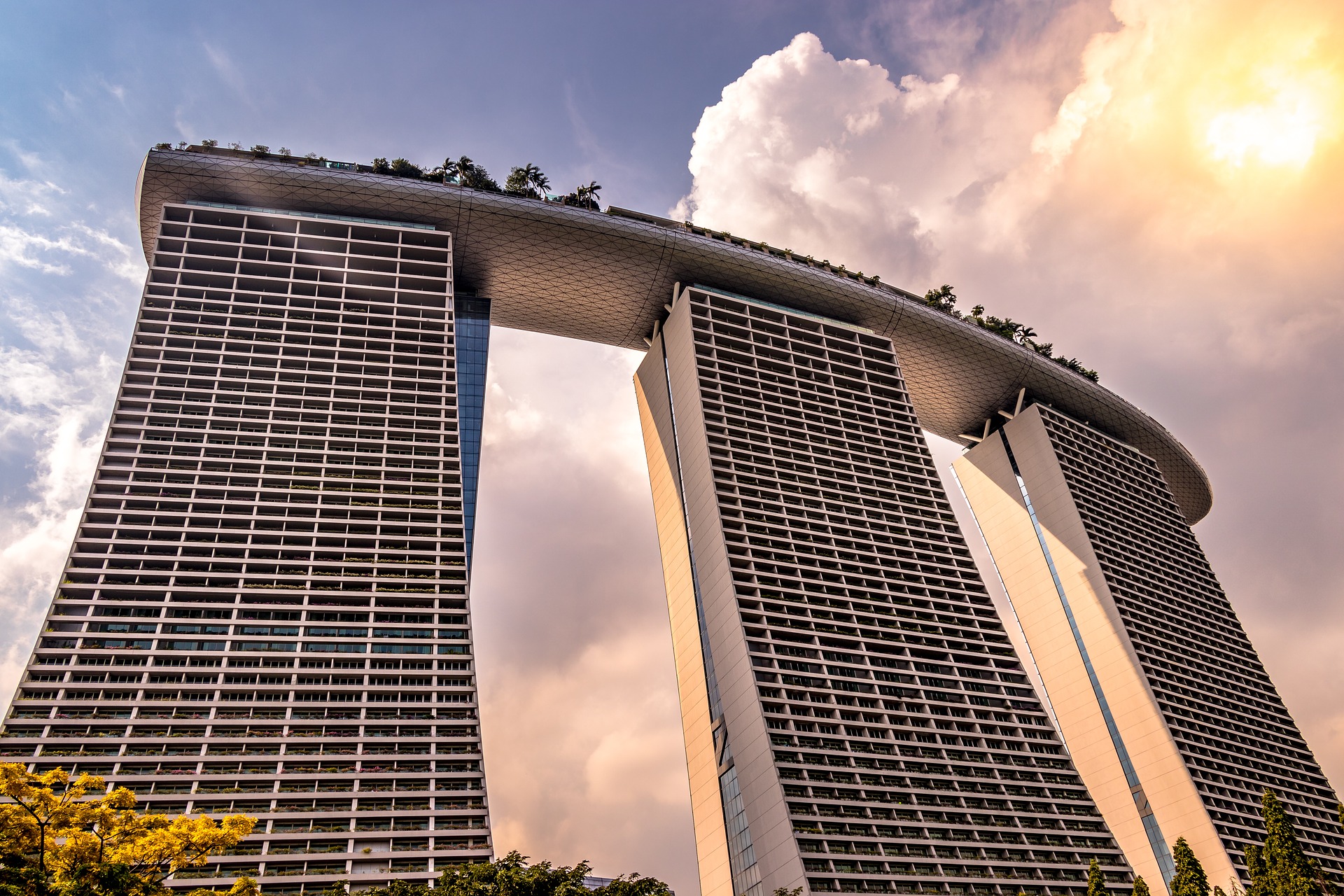 These are the 10 most expensive buildings & real estate in the world. Construction costs of up to $15 billion for investors and capacities of up to 100,000 people. The “Abraj Al Bait” in Mecca is with a total height of 601 meters, the highest hotel in the world. The “Marina Bay Sands” is the most expensive resort ever built and the “Resorts World Sentosa” consists of hotels, a large casino and the largest oceanarium in the world with over 100,000 animals and 800 species. The Cosmopolitan of Las Vegas offers a special highlight, if you bet $1 million in the casino you can stay here in a penthouse suite designed by Daun Curry! These are the most exclusive luxury properties in the world.

The complex, also known as Makkah Royal Clock Tower, was designed by the Lebanese architectural group Dar Al-Handasah and has the highest and largest clock in the world.

The clock in the Makkah Royal Clock Tower is 530 meters high and has a diameter of 43 meters. This means that the clock can be seen from a distance of more than 30 km, in optimal weather conditions.

Everybody knows this extraordinary building of Singapore. With construction costs of 5.50 billion US dollars, Marina Bay Sans is the most expensive resort ever built in the centre of Singapore.

The architecture and design of the resort was also approved by Feng Shui consultants. Ssangyong Engineering and Construction Contractors were responsible for the construction work, based on a design by Moshe Safdie.

The highlight of this structure is that it consists of three interconnected towers. The structure has 55 floors and also includes the most expensive free-standing casino in the world. Construction work on this 5.50 billion US dollar building was completed in 2010, one year later than planned. Material costs were always higher than previously calculated, and there was also a shortage of manpower to complete it. 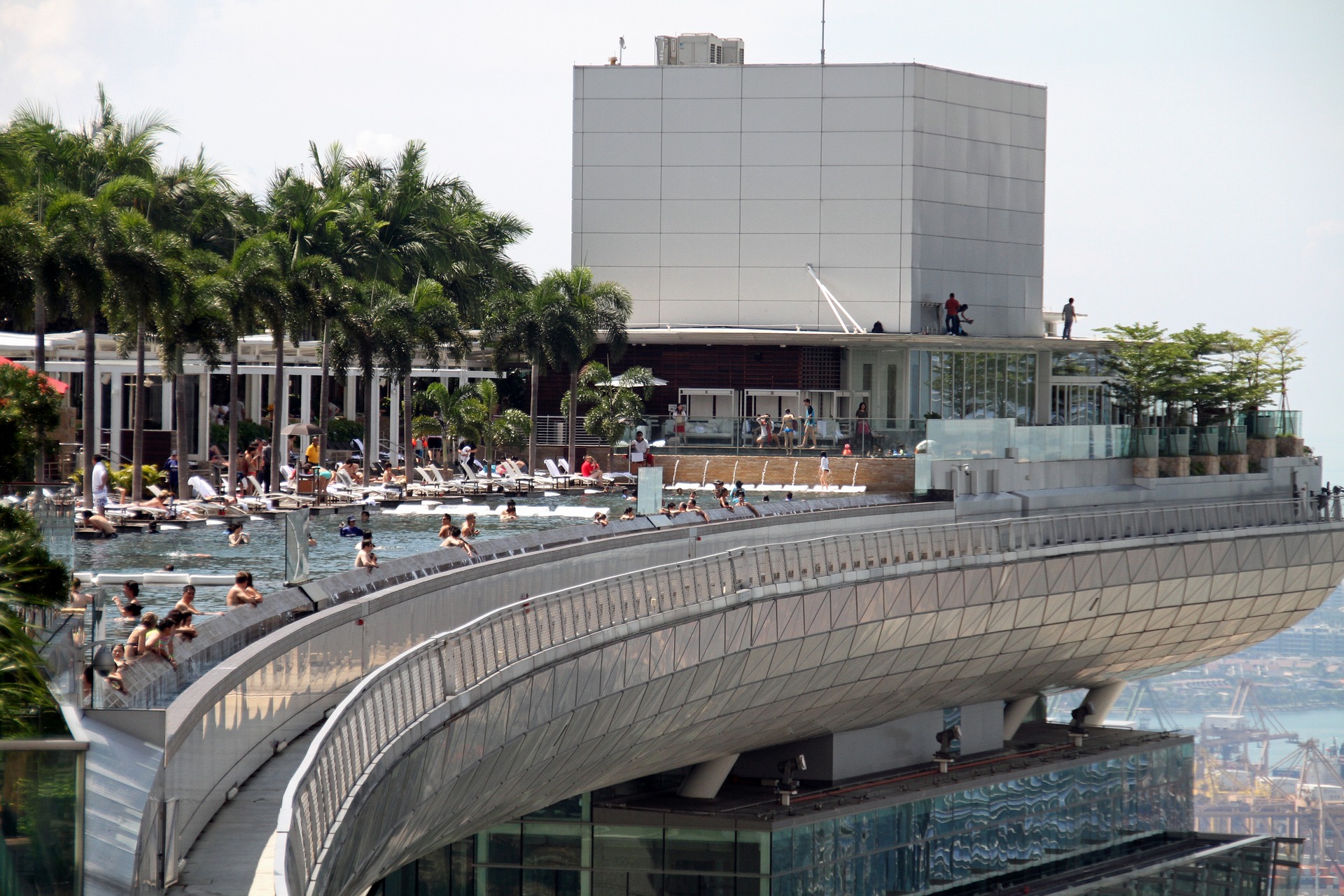 The Resorts World Sentosa was built by the Malaysian conglomerate Genting Group.

There are various uses for the building. The Resorts World Sentosa project consists of hotels, a casino and a number of entertainment attractions. The entertainment program includes, for example, the Universal Studios theme park.

Although the first construction work at Resorts World Sentosa was completed in 2009, it has continued to expand, including the addition of the Marine Life Park in November 2012.

The Emirates Palace is more than just a building, it serves mainly for representative ticks. Opened in 2005 and designed by British architect John Elliot, the seven-star Emirates Palace in Abu Dhabi serves as the official guest palace of the government of Abu Dhabi.

The building covers a total of 850,000 square meters. The palace, which was built especially for the presentation of Arab culture and also for the luxurious accommodation of guests, is said to contain over 100,000 cubic meters of marble. Thirteen different types of marble from Italy, Spain, China and India as well as over 1000 Swarovski crystal chandeliers.

The Cosmopolitan of Las Vegas is a luxurious casino and hotel resort on the Las Vegas Strip, consisting of two 184-meter high skyscrapers. Despite its prime location and eligibility to gamble, the resort is still considered a financial failure after its original bankruptcy in 2008.

Built by Deutsche Bank (Bankgesellschaft), it was later sold to the New York-based Blackstone Group Corporation for $1.73 billion, less than half the original construction price of $3.90 billion! Tourists in Las Vegas do not mind that.

In the video you can see one of the ultra-exclusive Daun Curry-designed penthouse suites at the Cosmopolitan of Las Vegas, located in the heart of the world-famous Las Vegas Strip. How to get into the suite? You must bet over $1 million in the casino!

A building with a great history. Facts about One World Trade Centre, New York:

The One World Trade Centre in New York City, commonly known as the “Freedom Tower”. The building was completed in 2013. The steel and concrete framework was designed by architect David Childs. It comprises 325,279 square meters of space, including 55,000 square meters of retail space in addition to office space alone.

The Wynn Resort in Las Vegas is the sixth largest hotel in the world. Named after casino developer Steve Wynn, the resort has won several awards. These include the five-star AAA rating, plus five stars from Mobil, Forbes five-stars and Michelin five-stars – if that isn’t a statement!

The Wynn also boasts several of the resort’s “Firsts”, such as the first casino in Las Vegas with an exclusive car dealership, dotted with Ferrari and Lamborghini as well as the first combination of room key and casino multiplayer card in a single card.

The building cost 2.70 billion US dollars. Construction was completed in 2005 and subsequently expanded by the 1.5 billion US dollar Wynn Paradise Park. The park comes with an additional hotel complex and a lagoon, covering an area of 141,640 square meters.

Macao lies in the middle of a bay and is something like Tijuana (Mexico) for China for the USA and Mallorca (Spain) for the Germans. The Venetian Macau is the largest casino in the world. It is also the 7th largest building in the world.

The resort is known for luxury and exuberance, including its Presidente Paiza Suite designed by the renowned architectural firm Aedas and HKS, Inc.

Facts about the City of Dreams, Macau:

The 2.40 billion US dollar City of Dreams is designed as a podium with four towers. A special architectural highlight. The building extends over 40 floors, offers 780 guest rooms, 200 shopping facilities and many hotels. Among them are the Crown Towes Hotel, the Hard Rock Hotel and the Grand Hyatt Macau, which alone extends over two towers.

Construction work on the Princess Tower, which is owned by Tameer Holding Investment, began in 2006 and was completed in July 2012. In May 2012, the 414-meter-high Princess Tower in Dubai will be the tallest residential building in the world according to Guinness World Records. After the infamous Burj Khalifa, it is the second tallest building in Dubai and has 763 residential units, including single, double and triple apartments, duplexes and high-quality penthouses.