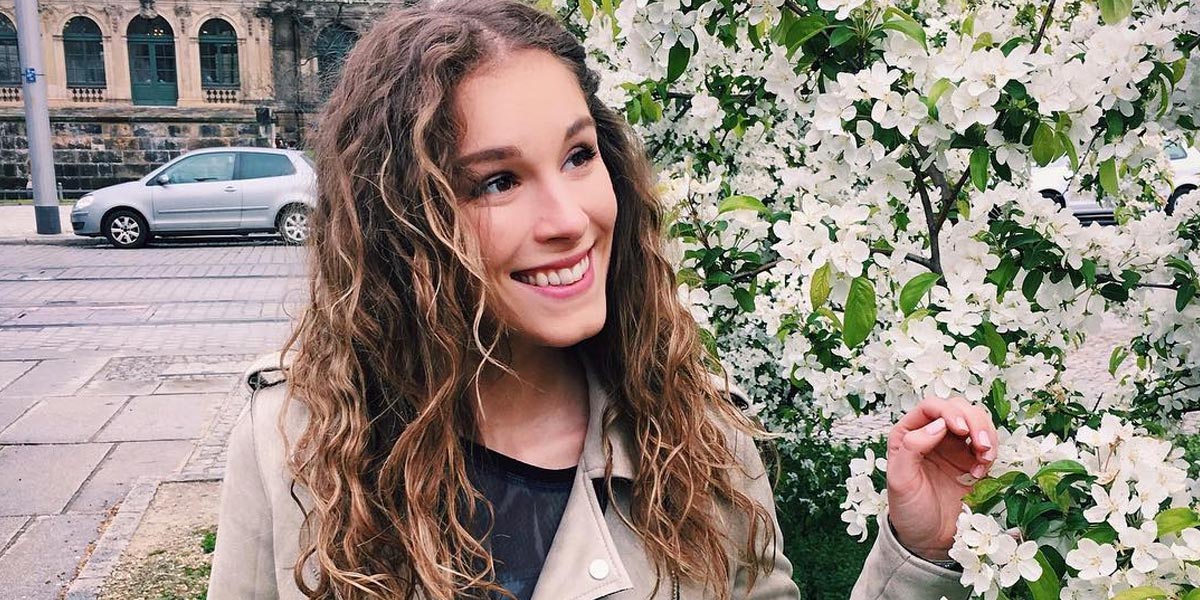 Barbara started with Youtube without any ulterior motives and now she is not only a mega star there but also on Instagram. We had a private chat with her and learned a lot of interesting facts about her and her career. Before we start with the interview, here are the most important links to Barbara.

Overview hide
Barbara’s drive to become a social media star
Successes, support and enjoyment of work
Recipe for success: Positive attitude to life and balance with the family
All by itself to the top
Top Videos from Barbara – Hairstyles, Life Hacks and Challenges
No time, but a hairstyle must be? – 10 variants
10 Smartphone Life Hacks
Famous and only buys the most expensive of the expensive?

FIV: When and how did you start your career? What motivated you to start Youtube and Instagram?

Barbara: Starting with YouTube was a totally spontaneous, not particularly well thought-out idea. I had discovered beauty YouTube a few months before and watched the videos every free minute. Sometime in the middle of the night I got the idea: “Hey, you could try that too, it would be fun…”. Without telling anyone, the next day I bought my first (pretty bad, by the way) camera and shot an absolutely boring video in which I talked for 20 minutes about how I wash my makeup brushes. I never managed to put the video online because I accidentally deleted it from my memory card as soon as it was shot. Luckily, that only happened to me that one time. I started using Instagram two years later because YouTube viewers kept asking me about it and I wanted to try it out myself.

Successes, support and enjoyment of work

FIV: What has been your greatest success so far?

Barbara: Hard to say…depending on how you want to measure success. My biggest collaborations with companies so far have been with Garnier and Nivea. I was also very happy about my guest role on GZSZ and my moderation job at O.B.. But what feels like the most success to me personally is that I’ve just been doing my thing with YouTube and Instagram for over four years now, and didn’t stop when other people told me it had no future anyway. Now I have a self-employed job with it that I enjoy so much that it often doesn’t feel like work at all. I don’t constantly look at the clock and wait for the end of work, but on the contrary: Often my boyfriend has to force me to put the PC away, because I sometimes forget the time.

FIV: Where do you get your ideas from?

Barbara: It’s very different. Many ideas are video requests directly from my viewers. Sometimes I get inspired by platforms like Pinterest, Instagram, or YouTube itself. But sometimes I just spontaneously come up with an idea when I’m not really thinking about video ideas. In fact, I think that’s when the best ideas come around.

FIV: What is your recipe against listlessness? What motivates you?

Barbara: In any case, turn up the music loud! And if that doesn’t help, I sometimes force myself to just start with something. Mostly the beginning is the hardest and after that everything goes easier. I think it also helps to always think about your goal and the good feeling you’ll have when you’ve done something.

FIV: Do your family and friends support you in your job?

Barbara: Definitely! At the beginning, my parents were very doubtful whether YouTube and Instagram were the right thing for me, but now they are convinced of the opposite. My friends, on the other hand, thought it was a really cool idea right from the start.

Recipe for success: Positive attitude to life and balance with the family

FIV: What is your best/worst feature?

Barbara: Phew… let’s start with the bad: I’m not the most persistent person and quickly stop doing something I’ve actually set out to do. What I like about myself is that I don’t let negative things drag me down. I used to do that a lot and was often in a bad mood because of it. But now I think that positive thinking is something that you can learn consciously.

FIV: What could you never do without in your everyday life?

Barbara: To my boyfriend, my cell phone and ice cream.

FIV: What is a perfect day for you?

Barbara: My perfect day starts with a sunny, warm morning and a hearty breakfast. My favorite place to be would be with my family in a foreign place, which we would then explore together, because I love to travel. Maybe during the day there would be an opportunity to go swimming somewhere. In the evening, we would sit for hours over dinner, telling lots of stories. Everyone would be in a good mood and happy. That sounds pretty perfect to me.

All by itself to the top

FIV: Are you always learning something new in your job? If so, what for example?

Barbara: Fortunately, yes. I think pretty much everyone who is involved in social media has taught themselves most of it over the internet. It starts with things like editing videos, creating thumbnails, sound and exposure, photographing, editing cameras and photos, and continues with communicating with companies, smaller jobs in acting and moderating.
Meanwhile, social media is so diverse that it really doesn’t get boring.

FIV: What are your plans for your professional future? Is there anything special coming up in the near future?

Barbara: Honestly? Right now I’m so happy with what I’m doing that I don’t really want to plan anything else as long as I don’t have to. YouTube and Instagram give me so much freedom that hardly any other job has and I’m grateful every day that I can do what I do. Sure, at some point it’ll probably be over, but then I’ll still have my degree and when the time comes I can always figure out what I’m going to do with it. I’m sure I’ll come up with something.

FIV: Thank you Barbara for the great interview! We wish you continued success and fun with your work!

No time, but a hairstyle must be? – 10 variants

In this video Barbara shows that you can also manage to conjure up a hairstyle in a short time. She shows 10 quick and chic hairstyles with which you come confidently through everyday life.

Almost everyone owns a smartphone now, so it’s no wonder that Barbara’s video is right up her community’s alley. She has taken the trouble to collect 10 smartphone tricks for us and we can make our lives easier.

Famous and only buys the most expensive of the expensive?

Not with Barbara! She takes the test together with her friend Laura. What is worth buying expensive and what is just as good, if not better, in the cheaper version?