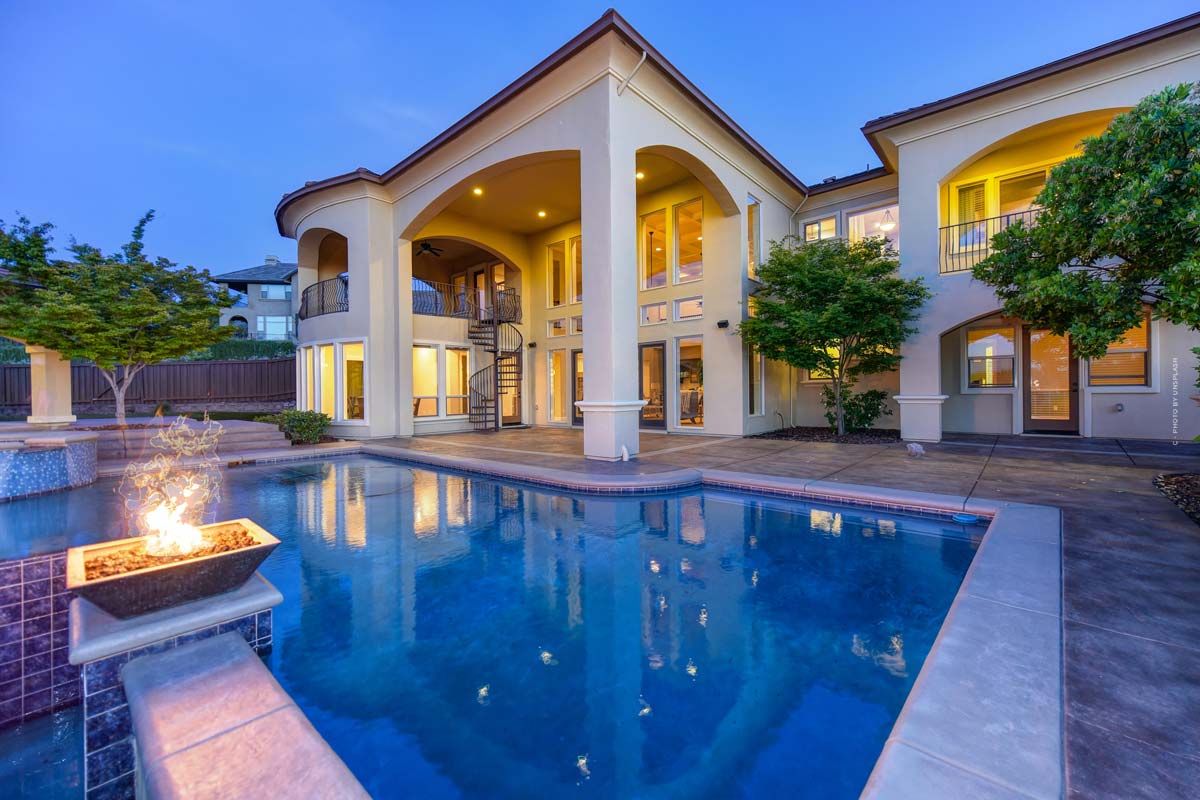 Taylor Swift: A name that makes several lines of song fly into your head, and the multiple Granny winner has been an integral part of music heaven for several years now. Hits like “Shake it off” or “I knew you were trouble” were played up and down on the radio. But how does such a great pop star like her live? Pool, sauna and dressing room? We take you on a little trip to Taylor Swift’s own private realm or should we better say rich?

Singer/songwriter Taylor Swift can proudly own eight remarkable properties. But with assets of around 360 million euros, she can also afford to do so. Allegedly, as much as 22% of her fortune flows into real estate in townhouses and penthouse apartments in Nashville, Beverly Hills, Rhode Island or New York. Let’s take a trip to the home of a Taylor Swift!

How it all began

“Home sweet home”, said little Taylor to her parents’ house in Pennsylvania, where she practiced guitar in a large, bright study – and probably also trained her eye and interest in beautiful interior design and architecture. In 2013, the former parental home, where the singer lived until she was 14 years old, was sold. After that she moved to Nashville, the place where she later bought two properties for herself.

The way to the numerous houses was through her millionfold sold songs, which are on everybody’s lips today. In the course of her career and her ever increasing fortune she bought several properties in several locations in the USA.

Nashville: Being close to the family

Taylor’s first property purchase was an industrial-style penthouse in Nashville. Nowadays a rather small establishment for the pop star. Although the 280-square-meter apartment doesn’t come close to its current luxury villas, floor-length windows make the apartment seem large and bright.

With her second purchase in Nashville, Taylor shows how much she likes having her parents around: The Ville is located in her family’s neighborhood in a small suburb called Forest Hill. 600 square meters plus a guest house with 200 square meters of land at a price of 2.5 million dollars make up her third property.

In 2014, Taylor Swift added two new apartments to its list and bought penthouse apartments in the New York district of Tribeca. The premises were eventually merged and now include ten bedrooms and bathrooms. None other than “Lord of the Rings” director Peter Jackson wanted to get rid of the luxury apartments.

Why just two apartments in the Big Apple if you can’t have a third and fourth bed? Only three years later, an entire townhouse in the megacity follows for a rent of 18 million dollars a year. A corner further on in New York’s West Village, there is another property with a terrace with a Jacuzzi and barbecue area.

Nashville: Being close to the family

Taylor’s first property purchase was an industrial-style penthouse in Nashville. Nowadays a rather small establishment for the pop star. Although the 280-square-meter apartment doesn’t come close to its current luxury villas, floor-length windows make the apartment seem large and bright.

With her second purchase in Nashville, Taylor shows how much she likes having her parents around: The Ville is located in her family’s neighborhood in a small suburb called Forest Hill. 600 square meters plus a guest house with 200 square meters of land at a price of 2.5 million dollars make up her third property.

The ranch life in Beverly Hills

A house in Beverly Hills is already a good thing for big stars like Taylor Swift: Unlike her other properties, this is a small ranch instead of a townhouse.

The special feature of the ranch is the air-conditioned wine cellar – nowhere else can she pursue her love for wine as well as in her own wine cellar: The singer already owns a collection of 1000 wine bottles.

If you are a regular visitor to Taylor Swift’s Instagram site, you probably know her house on Rhode Island. She bought the famous beach house in 2013 for 17.7 million dollars. The property is the central location for parties with her celebrity friends the “girl squad”. A residence with eight bedrooms, eight fireplaces and a pool offer the perfect party location! The wonderful views of the sea and the extensive coastline give the property a great beach atmosphere.

In 2015, Taylor Swift decided to invest a full $25 million in the “Cinematic Grib” in Beverly Hills. As a memento of the late filmmaker Samuel Goldwyn, she restored the house to its original 1934 condition and in 2018 ensured that the property would be given Los Angeles landmark status. This protects it from major changes and demolition. The songwriter has an affinity for old furniture and furnishings from the last two centuries.

Especially when it comes to seating furniture, she has her very own taste: classic standard armchairs don’t come into her house, she likes vintage individual pieces that embody something special.

The work of one year of restoration has paid off: Over 1,000 square meters of living space reappear in the old Hollywood glamour and include a library and a fitness studio.

Two raw materials that dominate the Residence are wood and glass. The large windows ensure that the wooden furniture does not look old-fashioned or out of fashion. On the contrary: despite the heavy wooden desk, the rooms appear light and in no way restrict creativity.

Although all rooms are painted in white, each room appears very individual and by no means monotonous. Many plants and hedges protect both privacy and make the property look very lively. Taylor is a person with a great love of detail. The whole house is teeming with decorative elements like vases, pictures or magazines. This is how she manages to bring even a large property like Cinematic Grib to life and give the house its very own charm.

The young singer has a remarkable six bedrooms and five bathrooms at her disposal. Love for abstract art and unique design can be seen in one of these bedrooms: The abstract painting on the wall harmonizes perfectly with the small stools at the end of the bed. But this bedroom is not the only room: in numerous rooms, paintings decorate the white walls of the house. Sometimes with abstract motives, sometimes with motives from nature. An atmospheric picture of a forest invites one to dream and relax and gives the room more space and a mental refuge in the deep nature.

The full entertainment and relaxation program

The Grammy winner can’t get bored on the estate: Both private cinema evenings through an own screening room and sports activities on the tennis court are possible.

The extensive garden with patio is definitely a feast for the eyes: On the terrace a large dining table offers the perfect basis for a cosy private barbecue evening. If Taylor needs a cool down in summer, her large pool in the garden is always at her disposal. Relaxing and sunbathing after a little dive? No problem, noble white sunbeds offer both comfort and a great view over the pool and the garden.

Not only at the pool and on the terrace you can enjoy the summer, the master suite with a sun deck overlooking Los Angeles invites you to dream every morning.

The downside of luxury

But owning such jewels also brings with it dangers: in 2019 a young man had tried to break into the mansion on Rhode Island. Swift was not there, attentive neighbors reported the man’s suspicious behavior. Unfortunately, this was not the first incident of this kind for the pop star: Before that, a stalker had broken into her New York apartment and even showered and slept there.