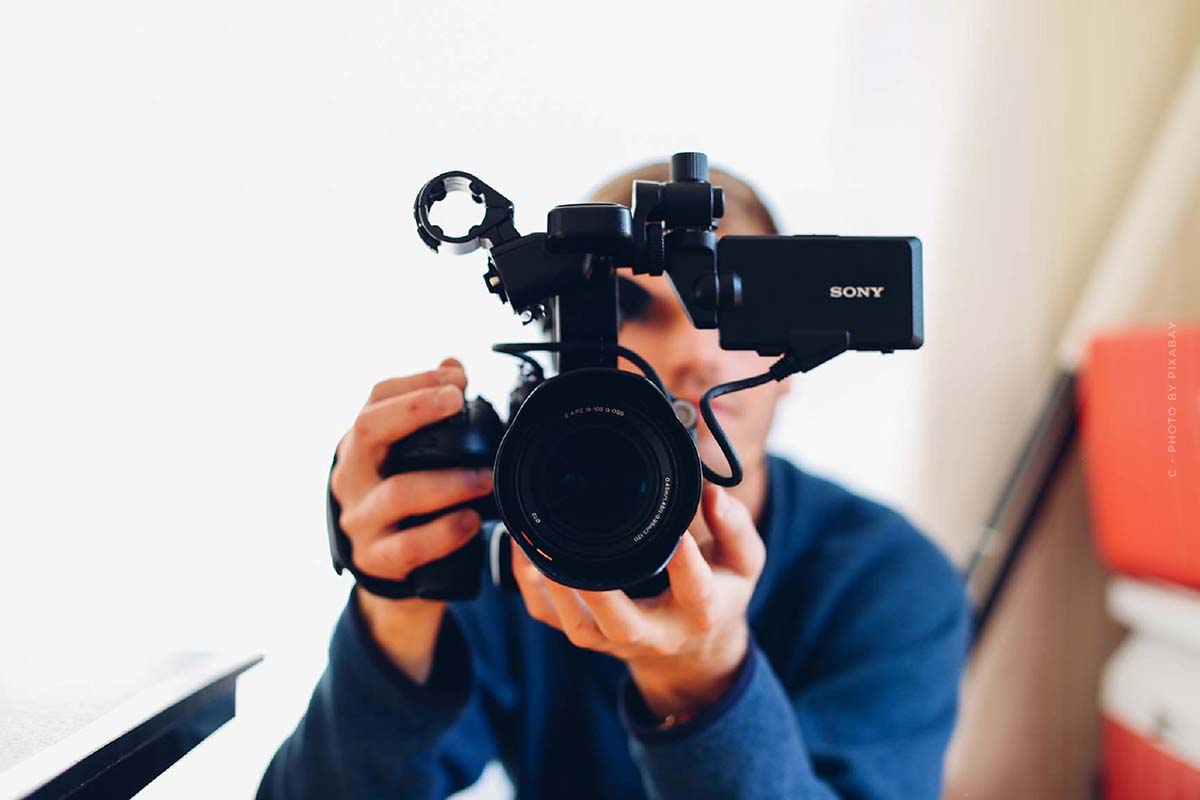 PewDiePie – one of the biggest YouTuber of our time. At just 22 years of age, Felix Kjilberg, as the Internet icon was born, became the most famous YouTuber of all time. Granted, he didn’t keep the title forever, but he is one of the most famous YouTube giants ever. How a boy from Sweden conquered the Internet world and what competition he lost, we have summarized for you here.

Little is known about the childhood of Felix Kjielbergs. Only that he was born on 24 October 1989 in Gothenburg, Sweden. As the son of an IT manager of a Swedish fashion chain, he later attended Chalmers Technical College, which he never finished.

On his YouTube channel PewDiePie he finally started posting Let’s Play videos of horror and action games in 2010. It took only two years and PewDiePie reached one million subscribers. Shortly after that he also started posting vlogs and short comedy clips. It only took another twelve months and in 2013 PewDiePie was officially named the largest YouTube channel of all time. He held this title until early 2019 when Indian record label T-Series came dangerously close to his throne as the most popular YouTube channel.

T-Series finally overtook him and after almost 7 years PewDiePie became the second most popular YouTube channel with 104 million subscribers. Nevertheless, this did not have a negative effect on the success of the Swedish channel. On the contrary: in 2020, it continues to rank among the most highly regarded YouTube channels of all time. Thanks to his long-standing popularity and extensive coverage of his person, he has become one of the most famous online personalities of the 21st century and has even been named one of the 100 most influential people in the world by the renowned Time Magazine.

Quick Facts: Funny name with a lot of impact

With 250 million views, PewDiePies Dissrap called “Bitch Lasagna” is the most viewed video on his channel. This was created during the competition between him and the YouTube Channel T-Series. An online contest that we’ll explain in more detail below:

As we all know, the YouTube world not only loves a lot of glitter, but also just as much Gossip. And this is where PewDiePie and T-Series poured a lot of oil on the fire when it came to the most blatant showdown in Internet history.

PewDiePie calls for competition with T-Series

When T-Series PewDiePie’s subscriber numbers approached dangerously close at the end of 2018, it called for an online competition – a unique rivalry ensued, which to this day remains the only one of its kind in YouTube history. During the battle for the title of the most subscribed YouTube channel of all time, YouTube icons like Logan Paul, MrBeast and Markiplier came out in support of PewDiePie.

Numerous online campaigns and demonstrations in the streets followed. Even vandalism, online bullying and the use of malware did not shy away from PewDiePies hardcore fans. During the competition, the number of subscribers to both channels fluctuated constantly. Several times T-Series overtook PewDiePie. However, PewDiePie regained its throne as the most popular YouTube channel every time.

Indian stars and starlets are outraged

This rivalry finally reached its climax when PewDiePie released his disstrack “Bitch Lasagna”, which is peppered with anti-Indian lyrics. What many don’t know: The title comes from a well-known screenshot of a Facebook Messenger conversation in which an Indian man with broken English sexually harasses a woman. When she ignores him and his obscene requests and comments, he finally insults her with the words “Bitch Lasagna”. The song received harsh criticism in the Indian media and numerous stars and starlets of the Indian YouTube scene publicly turned against Felix Kjielberg and his YouTube Channel.

The PewDiePies and T-Series rivalry finally ended with the winning of T-Series on May 29, 2019.

Of course, PewDiePie couldn’t let this sit in silence and so he released another single together with the trio from Lonely Island: