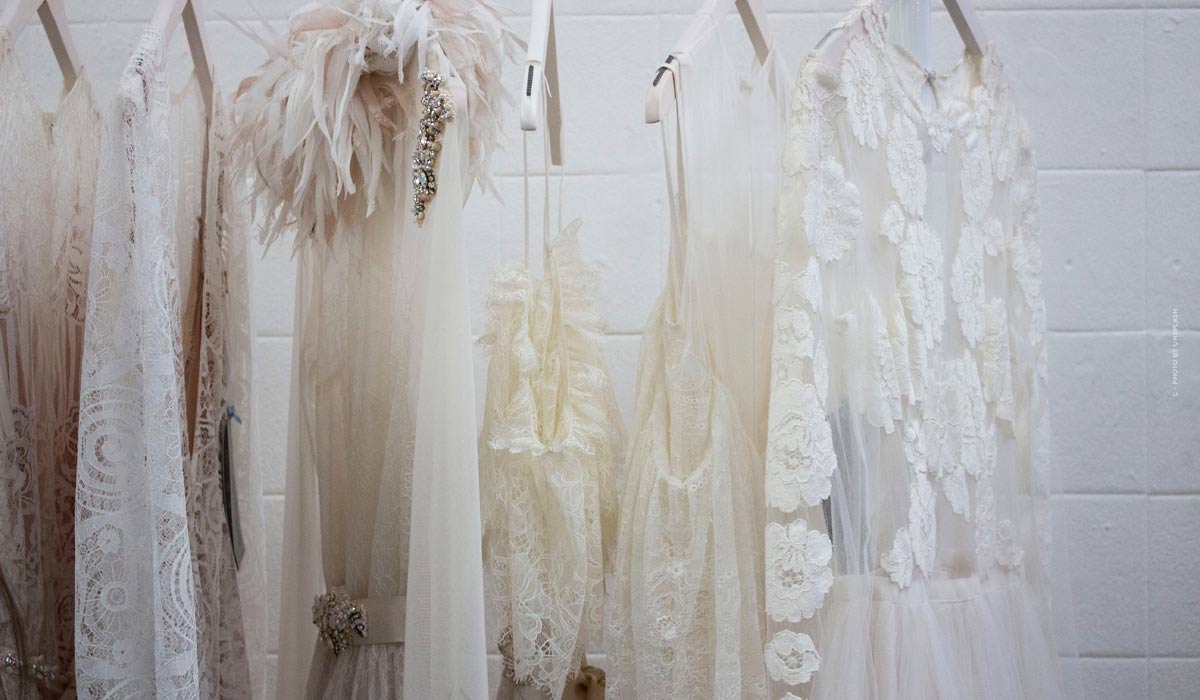 Runway highlights from Versace – the Italian fashion empire is one of the biggest and oldest luxury brands in the world. Its dresses, shoes and accessories have been popular for decades and the brand’s catwalks are highly anticipated every year. Compared to the fashion shows of other luxury brands, this brand does not need exciting backdrops or extravagant catwalks to showcase its fashion. Instead, Donatella Versace lets her fashion speak for itself. With success, we think. So check out Versace’s best fashion shows here, too.

Overview hide
Gianni Versace & His Unconventional ‘Neo-Baroque’
Elegant ladies collections that make history
Summery colours, airy cuts and a finale with a star cast
Emotional fashion show in memory of Gianni Versace
Seductive prêt-à-porter full of extravagance and sensuality
Feminine silhouettes and masculine jackets meet each other
Emancipated men’s fashion for the man of the modern age
Provocative styles with a wicked touch
Unconventional men’s fashion and lots of style breaks
Youthful outfits and playful prints for the summer
Summer collection full of tropical feeling and naked skin
Behind the scenes of the fashion empire
Hailey Baldwin Bieber, Emily Ratajkowski & the Hadid sisters on the runway
15 things you didn’t know about the luxury brand

The luxury brand Versace was founded in 1978 by the Italian Gianni Versace. The first fashion show followed in the same year. The decisive factor here was the support of the German textile merchant Albert Eickhoff, who had already discovered the talent of Versace, who was still unknown at the time. Thus the fashion show did not take place in Milan, but in the German town of Lippstadt. While the first collection was characterized by romantic and delicate pastel shades, the second collection met with mixed reactions due to its daring designs. The men’s collection was described as vulgar as well as innovative and revolutionary. This earned Gianni Versace the title of ‘Master of Neo-Baroque’, a title he remained true to until his death in 1997.

Exquisite. Feminine. Emancipated. There are plenty of adjectives to describe Donatella Versace’s fashion. Even though every women’s collection is unique and different every time, one thing is certain: Versace loves drama. And Versace loves to create new historical moments. From emotional tributes to her brother Gianni Versace, to revisiting iconic looks of the past, her fashion shows never fail to surprise.

Summery colours, airy cuts and a finale with a star cast

One of the biggest fashion statements of our time was made by R’n’B icon Jennifer Lopez during the Grammy Awards in 2000, when she appeared on the red carpet in an airy jungle dress from Versaces. The many searches for photos of the dress quickly led to the birth of Google Images and revolutionized red carpet fashion to this day. For the Spring 2020 collection, fashion visionary Donatella Versace celebrated the milestone with J.Lo. Saying, “Okay, Google, now show me the real jungle dress,” the designer ushered in the show’s unforgettable finale and an outrageously good-looking Jennifer Lopez appeared on the runway. Watch the entire fashion show here.

To honour the memory and legacy of Gianni Versace, Donatella Versace revived the fashion empire’s most iconic prints for the 2018 collection. Blouses, jackets, catsuits and leggings were printed with baroque flowers, sympathetic butterflies and extravagant metallic grids. The reinterpretations were then reproduced in full capsule collections and presented by none other than Naomi Campbell, Carla Bruni, Cindy Crawford and Claudia Schiffer.

“A little bit of imperfection is the new perfection” Hardly anyone would have expected these words from Donatella Versace. However, this statement perfectly sums up the 2019 women’s collection. Harnesses on the runway allowed plenty of skin to be seen, while lace tights and schoolgirl tweed sparked fantasies in many a viewer’s mind. Between wild colour and pattern combinations, classically elegant outfits in typical Versace style could also be seen. One thing, however, was quickly clear: Bravura is different.

Feminine silhouettes and masculine jackets meet each other

For winter 2020, Donatella Versace and her team went for flamboyant floral and animal prints, pink suits and leather jackets. This time the collection was more casual than before, but also played more with the idea of ‘hyper-femininity’ and ‘hyper-masculinity’. How this play of stereotypes was implemented fashionably, you can see here in the video.

Emancipated men’s fashion for the man of the modern age

Versace loves to play with stereotypes. Above all, the fashion empire loves to break them down and play with the idea of masculinity fashionably and stylistically. This often leads to revolutionary collections, unconventional cuts and playful outfits. Also always at the forefront here: the brand’s favourite models Bella Hadid and Kaia Gerber.

Provocative styles with a wicked touch

Leather pants, harnesses and silk jackets – the Winter 2019 collection here was all about bondage and fetish. With androgynous suits and outlandish accessories, such as safety pins, the fashion empire had deliberately made for big eyes on the front row here. Watch the extravagant fashion show in full length here.

Donatella Versace loves it extravagant. Accessories from the women’s collection were reused as belt bags and archetypal garments were given a feminine touch. So here the designer went for oversized work suits, chunky denim, t-shirts with ruffled hems and swanky dresses. “These are men who don’t care about the rules, and that’s what I love,” Donatella Versace let slip in her press release.

Youthful outfits and playful prints for the summer

The Men’s Summer Collection 2020 was bursting with light-heartedness. The focus was on the transformation from boy to man. Versace went for oversized suits, fringed biker jackets and trendy jersey trousers. “When a man becomes a man, the first thing he wants is a car,” Donatella Versace let slip before the show. This statement was also reflected in the playful prints of the tops. Watch the entire fashion show here.

Donatella Versace found inspiration for the 2015 men’s collection in Cuba. The fashion presented here by the luxurious fashion empire was lively and above all full of life. Almost royal as in ancient times, it was here through denim pants embroidered with gold leaves and golden cardigans. Leather with studs and cream-colored crêpe de chine costumes offered a fashionable change here and there and exciting accessories, such as perfume bottles, dangled from the neck of the outrageously good-looking models.

Behind the scenes of the fashion empire

Versace is still considered one of the biggest fashion empires in the world and always makes fashion history. But what does it actually look like behind the scenes? What happens backstage and who was the gifted fashion visionary Gianni Versace? These questions are answered here.

What happens in the final minutes before the show? What is the current collection so inspired by? And how does it feel to walk for one of the biggest fashion labels in the world? You can see the exciting insights backstage of a fashion show here.

15 things you didn’t know about the luxury brand

What happened to the founder Gianni Versace? What is the story behind the famous Versace Hotels? How much is the fashion empire worth? And where was the first boutique outside Europe? These questions are answered here in the video.