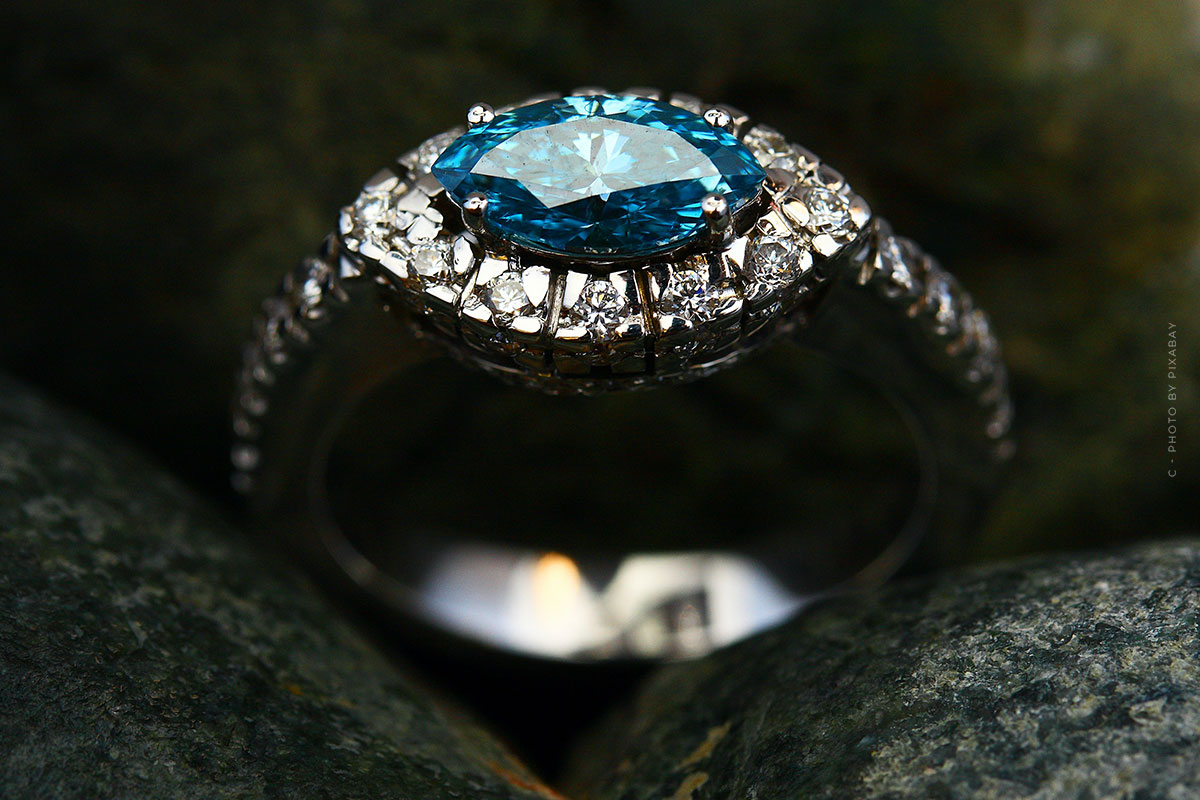 Buy Grandidierite – French mineralogist Alfred Lacroix found the first reported samples of grandidierite in 1902. He discovered the gemstone on the cliffs of Andrahomana in southern Madagascar. It is a gemstone that has subtle inclusions called feathers. These are formed by fluids that have hardened inside the crystal over millions of years.

Grandidierites are lagoon and deep ocean blue gemstones discovered in Madagascar in 1902. Besides Madagascar, there are other deposits of grandidierite in Algeria, Antarctica, Canada, Czech Republic, India, Italy, Malawi, New Zealand, Norway, Sri Lanka, Suriname, and the United States. Despite all this, faceted grandidierites larger than one millimeter were found only in Madagascar and Sri Lanka. Despite the number of sources, grandidierite remains extremely rare; pockets are usually small and quickly depleted.

Grandidierite is a very rare gemstone that can fetch up to $20,000 per carat. It is often found as a companion mineral on aluminous, boron-bearing rocks with a pearly, semi-transparent, bluish-green hue.

Once you have a translucent piece of grandidierite rough, this is only the beginning of the challenge, as cutting and faceting this gemstone is difficult. The cutter will try to maximize the effect of pleochroism, which flashes two or three colors when turned to different angles, while retaining as much weight as possible. In addition, the gemstone tends to break in two directions if it is not cut with great care. This is another reason why anything larger than a carat of grandidierite becomes enormously expensive.

Jewellery: Grandidierite as a gemstone?