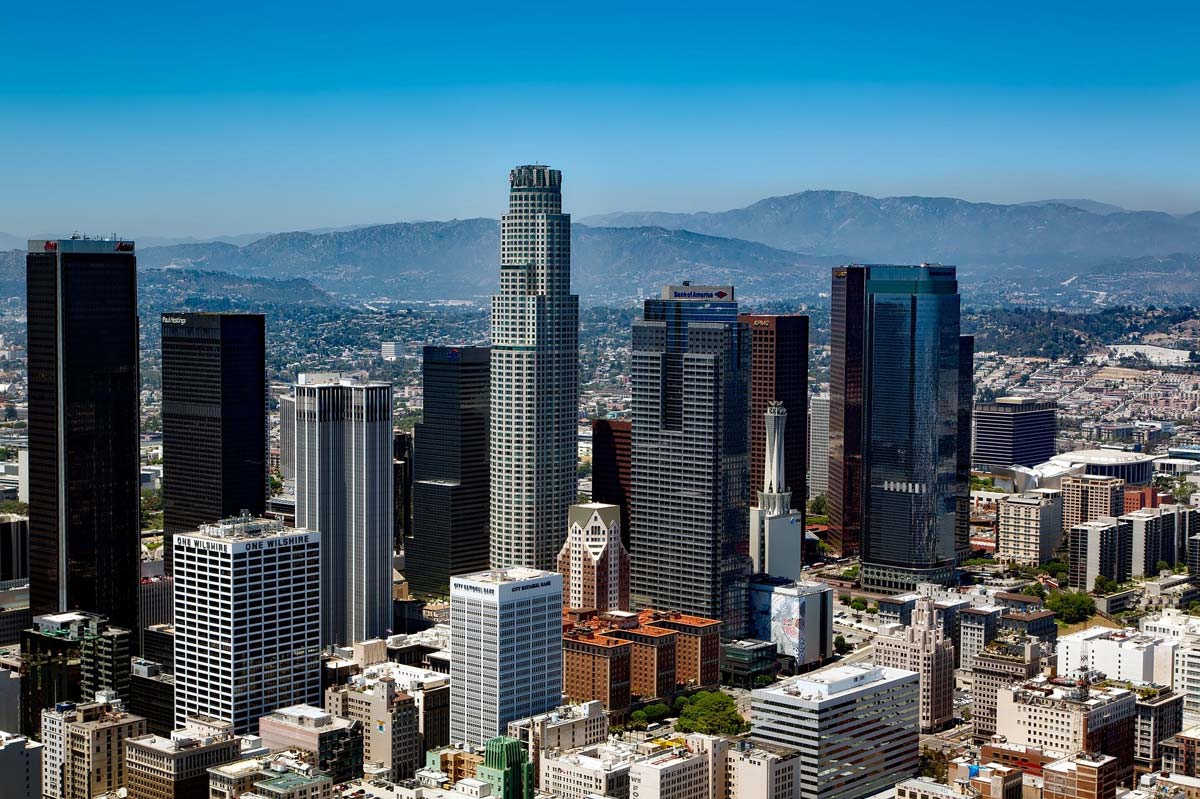 Los Angeles – the city of stars and starlets. In addition to many famous faces who have settled in Los Angeles, the city in southern California attracts international people. Young life, many opportunities to go out and impressive nature characterize the famous area. Before moving to the city of music and movies, however, one has to ask oneself the following questions: Which parts of the city are best suited for living? What price should I expect for an apartment or a house in LA? In the following article, we will tell you all the important information you need to know about living in Los Angeles. Los Angeles is one of the most popular cities to live in for a reason, and you’ll find your perfect home in this vibrant city with our help!

Silver Lake is a neighborhood in East Los Angeles known for its hip and trendy flair. Besides houses with street-style art, you can find vegan cafés and creative restaurants here. Funky bars and young life draw people to this part of LA. Do you like being around young people? Do you like to spend your afternoons in small, hip places? Then Silver Lake is the place for you! Much like Germany’s capital Berlin, Silver Lake is a popular area for the young, dynamic and unconventional. Attractive living with everything the young heart desires is guaranteed in this part of town.

Silver Lake is located at the famous Griffith Park, which offers many employment and recreational opportunities. With an area of 17 km², the park is considered one of the largest in North America. Whether for walking, playing sports or as a meeting place with friends to pass the time, the park is ideal. Numerous film studios line the district, which is also known for newcomer artists, especially in the music & film industry. Simple flats, apartments or houses: you can find everything here.

Downtown Los Angeles offers many different people the ideal opportunity to live. Trendy bars, famous art museums and modern skyscrapers are the hallmarks of the city. In Downtown LA you live right in the center of the action. There will never be a dull moment. At night, you’ll see a familiar face in almost every bar, and during the day, there’s always something new to discover. Hidden cafes and hip boutiques are not uncommon in Downtown LA. Apartments in high-rise buildings are plentiful here – although prices are significantly higher than outside the city centre.

Sights, neighborhoods & restaurants in the district of the stars

Tall skyscrapers with numerous offices line the streets of Downtown Los Angeles. The entire downtown area can be divided into five other neighborhoods. To the north of the district is Chinatown and the famous Olvera Street. To the west you will find the Financial District, while to the east you will find Little Tokyo. In the south you will find numerous trade fair and theatre buildings. Restaurants are plentiful in all areas: From Chinese to Japanese to American fast food chains: No wish remains unfulfilled here.

Hollywood Hills: Living in the Hills with luxury in villas and lofts

The Hollywood Hills are considered ”The place to live” in California. The Hills consist of a chain of hills above the city of Los Angeles. Imposing mansion quarters and impressive landscape are the hallmark of the famous residential area. The neighborhood has a much higher-than-average amount of greenery, and the east section is home to the famous Hollywood Hills Sign. Are you interested in living in a quiet and sociable neighborhood? With plenty of opportunities to explore the outdoors and a great view of the stunning Hollywood Hills? Then you’ve come to the right place! Luxury real estate, condominiums and penthouses are plentiful in this area.

Walks to the famous Hollywood Hills Sign, road trips across the Hills or a relaxing evening at home: The Hollywood Hills offer you many recreational opportunities. In the Hills you have the opportunity to enjoy your everyday life far away from nosy neighbors and loud traffic. But even though the Hills are known for their luxury real estate, there are still many job opportunities. Whether it’s big companies or small businesses, you’ll find it all in this part of town!

This historic neighborhood is located in the San Rafael Hills and is especially known for being the cultural center of Northeast Los Angeles. A neighborhood rich in art and diversity, it attracts creatives and families alike. If you’re looking for a cozy home for you and your family, this is the neighborhood for you. Many families have settled here and enjoy the historic and quiet flair of the city. In particular, you’ll find apartments, condominiums, and homes that are either centrally located or just outside the area. Many schools, shops and art galleries line the streets of this Los Angeles neighborhood.

Unlike other residential areas in Los Angeles, the Highland Park district is known for its comparatively low housing prices. Here you will also find mostly apartment complexes with several apartments. Since many young people or families live in this area, Highland Park offers many schools and jobs. The neighborhood has a more family-like atmosphere compared to the Hollywood Hills or Downtown LA, as people live close to each other.

Santa Monica: Living with stars on the beach

Santa Monica is probably one of the most famous neighborhoods in Los Angeles. Located directly on the ocean with endless beaches: Santa Monica is a dream place for many. At the Santa Monica Pier, in addition to the Santa Monica Beach, there is also the amusement and theme park Pacific Park with a historic carousel, which has become the landmark of Santa Monica. Also, Santa Monica is home to the famous outdoor gym Muscle Beach, where major weight training celebrities regularly train.

See and be seen: Living on the beach for young people and open families

Santa Monica is a very desirable part of town to live in. However, you have to expect a lot of hustle and bustle and quite a few tourists – and that every day, every day of the year. If you can handle that well or even enjoy the “see and be seen” lifestyle, this is the place to be. Strolling along the beach in a bikini or on rollerblades is the norm here. A young and diverse neighborhood where you can always experience a lot.

Mid City is located in the center of Los Angeles and is home to many schools, both public and private. There are numerous nightlife options such as restaurants and cafes, which make this neighborhood especially popular with families and young people. Similar to the Highland Park neighborhood, Mid City is especially popular with families with younger children. Condominiums and apartments on quiet streets characterize this residential area. You’ll find the best mix of activity and quiet here. The average age in this city is around 30.

The Mid City neighborhood, like the Highland Park neighborhood, is known for its more affordable housing options. Here you will also find several apartment buildings rather than luxurious villas. Restaurants, cafes and shops such as hairdressers and clothing stores can also be found in Mid City. The area, like many others, is known for its young residents and good educational opportunities.