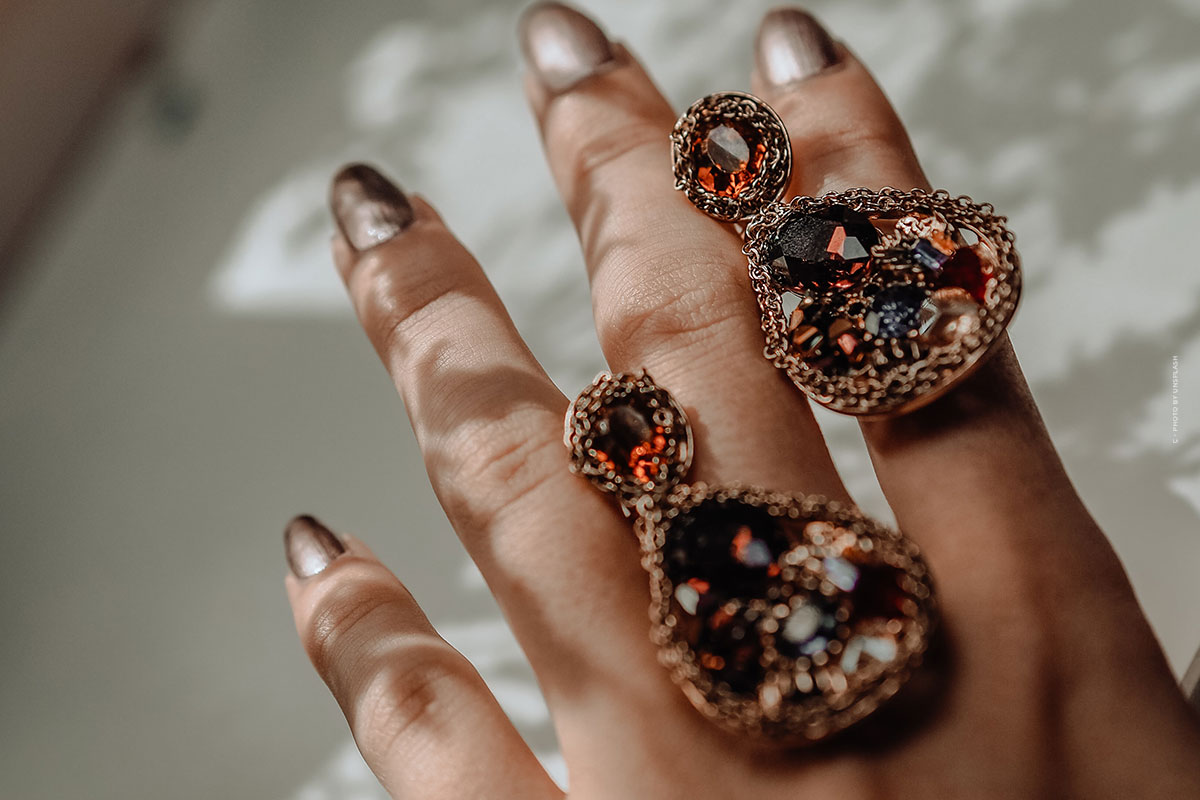 Buy Garnet – The garnet, the birthstone of January, is especially in demand because of its extraordinary color. Due to the high light refraction and the good hardness of the gemstone garnet, it is made for sparkling gemstone jewelry. The purity of the garnet gemstone is very important. The purer the stone, the more valuable it is. This gemstone is especially for connoisseurs a good way to invest, because the value varies in different countries and the garnet, as a color stone, is a gemstone. The increase in value is usually constant, but not high.

Buy: Price and value of garnet

When buying garnet, you should pay attention to four factors: Color, clarity, cut, and carat. Garnet includes affordable dark red varieties, rare and valuable greens, and many colors in between. Garnet clarity often depends on the type of garnet. Red garnets often have no inclusions visible to the eye. Many garnets are cut into standard shapes and calibrated sizes so they can be used in manufactured jewelry. Garnets can be found in all sizes and weights, although some varieties are rare in large sizes.

Investing in Garnet: Is it worth it?

The Mandarin Garnet in particular is a stone that is definitely worth investing in. The gemstone has only been known in the gemstone trade for 20 years, yet it is already a much celebrated star today. Its name speaks volumes. Gemstone lovers can attract attention with this fruity colored stone. However, high quality top class stones of more than three carats are extremely rare.

Both demand and price have increased significantly in recent years, so mandarin garnet is very well suited for sparkling investments. But also other types of garnets, and especially rough stones are excellent for an investment.

Garnets come in different types and are never found in their pure state. They are always mixed with other types of garnet. Garnet is a powerful energizing and regenerating stone. It is balancing, strengthening and protective. Although it is one of the richest stones, it has different forms depending on its mineral base.

Rough stone: Gemstones in their natural form as an investment

In stone healing, a rough stone is an unprocessed stone taken directly from nature. A rough stone is cheaper than a cut gemstone, which is why especially fans of healing stones often buy uncut garnet stones. Rough stones come in different sizes and you can get them from different dealers. Only through the cut in which their colors, radiance or special patterns are worked out, gemstones get their luster and even more beauty. 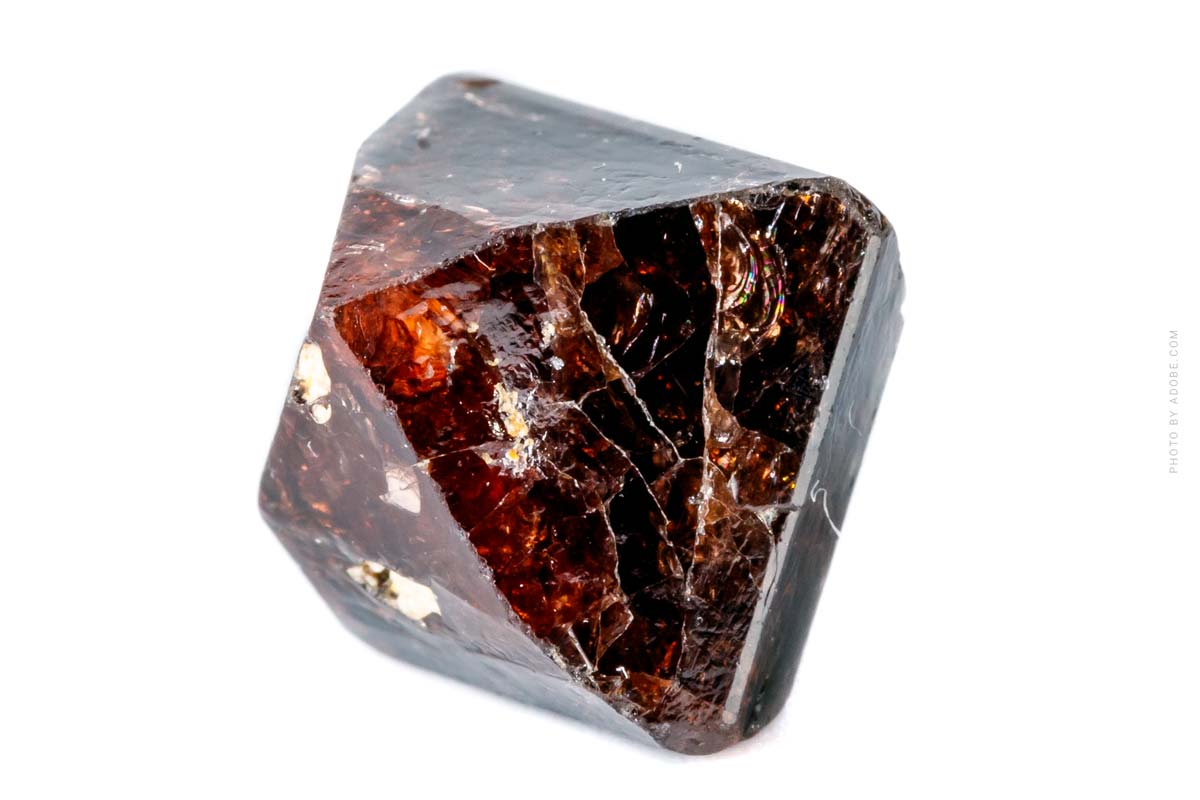 Depending on its specific variety, garnet comes from many parts of the world. Most garnet on the market today comes from India, Brazil, Sri Lanka and the USA. The name garnet comes from the Latin granatum for pomegranate, because the color of this crystal resembles the seeds of the pomegranate fruit.

Although red is the most well-known garnet color, this fiery gemstone also comes in green, pink, yellow, brown, purple, and even black. Garnet can also be found in a translucent, almost colorless variety. If you’re lucky, you may come across a specific type of garnet that can change color depending on the type of lighting.

Red garnet is one of the most common and widespread gemstones. But not all garnets are as abundant as red ones. A green garnet, tsavorite, is rarer and requires rarer rock chemistry and conditions to form.

Garnet vs. ruby: differences of the red gemstones

Another red gemstone is the ruby. The ruby is made of the same mineral as the sapphire and is the second hardest gemstone in the world. The garnet has a Mohs hardness of 6.5 to 7, the ruby has a Mohs hardness of 9. A ruby must meet special requirements regarding color, otherwise it is considered a pink sapphire. The country of origin of the ruby is India, otherwise the ruby comes from Sri Lanka, Pakistan, Afghanistan, Myanmar, Thailand, Cambodia and Vietnam. The ruby cleanses the aura of toxic energy and fills one with a sense of bliss, passion, protection and prosperity. It strengthens both the physical and emotional heart.

Garnet jewellery is always a great gift for loved ones. The gemstone shimmers in an extraordinary color that suits especially warm skin tones very well. The jewellery is best cleaned with lukewarm water, soap and a little ammonia. A grinding or polishing brush should rarely be used. It is important that the jewellery is not cleaned in an ultrasonic device, because the vibrations can shake the stones out of the settings.

An engagement ring with a dark red gemstone looks noble and elegant and earrings are especially beautiful when the red garnet can shine in its sparkling brilliant. The gemstone is often used as a gemstone because it not only has a beautiful appearance but also a positive aura. Garnet jewelry is high quality and the gemstones go well with gold as well as silver jewelry.

Garnet jewelry is worn not only because it is very beautiful, but also because it is said to have spiritual significance. Garnet is known as a symbol of glory, love, regeneration, stability, beauty, truth and endurance. When worn, garnet has the potential to boost self-confidence and create a new sense of self-worth and popularity.

Garnet is often called the stone of health because it is believed to have so many health benefits, especially by strengthening the blood. Garnet’s most famous property is its ability to improve energy flow by revitalizing personal energy. Garnet is also the birthstone of January and brings good luck especially to the zodiac sign of Capricorn.