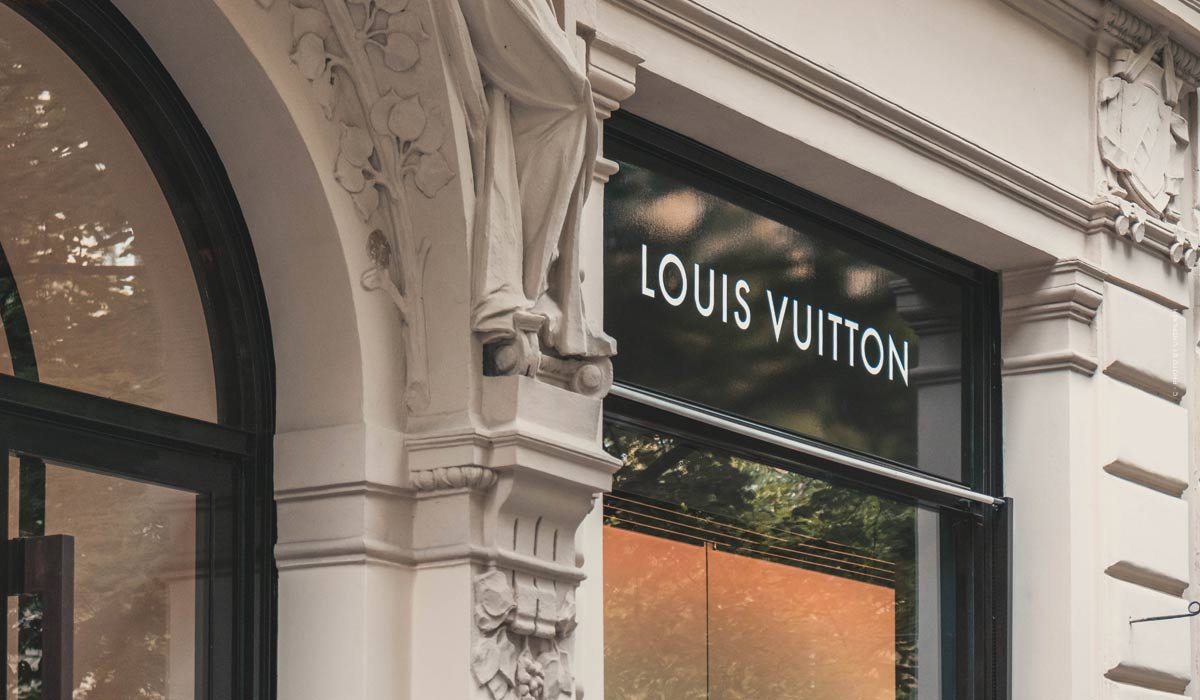 Top Videos from Louis Vuitton – Experimental. Progressive. Cultivated. This is how you could describe the catwalks of the French fashion label. Whether statement accessories or expressive dresses – the fashion label never disappoints. The Louis Vuitton team spares no effort and no distance when it comes to the location of their fashion shows. For their regular fashion shows Louis Vuitton Cruise and Louis Vuitton Resort, they also like to choose tropical backdrops in Asia or South America. Check out the best catwalks of the luxury brand here. At the end you will also get an exclusive look behind the scenes.

Louis Vuitton – A French fashion empire of the extra class

The initial suitcase company has revolutionized the fashion industry over the last 160 years. From bags to accessories to clothing, there is nothing Louis Vuitton can’t do. The collections are always detail-oriented and include chains and hats as well as extravagant shoes and coats. The travel bags are particularly innovative and progressive: The designer Louis Vuitton loved to travel. This is also reflected in the designs – from extravagantly playful to simple and practical, everything is included. Besides the bags, Louis Vuitton is also known for its shoes and belts. These are exclusive and diverse, just like the bags.

The Louis Vuitton team loves femininity. And this is also reflected in the collections. Whether rhinestones, sequins or sparkling silk fabrics – Louis Vuittons outfits are always royal, gorgeous and glitter with the accessories. Check out the runway highlights here.

Fashion as a mirror of the present: that is the motto of this fashion show. With 200 choir singers in the background, the models strutted across the catwalk in contrasting outfits. Iridescent bolleros were combined with casual trousers and futuristic tops were set on sport shorts. The looks of the choir singers were also in evidence: For these were dressed by none other than the famous costume designer Milena Canonero herself.

Fashion show in Paris: Futuristic fashion inspired by the 80s

For the fashion show in Paris, the designer Louis Vuittons Ghesquière felt inspired by the fashion of the 1980s. He combined these influences with his enthusiasm for the virtual world. A first-class fashion show was born. What unique creations came out of this clash of ages can be seen here in the video.

Spaceship Feeling gave at the 2018 fashion show in Paris. Heavy metal chains hung from the necks of the models, gloves were put on and bags with patterns from the computer world were seen more often. Overall, this collection was more down to earth than the previous ones: There were plenty of draped shoulder bags and the designer didn’t shy away from leggings this time.

Louis Vuitton has established itself not only in the world of women’s fashion, but also in the world of jackets and suits. Twice a year the who-is-who of Hollywood meets in the front row of the fashion shows to marvel at the current men’s collections. Check out the top videos here.

For the 2018 collection, creative director Virgil Abloh was enchanted by the ‘Wizard of Oz’. The setting was both breathtaking and fairytale at the same time. Although Abloh showed courage for colour here, there were many outfits, especially in the beginning, which were restrained with their traditional cuts and muted colours and still left a lot of room for creativity. Flower patterns and statement colors of the entire color spectrum could be seen rather later. We are enthusiastic about the fairytale fashion show every time.

“Something you have not yet seen from me: the suit,” said Virgil Abloh before the fashion show in Paris and thus ventured into waters unknown to him. The setting was surreal with blue skies and fluffy clouds. The silhouettes of the suits were rather narrow and traditional. Especially white shirts and light-coloured ties were often seen. The classic men’s suit was redefined by Abloh six times. Look here in the video how.

Flowery it became for the summer collection of the men. The inspiration here was wild flowers and the individuals who take care of them in the luxury goods stores of the world. This is reflected in a unique fashion line – including romantic flower embroideries, tulle coats and sweaters.

Louis Vuitton is one of the global players in the fashion industry. Europe was followed by the fashion conquest of Asia and South America. Tropical and progressive, almost like being on holiday. The invited Louis Vuitton guests always found themselves in exciting settings with breathtaking robes on the catwalk and a charming creative director as host.

For the fashion show ‘Louis Vuitton Cruise’ the designers and models travelled to Kyoto, Japan. In front of a breathtaking backdrop they presented the current collection, which was created in collaboration with the Japanese designer Kansai Yamamoto. Watch the whole video here.

Individualism and eclecticism on one catwalk – of course, that’s only possible at Louis Vuitton. His infamous special fashion shows Cruise and Resort allow the fashion house to approach the collections more experimentally than usual. Check out the collection of sequin embroidery, draped tops and sparkling bustiers.

The secrets of a historic fashion empire

Louis Vuitton is one of the most legendary fashion houses in history. The brand revolutionized the fashion industry with its designs and has only the hottest models on the catwalk. Take a look behind the scenes here.

What happens during the rehearsals for the fashion shows? How do the models feel and how does a gifted fashion creator like Virgil Abloh deal with the stress in the last minutes before the big show? You can see it in the exclusive video.

15 things you didn’t know about the brand

Who was Louis Vuitton? Who has the fire worked with before? And how much is the most expensive Louis Vuitton bag ever made? These questions are answered here in the video.