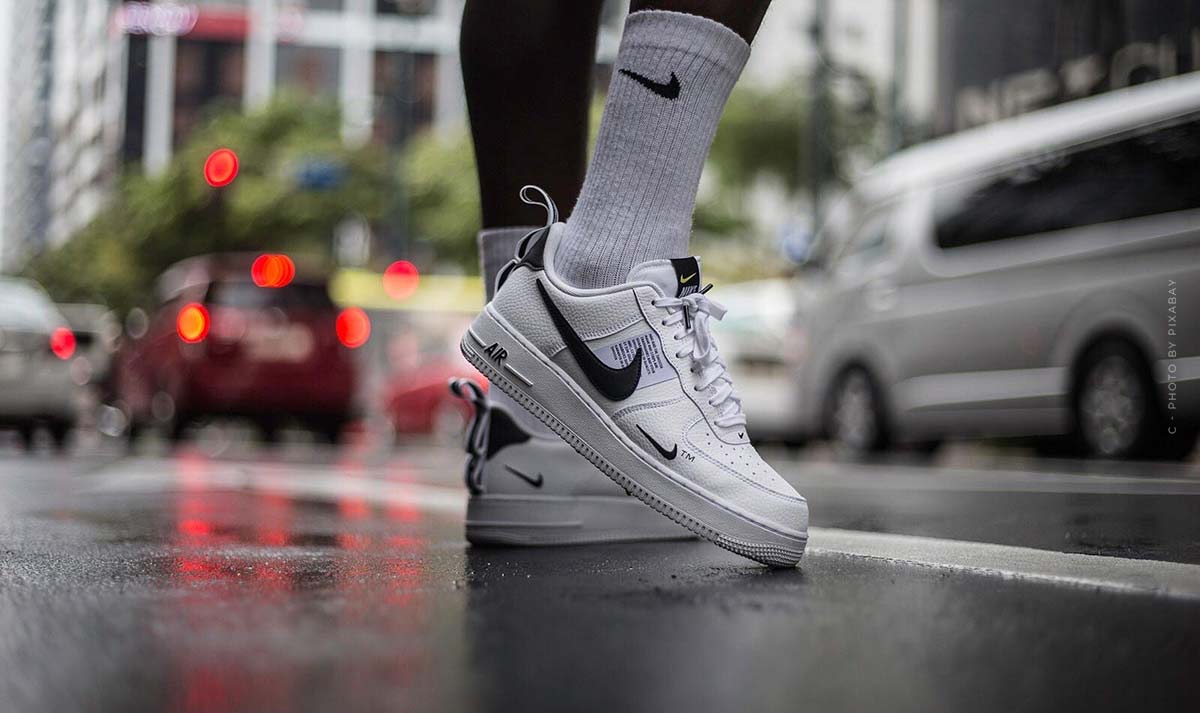 It is undisputed that sneakers have been part of everyone’s shoe repatoire for decades. After all they are comfortable, timeless, practical and modern. Just as diverse as the history of sneakers is our list of the 9 most expensive sneakers ever sold. We at FIV Magazine don’t want to keep them from you – after all, you can find everything from original Hollywood props to worn basketball shoes from your favorite athletes. You’ll also find historical innovations and limited edition models of your favorite rappers.

The crown jewel on our list and therefore the most expensive sneaker in the world is the 1972 Nike Waffle Racing Flat “Moon Shoe”, made available by Jordan Michael Geller during a Sotheby’s auction in July 2019 and purchased by Miles Nadal, a well-known shoe collector, for more than $400,000 and exhibited in his private museum in Toronto, Canada shortly thereafter. Nike’s “Moon Shoe” was originally designed for the runners of the Olympic Games. Only 12 pairs were launched in the 1970s, which is why it is still considered one of Nike’s most important masterpieces today. This pair in particular is still known today as the only unworn “Moon Shoe” artifact, which is why it quickly surpassed the estimated price of $160,000 during the auction.

The Nike story – a small idea on a big scale

Nike, formerly known as Blue Ribbon Sports, was founded in 1964 and opened its first retail store in 1966. It was founded by athletics coach Bill Bowerman and his former student Philip Knight. Their successful sale of Japanese running shoes quickly led to a new idea: Why not produce your own shoes? After the first shoe was publicly available in 1971, the company changed its name to Nike in 1978. The sales figures exploded, the company finally expanded worldwide via the East Coast of America and now made the company what it is today: a dynamic global player that not only revolutionized sneakers but also the world of sports.

The Converse Fastbreaks, worn by sports legend Michael Jordan himself, were auctioned in 2017 for a record price of $190,373 by an unknown buyer and are considered the most expensive sneakers ever worn during a sporting event. At the time of the auction, the sneakers were not in good condition, but they are considered an important asset in the sports scene: Michael Jordan wore them at the beginning of his college career and they were considered his good luck charm when he won the Olympic gold medal in 1994. After the game, he signed it and gave it as a present to the then 11-year-old son of Los Angeles Lakers legend Gil Goodrich, who had kept it for the last twenty years.

Who was Michael Jordan?

Known as Michael Jeffrey Jordan by birth, he is now considered one of the most influential professional basketball players ever in the history of the sport. He dominated the sport from the 1980s until the late 1990s and has won several awards from the sports scene.

The most incredible moments of his sporting legacy can be seen here:

These sneakers prove how popular the shoes of Bulls Guard Michael Jordan are. The pair was auctioned off by Preston Truman, a 35-year-old former jazz ball boy via an online auction in 2013. 104,000 dollars was paid for the black and red sneakers, which were also signed. It should be noted here: The starting price was 5,000 dollars at the beginning. The shoes became famous through the “Flu Game” in 1997, in which Jordan won 38 crucial points despite flu-like symptoms and helped the Chicago Bulls win. According to rumors, however, Jordan had spent the night before in a casino, which is why he was only hung over during the game.

Another gem from the house of Nike is in our list: In December 2016 these Nike Mags were sold by the Hong Kong auction house Dragon 8 for $104,000 to an unknown buyer from Hong Kong. The sneakers achieved cult status through the movie 80s film “Back to the Future” in which Michael J. Fox magically puts on these self lace-up sneakers. Granted: …this pair, while lacking all magical powers… Nevertheless the Self-Lacing Nike Mags still enjoy great popularity today.

In contrast to the 2016 Nike Mags, this pair is rather less functional. Nevertheless, it was sold in 2018 via Shoezeum’s eBay shop for a little less than 100.00 dollars. So the unknown buyer could be happy about a real rarity: It is considered to be one of the few original props from the movie “Back to the Future II” that are still available today. A true artifact of the pop culture of the 80s.

Sneakers from the movie “Back to the Future II”

It is rare that true film props are sold. No wonder that this rarity can be found in our list.

NBA star Stephen Curry auctioned this pair of Under Armour 6, which he wore to a basketball game in early 2019, for nearly $60,000 on eBay. The proceeds went to science education initiatives. The reason was his claim that the moon landing of 1959 had been staged, which had caused heavy criticism in the USA.

This pair of sneakers, created in collaboration between hip hop legend Eminem, Slim Shady, Carharrt and Jordan, was sold for a whopping $30,100 to celebrate Shady Records’ 15th anniversary.

You can see in this video how tough the 30.000 Dollar shoes are. Spoiler: Gasping for every sneaker fan is guaranteed:

To celebrate his Grateful album, American hip hop mongul DJ Khaled released the Air Jordan 3 Retro “Father of Asahd” in 2017 in a limited edition. These were sold for 20,000 dollars a piece.

At number 9 on our list of most expensive sneakers is the Nike Air Jordan 5 Retro Michigan Fab Five – a gift given exclusively to friends and family of the Jordan brand. Later, some pairs were resold for a whopping $20,000.

Granted: Not all of us have the necessary change to spontaneously order any Hollywood artifacts or limited editions. If you want to ride on the wave of the latest sneaker trends, you only need to know the biggest brands. In our list we mainly mentioned ‘Nike’ and their subdivision of the ‘Jordans’. Also classics like the good ‘Converse’ or ‘Vans’ don’t get old and if you like it more sporty, you should have a look at ‘New Balance’ or ‘Reebok’. Luxurious items are more likely to be found in the relative newcomer in the ‘Common Projects’ scene.