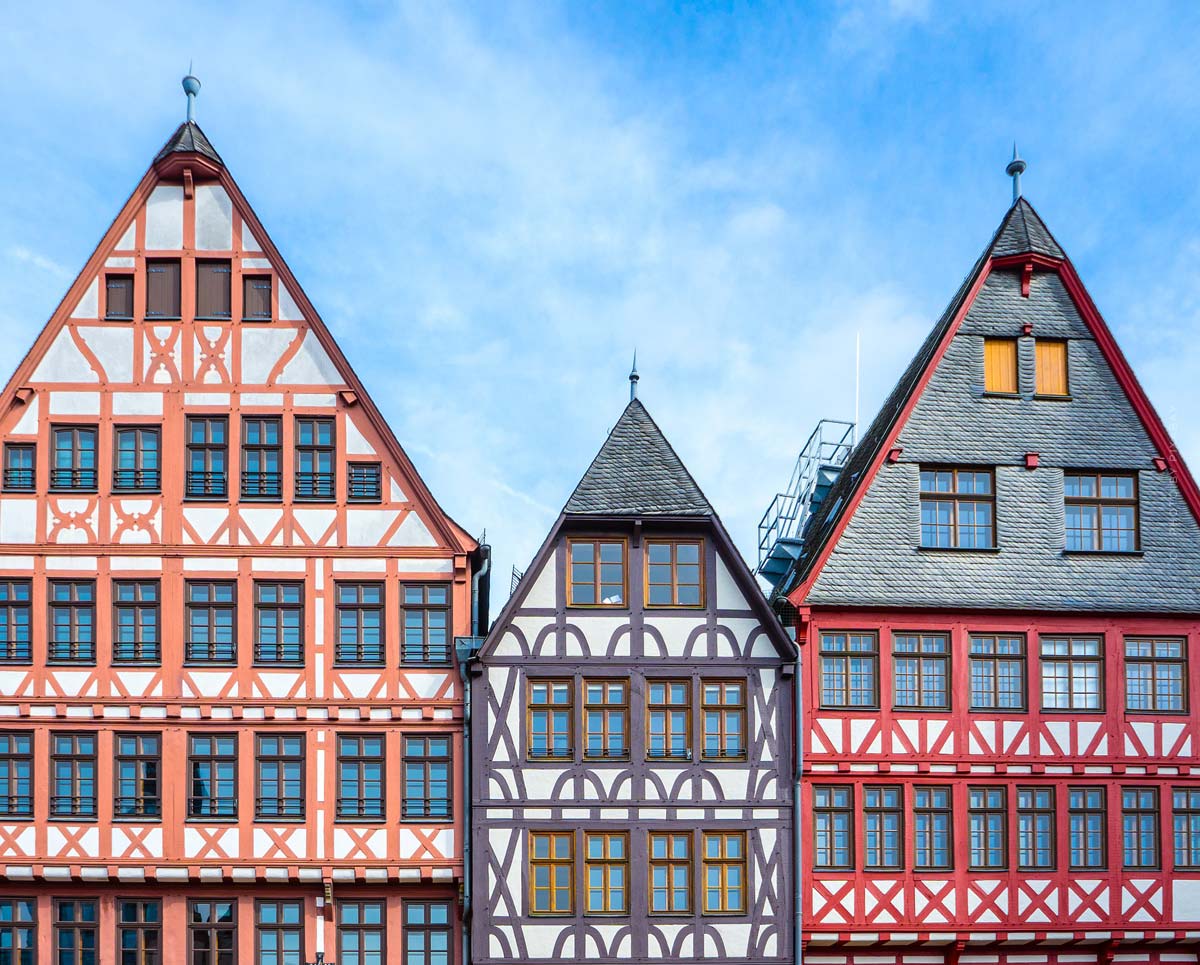 Half-timbered house – The rustic houses, which are especially widespread in Europe, have their own personal charm. Especially in the countryside and in villages you can still find some of these historic buildings, next to country houses or often converted into a holiday home. However, what looks so appealing to many from the outside can under certain circumstances quickly be associated with high costs: renovation or even refurbishment are not infrequently necessary for a half-timbered house. But when a half-timbered house has been modernised or at least overhauled, it is an absolute one-off – and magical. How you can protect yourself from excessive costs and still fulfill your dream of a half-timbered house, we tell you here. Tip and information for potential buyers: Buying a house. Click here to return to the overview of all common house types.

Features and characteristics of a half-timbered house

The term half-timbered house, which in Switzerland are also known as Riegelhaus, describes a construction method of houses that has been known for centuries. This is because the materials that are and were used for the construction of an authentic half-timbered house are natural materials that were quite easy to obtain in the area and at the same time could withstand wind and weather.

In classic half-timbered houses, materials such as straw, clay and even calf’s hair were used not only to build a wall, but also to insulate it additionally. The most striking feature of half-timbered houses is the façade, in which the literal half-timbering – the beam construction of the house – is openly visible. Often the “work”, i.e. the wooden beams, is not plastered in the interior either and accordingly a unique living atmosphere is offered. This fits perfectly with the country house style, for example.

Tip. Are you still thinking about buying or building a house? Then take a look at our article in which builders and experts report on their experiences!

Are you looking for the right house? Then check out our guide! Here you will find definitions, meanings and lots of information: House types from A-Z

The basic structure of a half-timbered house is the typical wooden beams, which are exposed to the outside and give the half-timbered house the look we all know. The ‘fan’, the open spaces between the beams is filled with a mixture of clay, straw and hair, bricks and mortar or, very modern, concrete. The type of filling the house has is determined by age, preferences and also the skills possessed by the renovators.

A very special feature of half-timbered houses, especially in cities, is that they become wider towards the top. The reason for this is that even in the past, building land was expensive, so people tried to get the most out of the land they bought.

For many, the dream of a half-timbered house is based on the fact that they themselves grew up in one, or that half-timbered houses were omnipresent in their own homeland. So positive memories are often associated with the type of construction.

If you’re understandably a fan of timber framing too, or are thinking about moving into or renovating a timber framed home, then we’ve put together a few pros and cons for you to potentially help you decide if you do indeed want to make the move to timber framing.

As already mentioned, half-timbered houses are a place with which many of us associate memories. Especially the renovation and reconstruction are heartfelt projects for many owners, which are carried out with a lot of passion. The traditional buildings also often enjoy listed status, which is why owners can enjoy government subsidies. In addition, the charm of a half-timbered house is simply unique, and offers you very special living.

With historic houses of course also come a few not to be neglected disadvantages, especially in terms of energy sustainability, half-timbered houses can bring quite a few disadvantages with them. However, this can be partially improved with renovation measures.

Families with children will definitely feel at home in timbered houses. The nested houses offer adventures for children and the layout allows most to have their own bedrooms. In addition, many half-timbered houses also have gardens where the little ones can let off steam.

Couples: Renovation as a joint task

Are you looking for a task that you want to master together. Then perhaps the renovation of a half-timbered house is the right thing for you. Because there’s something for everyone to do here, whether it’s larger, craft projects or small painting tasks, a renovation requires all of the above. A timber-framed house in particular has very specific needs. And the living space is definitely there too. So if you’re up for it, all we can say is: get stuck in!

Older people, which we have summarized here as pensioners, can enjoy living in a half-timbered house very much. However, this type of house is very rarely barrier-free and the monument protection, under which many half-timbered houses are, makes it difficult to set up disabled-friendly living. Whether another living environment would not be more suitable in old age should therefore be considered carefully.

The position of the type of house as a lover’s property is something we have highlighted many times in this article. For multiple reasons, living in this house is sometimes difficult, but can just as well be unbeatably great for other reasons. In order to support the disadvantages and advantages a bit more, we have taken a closer look at the topics of renovation and architecture.

Renovating historic buildings from the ground up can be really labor intensive and you are advised to check a few factors before you decide to renovate. For example, whether there are experts in your area who are familiar with half-timbered houses.

In addition, the protection of historical monuments naturally plays a decisive factor in the preparation. You should consider these factors to guarantee that the dream of a half-timbered house is not connected with a rude awakening.

If you are interested in half-timbering not only because of its beautiful appearance, but also because of the history that lies in every single wooden beam, we have put together a small overview for you that briefly summarizes the most important steps in the history of half-timbering:

The energy efficiency of a half-timbered house depends very much on how old the building is and how much renovation and modernisation work has been carried out on the house in recent years. A modern half-timbered house, for example, has similar values as a new building in other architectural styles. Nevertheless, the following should be considered for older half-timbered houses in terms of energy sustainability:

Before moving in: What you should know

Owning your own property has a number of advantages. As a homeowner, you have a lot more freedom when it comes to designing your own four walls. But with the freedoms also comes quite a bit of responsibility and additional costs that you do not necessarily calculate in advance.

However, if you can’t put the time into upgrading a frame house, new construction is a good alternative.

A major criticism voiced by some architects and art historians about new construction in the half-timbered style is that the original, sustainable style of building purely from natural materials is often no longer the case, but that it is only a matter of the visual aspect. Thus, materials are often used which, in the view of some, do not do justice to the half-timbered style.