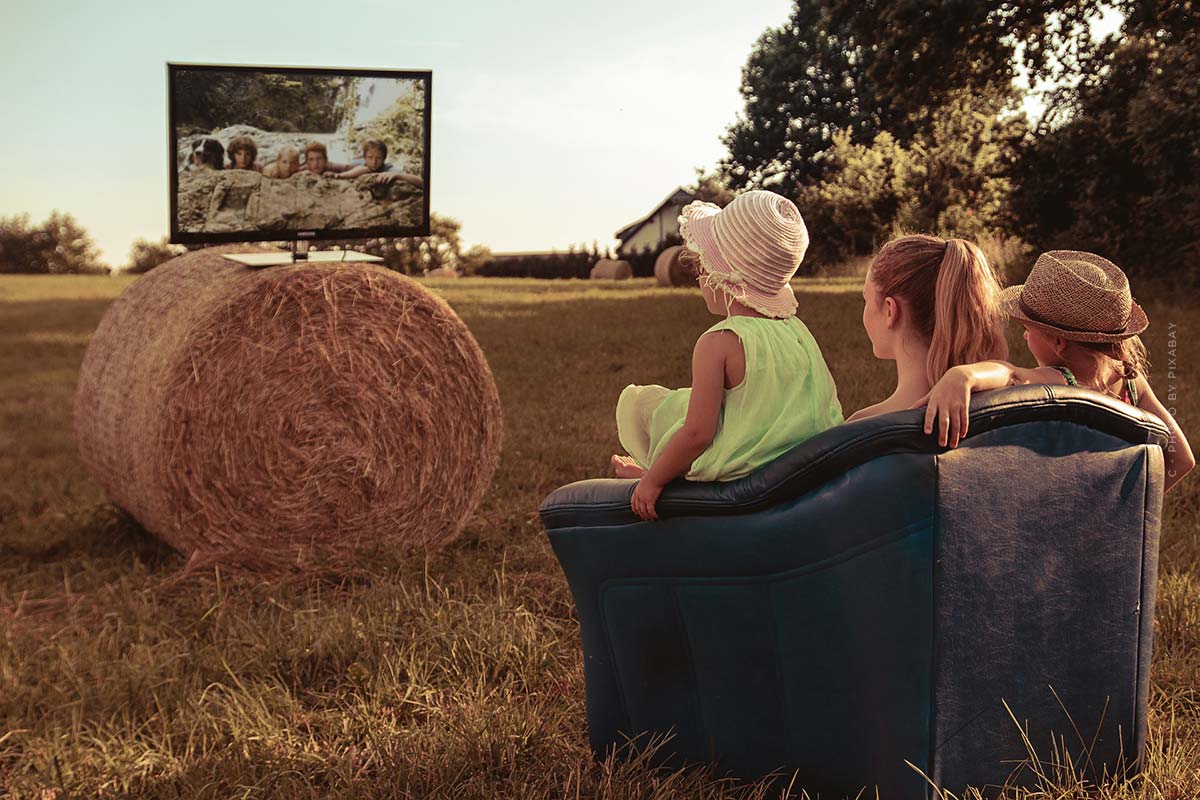 The most popular TV series of modern times – What are good series? What is the best series in the world? Which Netflix series are good? Before we take you through the most popular TV series of the modern era, let’s take a quick leap into the past, into the history of TV series. Oh – and we have a spoiler for you: Contrary to its name, Game of Thrones doesn’t top our list, for once.

Overview
1 Revolution TV: Tube to Netflix, Amazon & Disney
1.1 History of the TV series: It wasn’t that long ago…
1.2 Genres: From fictional to educational
2 The most popular TV series 2020
2.1 The most popular TV series of the modern era – Video
2.2 NCIS: Hotte Special Agents in Action
2.3 Young Sheldon: Spin Off of Big Bang Theory
2.4 This Is Us: Emotional stories are written by life

The television set was available in the late 1920s, but reached only the fewest in society. The technology of the television was still too experimental at that time. It was not until a few decades later, after the Second World War, that an improved form of black and white television broadcasting enjoyed great popularity, especially in the USA and the UK. By the 1950s, the television was considered the most important medium for influencing public opinion, and ten years later, the now-familiar color broadcast was introduced.

VSH tapes, hard drives and DVDs revolutionized the television landscape. After the introduction of digital television, the resolution also improved. Thus, HDTV could now be in 1080p, 1080oi and 720op. Today, internet television has established itself. For example, streaming services like Netflix, Amazon, and Hulu now allow video on demand. One of the most popular here is the TV series.

History of the TV series: It wasn’t that long ago…

Unlike a movie, a TV series is broadcast in individual episodes. These are often linked by a narrative context (much like the chapters of a book). The core cast usually remains the same and the many episodes are eventually divided into seasons. A series with a limited number of episodes can be called a miniseries.

The first TV series were, like the television set, rather experimental in nature. The first broadcasts took place from the 1930s, but they could only be received near the local TV tower. In 1948, a breakthrough occurred when the popular radio program Taxaco Star Theater became the first variety show broadcast weekly. In 1966, the first full-color prime-time season occurred and the availability of color television increased the popularity of regular television broadcasts.

Before the 1980s, the suspense of the storyline remained mostly static. There were hardly any dramatic twists in the lives of the protagonists. This meant that the episodes could be broadcast in different orders. A dramatic structure of the series plot, as we know it today, only became popular in the late 1980s.

Genres: From fictional to educational

The TV series is more diverse than most other media forms due to its multitude of narratives and formats.

All series can be assigned to at least one of the following genres:

With all the different formats, it is not surprising that in our ranking of the most popular series of the modern era, everything the heart desires, can be found. Nevertheless, we were really surprised by the editors, who has crept in recent years so at the top of TV history. 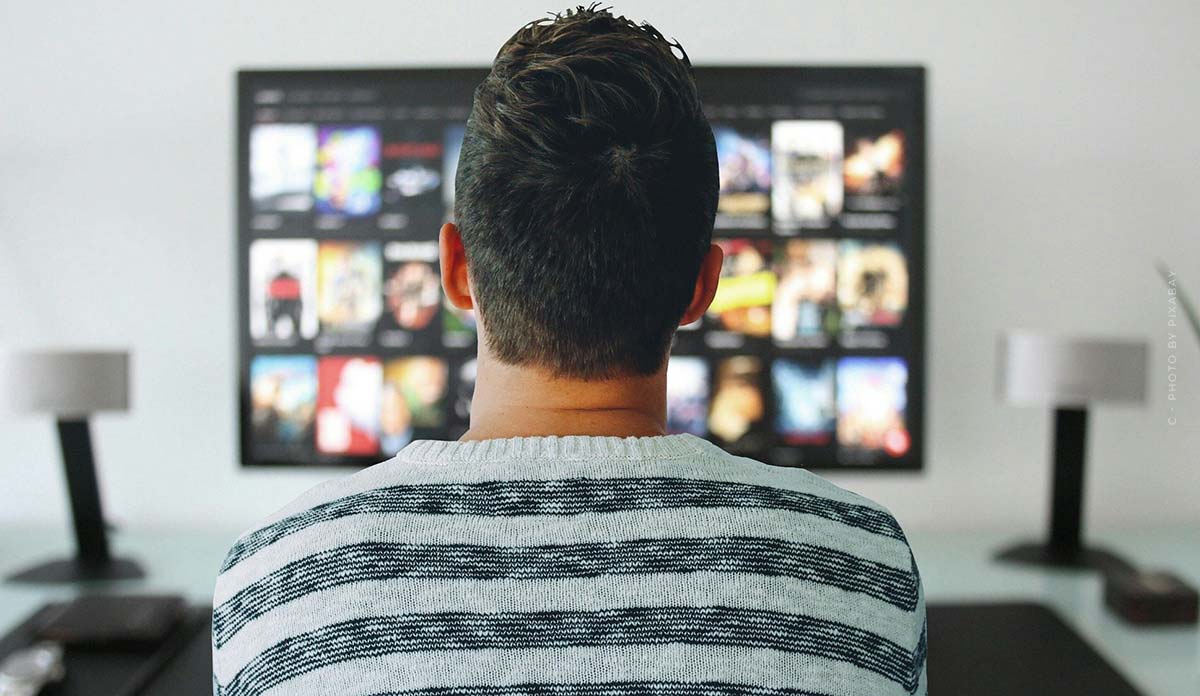 The most popular TV series 2020

Who of us doesn’t know this. It’s a normal Sunday evening. The stomach is full from dinner. So you lie lazily with the family on the couch. And almost automatically the hand goes to the remote control. It is switched through the television program. Especially during prime time at 8:15 p.m., you’ll find everything the TV viewer could possibly want: rip-roaring horror movies, dramatic casting shows, tele-shopping for the next Christmas present and, of course, that classic: the TV series.

Here we have summarized for you the most popular TV series ever:

The most popular TV series of the modern era – Video

The most popular series of modern times is also one of the oldest and probably known to most of you: The Naval Criminal Investigative Service – NCIS for short. The NCIS is a fictional team of American special agents who have been regularly solving mysterious murders and criminal cases since 2003. The team is led by Special Agent Leroy Gibbs, a former Marine. Also on his team are Senior Field Agent Tony DiNozzo, a handsome misogynistic homicide detective; Eleanor Bishop, a former NSA agent; and Junior Field Agent Timothy McGee. Also attached are criminal investigators Abby Sciuto and Dr. Donald Mallard.

The series premiered on CBS on September 23, 2003, and is the second longest-running primetime series in the United States after the hit TV show Law & Order. The original title was Navy NCIS, though later the Navy became redundant and the series has since been known only as NCIS. Six successful seasons later, it eventually spawned a spin off – NCIS: Los Angeles. Five more seasons and some awards eventually led to another successful spin off – NCIS: New Orleans.

Quick Facts: That’s how many seasons there are already

Check out the latest trailer for season 17 here:

The series revolves around the life of nine-year-old Sheldon Cooper, who attends high school in the fictional town of Medford, Texas in the 1980s. His unique intellectual abilities present him and his family with many challenges.

The television show is a spin-off prequel to the popular Tv show The Big Bang Theory, following the later lives of Sheldon Cooper and his friends. Originally, Young Sheldon was a spontaneous idea Jim Parsons, who plays the adult Sheldon in Big Bang Theory. He passed the idea on to the producers in November 2016 and the first castings were held the following March.

Due to the huge success of The Big Bang Theory series and its huge worldwide fanbase, Young Sheldon first aired as a special preview September 25, 2017. Two days later, it became official: CBS picked up the series for a full season, and since November 2, 2017, fans have been able to follow the life of Young Sheldon Cooper on a weekly basis.

Cast: The family is complete

CBS released more than five trailers ahead of the special airing of Young Sheldon. Check out the promos here:

This Is Us: Emotional stories are written by life

Also on place three of our list is the genre comedy and similar to Sheldon, a very special family is in the foreground: The families around the siblings Kevin, Kate and Randall.

A brief flashback: In 1980, the actual triplets Kevin and Kate are born. Their brother dies at birth. Believing they were supposed to have three children, the parents adopt Randall – a young boy of African-American descent. The father Jack Pearson passes away, and the mother Rebecca Pearson later marries her late husband’s best friend. Randall becomes a successful financial professional and family man; Kevin becomes an actor and the musical Kate becomes a mother.

Most episodes take place in the present, while others take place at specific times in the past. The focus is always on parents Jack and Rebecca and their three children. Only from the second season there are also flash-forwards that show the future of the family.

Quick Facts: A Comedy for Everyone

Cast: From young to old

Watch the emotional trailer for the award-winning series here:

Whether it’s a thriller, romance or comedy, we all look forward to watching an episode of our favorite series over a glass of beer after a long day. It never gets boring and the creative minds of Hollywood come up with something new. Whereby … you don’t really need that much creativity. After all, life writes the best stories, right?